Refugee advocates are calling on bylaw officers to issue warnings rather than fines after a young Syrian man who speaks limited English received an $880 ticket for using a closed Ottawa park.

Quasi Alnofal, 20, says he didn't understand the rules when he let his younger siblings play in a park

Refugee advocates are calling on bylaw officers to issue warnings rather than fines after a young Syrian man who speaks limited English received an $880 ticket for using a closed Ottawa park.

Quasi Alnofal, 20, said he didn't know city play structures were off limits due to the COVID-19 pandemic when he briefly allowed his younger siblings to climb on one when he took them for a walk on Saturday afternoon.

In Ottawa, people are only permitted to walk through public parks, and risk large fines if they sit down on benches or use play structures, picnic tables, ball diamonds or any other equipment.

But some advocates say that message has only been officially issued in English and French, and it's not getting through to people who aren't yet fluent in either of those languages.

"His English is becoming conversational, but there's a lot of vocabulary that he doesn't know. He couldn't tell me the word for play structure, so I had to teach him what a play structure was. And he didn't know a word for bylaw officer either," said Ronalee Carey, an immigration and refugee lawyer who was part of a group that helped sponsor the Alnofal family and bring them to Ottawa in August 2017.

Roger Chapman, the director of bylaw and regulatory services for the city, said his department is not aware of any instance where officers had trouble communicating with a resident due to a language barrier.

"Where such an instance occurs, Officers would make their best efforts to clearly communicate with the individual, and this may include speaking with a member of their family who would be able to interpret, or to call another Officer who may speak the language," Chapman wrote in an email to CBC.

Alternatively, Chapman said, bylaw officers would normally reach out to a "community resource" for help translating.

'They don't have enough English'

Carey said Alnofal is aware of the pandemic, as he has been laid off from his job at Shawarma Palace because of COVID-19.

"They don't have enough English to be able to understand," Carey said.

She said Alnofal believed he was properly observing social distancing rules by keeping his young siblings away from other people during their time outside.

"They knew they weren't allowed to be with other people. And that was why he kept telling me, 'There was nobody around. There was no kids. There was no one there. I thought we were OK,'" Carey said. 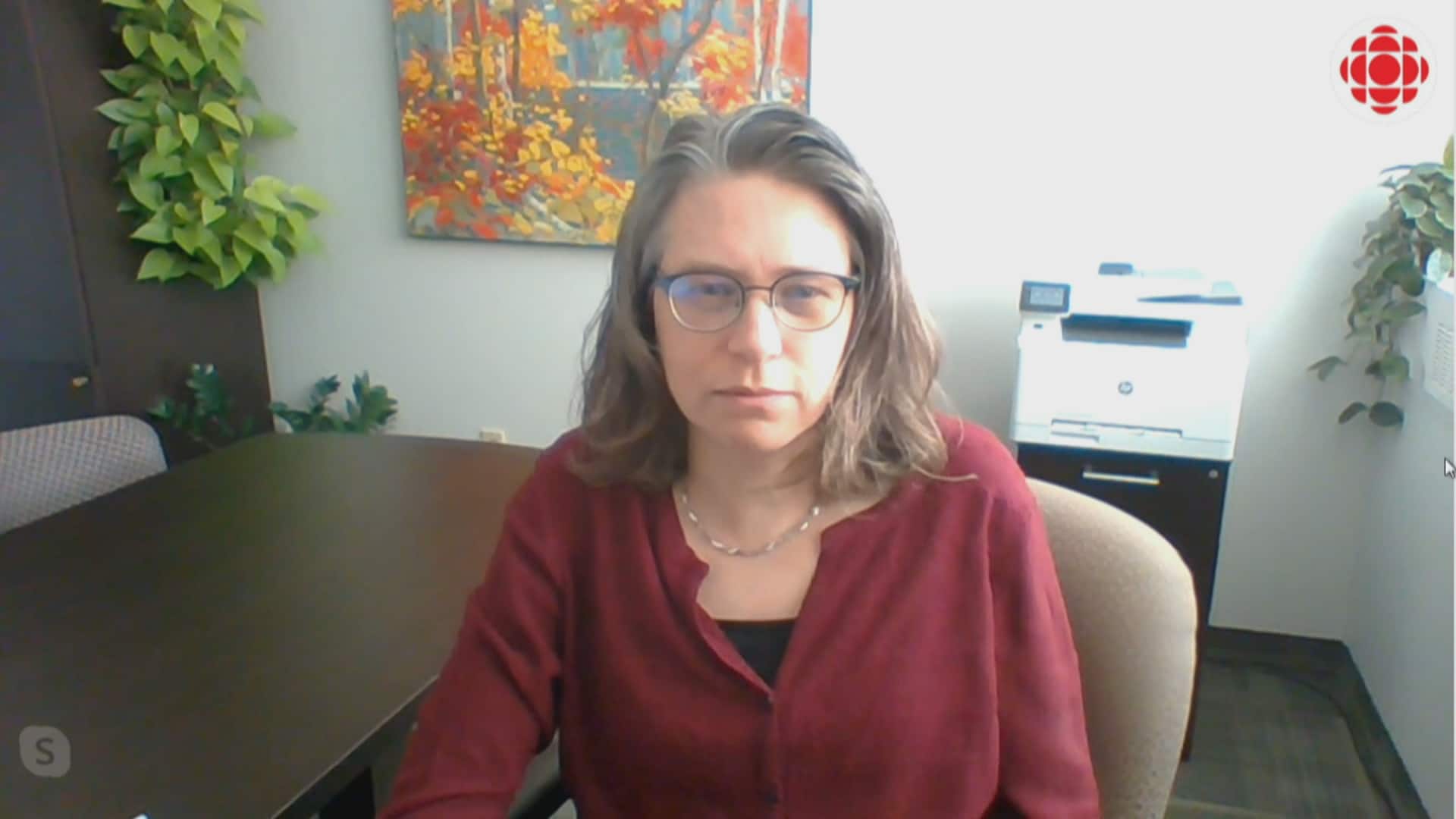 "If he had known that he wasn't allowed to let the kids go in the place structure, he said, 'I wouldn't have let them go on.'"

Carey said Alnofal told her he only noticed a sign after his encounter with the bylaw officer, but it was lying on the ground and not attached to the play structure. Alnofal told CBC News the same during an interview on Wednesday.

'I know that I made a mistake'

He said he didn't have any identification on him at the park to show the bylaw officer. Alnofal said the officer showed up at his nearby home a short time later, and once again asked to see identification before writing him a ticket.

The stated offence on the ticket is, "Remaining in area of a park closed by the director."

He said he now understands the rules.

"I know that I made a mistake, and people should not get out of the house."

Carey said she is now working to help Alnofal understand that he can leave the house to go for a walk, but there are restrictions.

Other advocates say many former refugees and immigrants want to follow the rules, and are trying to keep their communities informed. But sometimes, the messages that get out aren't factual.

Last Friday, some Arabic-speakers held an informal webinar about COVID-19, where they encouraged people to take their kids "out to play, including to parks and playgrounds," according to Louisa Taylor, director of Refugee 613.

"That was done by somebody who had the best intentions in the world, but was not up on the latest news that parks were a no-go zone." Newcomers may not be getting vital information about pandemic, advocate says

10 months agoVideo
0:50
Louisa Taylor, director of Refugee 613, says officials should be making information about COVID-19 as accessible as possible, which may mean translating material into languages other than French and English. 0:50

Taylor said she has asked Ottawa Mayor Jim Watson to instruct bylaw officers to use discretion when they're talking to someone whose first language clearly isn't English or French.

"My question would be, what do bylaw officers have as instructions on how to talk to people who probably may not understand English well?" Taylor said. "Let's put the emphasis on warning people and informing people."

Earlier this week, city officials said they issued many more warnings than fines over the weekend.

"Most of the time it was education, and we continue to use judgment," said Anthony Di Monte, the city's general manager of emergency and protective services.