As the new school year gets underway amid a pandemic, some classrooms in Ottawa sit empty while others are bursting at the seams. Meanwhile, teachers across the province are being declared surplus as they anxiously await their new assignments. 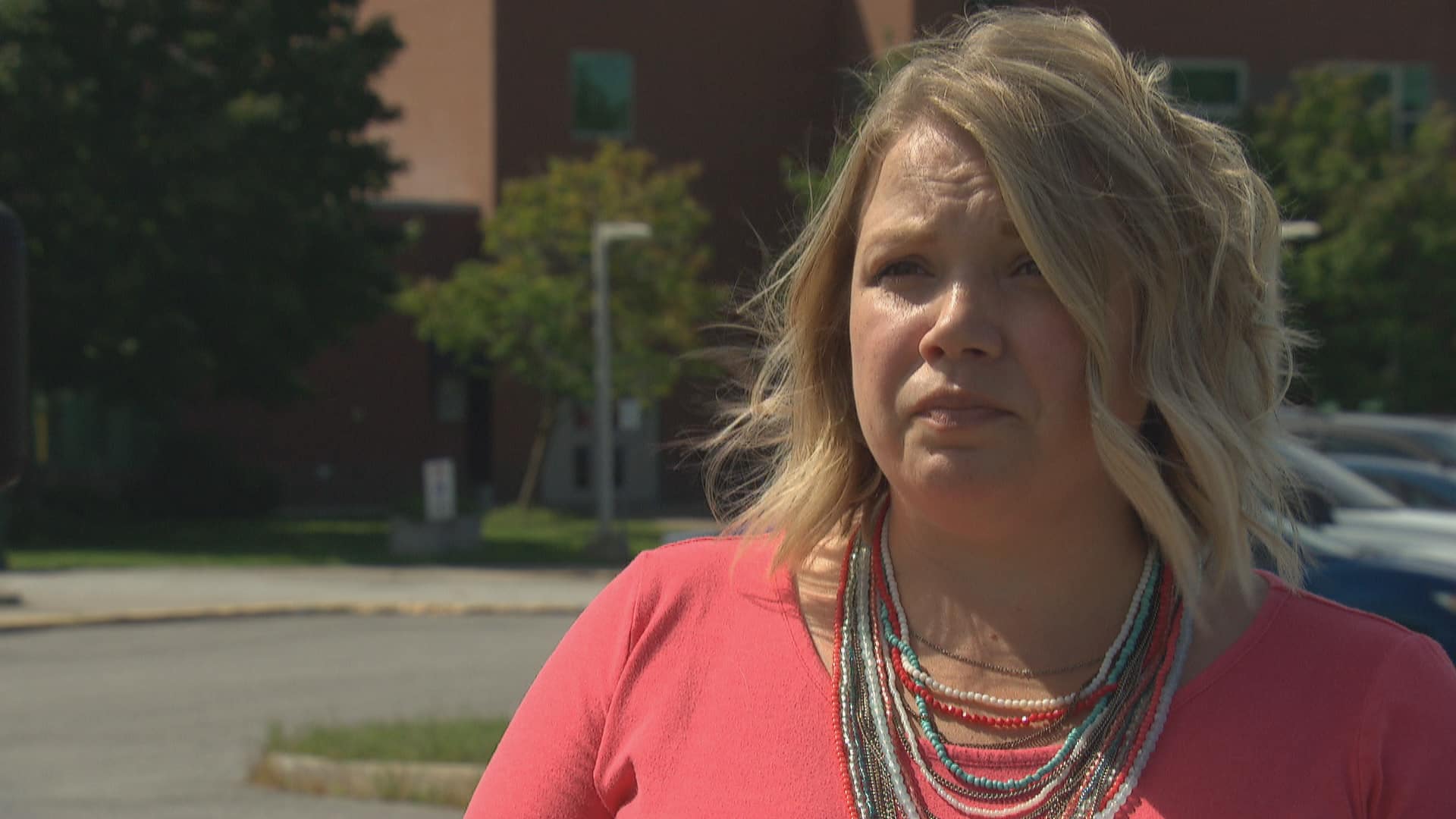 2 months ago
1:26
Megan Dybka, whose son goes to senior kindergarten in Orléans, says she was surprised and frustrated to learn that class sizes would not be smaller this year, despite the number of students opting for online learning. 1:26

When Megan Dybka's son goes back to school in mid-September, his senior kindergarten class will likely be bigger than last year — not at all what Dybka expected in these times of COVID-19.

"When I opted for in-person learning for him, I was hoping that his class size would be a little smaller than normal," said Dybka, who found out this week there may be 28 or 29 kids in her son's combined class at Maple Ridge Elementary School in Orléans.

"So now, not only has our class size not shrunk at all, it actually increased even beyond its pre-pandemic levels."

Dybka, who said she knows parents who are now having second thoughts about sending their kids to school at all, believes it makes no sense to have some packed classrooms while others sit empty.

"There will be empty classrooms," confirmed Malaka Hendela, co-chair of the Ottawa Carleton Assembly of School Councils.

Hendela's own son is entering Grade 4 at Elgin Street Public School, which she said has experienced overcrowding in recent years.

"If we have empty rooms in our overcrowded schools, we haven't done something right," Hendela said.

School boards in Ontario don't have the option of maintaining lower class sizes by not filling spaces left by students learning from home, according to Cathy Abraham, president of the Ontario Public School Boards' Association.

That's because the boards must adhere to funding agreements with the province that keep class sizes consistent no matter how many students opt out, she said.

As boards now combine smaller classes into bigger ones, fewer teachers are needed. As a result, teachers across Ontario were told this week the jobs and assignments they'd been preparing for all summer are no longer available.

Many of these teachers have been declared "surplus." Some will take part in the virtual "schools" and "academies" being set up to teach kids remotely.

"The work is still underway to identify and confirm staffing changes," wrote OCDSB communications director Darcy Knoll in an email to CBC on Thursday.

"We still require the same number (or more) teachers, but we need them in different places. Surplus staff will be redeployed in the district; some in other schools and many in the virtual schools."

Knoll added there will be no layoffs.

Other school boards in Ottawa are facing the same challenges.

"Unfortunately, the reassignment this year is very high, but it's temporary," said Michele Pierce, local president of the Ontario English Catholic Teachers' Association.

She's concerned there will be a shortage of teachers to fill all the gaps left between in-school and online learning.

"A shortage of occasional teachers will be a key issue going forward," said Pierce.

The OCDSB couldn't say how many teachers have been declared surplus.

"We don't actually know how many have been told so far. I think it's pretty much a guessing game at this point," said Susan Gardner, who became president of the Ottawa Carleton branch of the Elementary Teachers' Federation of Ontario on Sept. 1.

At a time when many teachers are already anxious about going back to school in the midst of a pandemic, Gardner said the ever-changing scenarios aren't helping the situation.

"As you can imagine, the anxiety levels are really high if you don't know exactly what you're teaching," she said. "The frustration is with the ministry, to be clear. I think people are understanding that the boards are scrambling, the principals are scrambling."

Many parents are feeling similar anxiety. Dybka wrote a letter to the premier this week expressing her worries.

"I received a form response boasting about Ontario's 'nation-leading back-to-school plan,' and not addressing any of my concerns," she said.

When asked about the collapsing and combining of classes, a spokesperson for Ontario Education Minister Stephen Lecce said the province has invested $100 million to assist in the hiring of more teachers and reduce class sizes.

"We will never hesitate from taking further action to protect the health and safety of Ontario's students and education staff," wrote the minister's spokesperson, Caitlin Clarke, in an email to CBC.

Earlier this week, Premier Doug Ford was asked by reporters about ongoing concerns from teachers and their unions.

"Everything you've wanted, we've given you," said Ford in an answer directed at teachers' unions. "We put $1.6 billion into education, more than anyone, more than anywhere in the country in any ministry."