Meet the Class of COVID-19

We'll follow these four Ottawa students as they return to in-class learning during a pandemic.

CBC will follow these four Ottawa students over the next few months as they return to school for in-class learning during COVID-19.

Students in Ottawa are back at school after a six-month hiatus from in-class learning. Many spent the intervening time isolated from friends, or at least limiting their close contacts.

As of last week, they're all back in class, though thousands have continued their learning online. For those who haven't, the growing number of COVID-19 cases and outbreaks in Ottawa schools threatens to curtail their education once again.

Because strict protocols aimed at reducing the spread of COVID-19 prevent us from getting a look inside those classrooms and corridors, CBC reached out to four students from various grades to get their perspectives on this unusual — and uncertain — period in their young lives. 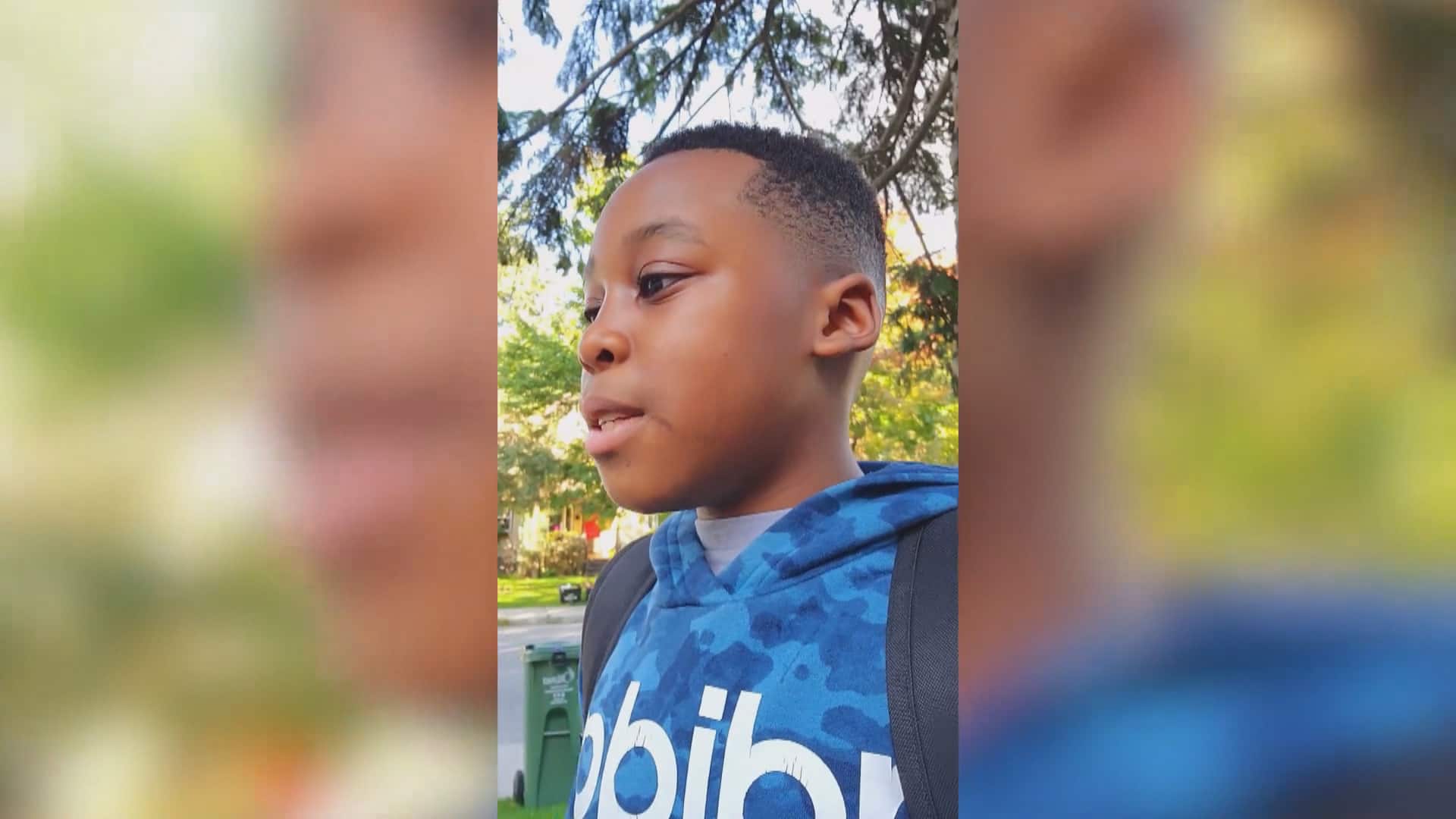 Back to school with Akwa Udoeyop, Grade 5

5 months ago
1:16
Akwa Udoeyop, who started Grade 5 this year, says recess and gym class are some of his favourite parts of the day, even with physical distancing measures. 1:16

Akwa Udoeyop, 9, just started Grade 5 at Elmdale Public School. Because the school is under renovation, classes are held at the former Century Public School in Nepean.

Udoeyop spent the spring and summer playing Lego and checkers, creating stop-motion animation videos — "I'm really good at it!" he assured us — and hanging out with his mom and a favourite stuffed animal named Froggy. "He's like a family member to us," said Udoeyop.

It feels really good to be back.- Agwa Udoeyop, Grade 5

Udoeyop was supposed to go by school bus, but the Ottawa Student Transportation Authority cancelled his route because of a lack of drivers, so his mother will drive him the seven kilometres to and from school instead.

A little nervous en route to his first day back, Udoeyop double-checked his backpack: lunch, pencil case, water bottle, Band-Aids for school yard misadventures and "two masks … just in case I need an extra. Two clean ones," he clarified.

On Udoeyop's first day students heard "a whole lecture" about the basics of handwashing, mask-wearing and keeping desks clear "so the janitor can sanitize them."

Recess meant spacing out in the schoolyard, which is separated into zones. "They all had cool names like Wakanda ... Hogsmeade [and] Jurassic Park," he said.

"The first day of school wasn't bad. I was actually happy to see my friends," Udoeyop added. "It feels really good to be back." Back to school with Darya Heynen, Grade 7

Darya Heynen has just started Grade 7 at École secondaire publique De La Salle in Lowertown. COVID-19 sidelined her neighbourhood swimming pool this summer, but at least her taekwondo has started up again.

Heynen, 11, bikes to school with friends, but plans on asking her parents to drive her when it gets colder "just so … I don't have to bring the germs on the [OC Transpo] bus into my school."

I wanted to go back to school because I really missed the social interaction.- Darya Heynen, Grade 7

Heynen said students sanitize their hands upon entering the school and then gather in the cafeteria, where they sit in "little, green taped squares" that are assigned to each class.

"I wanted to go back to school because I really missed the social interaction," said Heynen. "I was really happy to go back and … see my friends and to actually have a real teacher, not just all online." Back to school with Demeter Riedmueller, Grade 9

5 months ago
0:49
Demeter Riedmueller, who started high school this year, says even with in-person classes, she doesn’t feel like she’s getting as much done as usual. 0:49

Demeter Riedmueller, 13, is starting Grade 9 at Lisgar Collegiate Institute. She takes the LRT to school and can get there in less than 15 minutes. "There are … a lot less people on the train because of the pandemic. So it's not crowded and it's easier to social distance."

She spent part of her quarantine playing with her two cats, Tinker and Tailor, and watching episodes of RuPaul's Drag Race.

Riedmueller was looking forward to starting her first year of high school, but admits the first week has been anticlimactic because of how her schedule worked out. "I'm taking art and gym. I'm kind of annoyed about that because [they are] the two easiest subjects," she said.

Riedmueller said she appreciates the return to some semblance of a routine, but admitted she's "still feeling very unproductive." 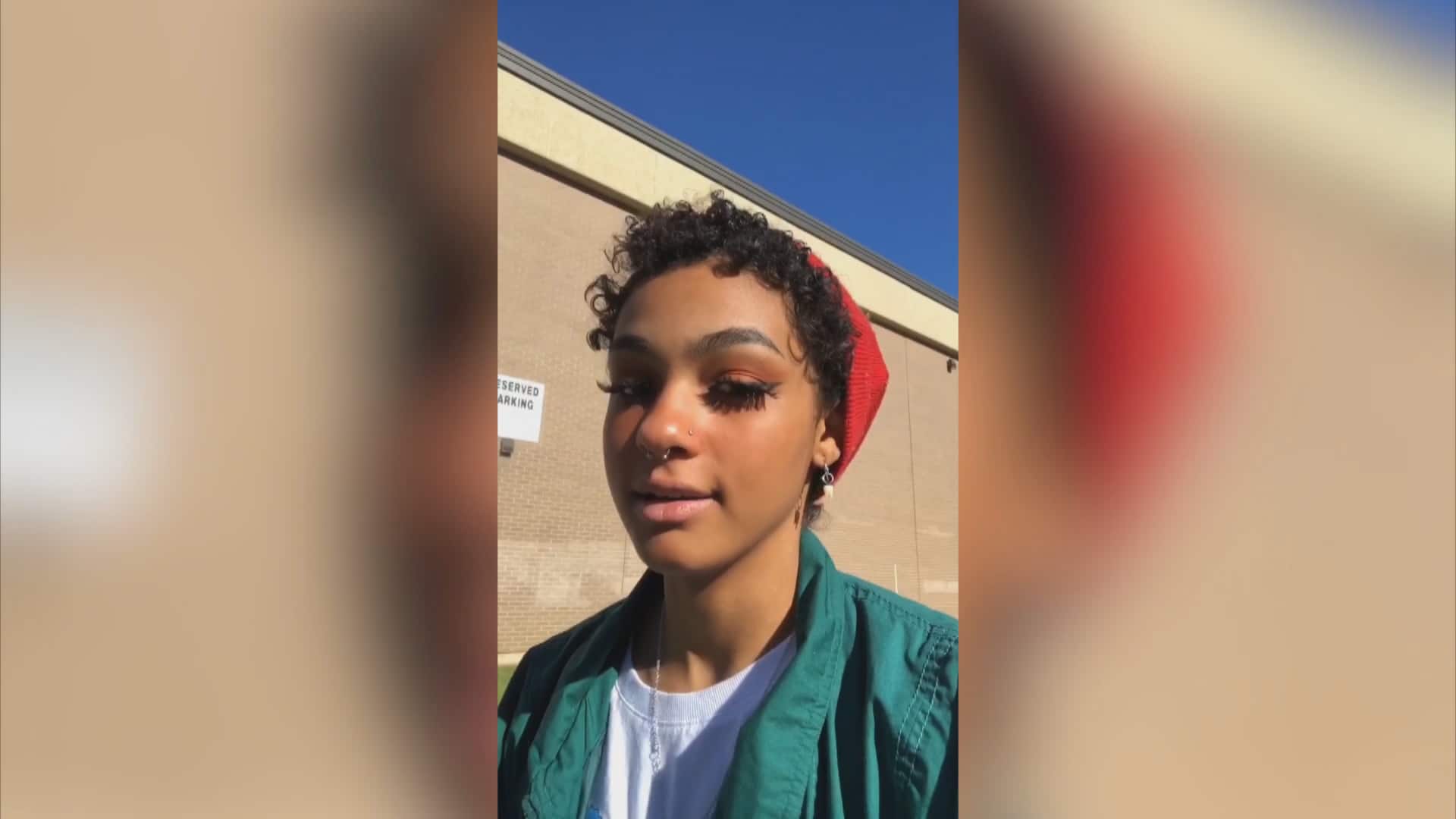 Back to school with Vanessa Brohman, Grade 12

5 months ago
1:21
In her final year at Canterbury High School, Vanessa Brohman says she missed the structure of school when classes were first cancelled in the spring. 1:21

Vanessa Brohman, 17, is in her final year at Canterbury High School, where her love of music, art and poetry has found fertile ground. "There's art made by students all over the walls, all over the hallways. [It's] very, very cool."

Being here is getting me back on track.- Vanessa Brohman, Grade 12

She missed the structure of school this past spring. "When we were in quarantine, I didn't even know what day it was," said Brohman. "Being here is getting me back on track."

But her return to school is not without worry, especially about the number of students coming and going. "It makes me a little bit uncomfortable," she said, but added she thinks the risk is manageable "as long as people are wearing the masks [and] washing their hands."

Brohman has already developed a new after-school routine. "When I get home, I throw my mask in the wash, throw my clothes in the wash and go upstairs and take a shower before I do anything else."