An international sports apparel chain is walking back the decision by one of its Ottawa stores to reject an order for a customized hat with the words "Black Lives Matter."

An international sports apparel chain is walking back the decision by one of its Ottawa stores to reject an order for a customized hat with the words "Black Lives Matter."

Gatineau, Que., resident Vincent Obiang said he tried to get a black baseball cap embroidered with the popular slogan at Lids, ahead of a massive anti-Black racism demonstration held in the capital last week.

The 34-year-old said when he came to pick up the item from their Tanger Outlets location, he was told by the store's manager the work couldn't be done because the message he requested was "political," and was given a refund.

"I was really upset, to be quite honest," Obiang told CBC News. 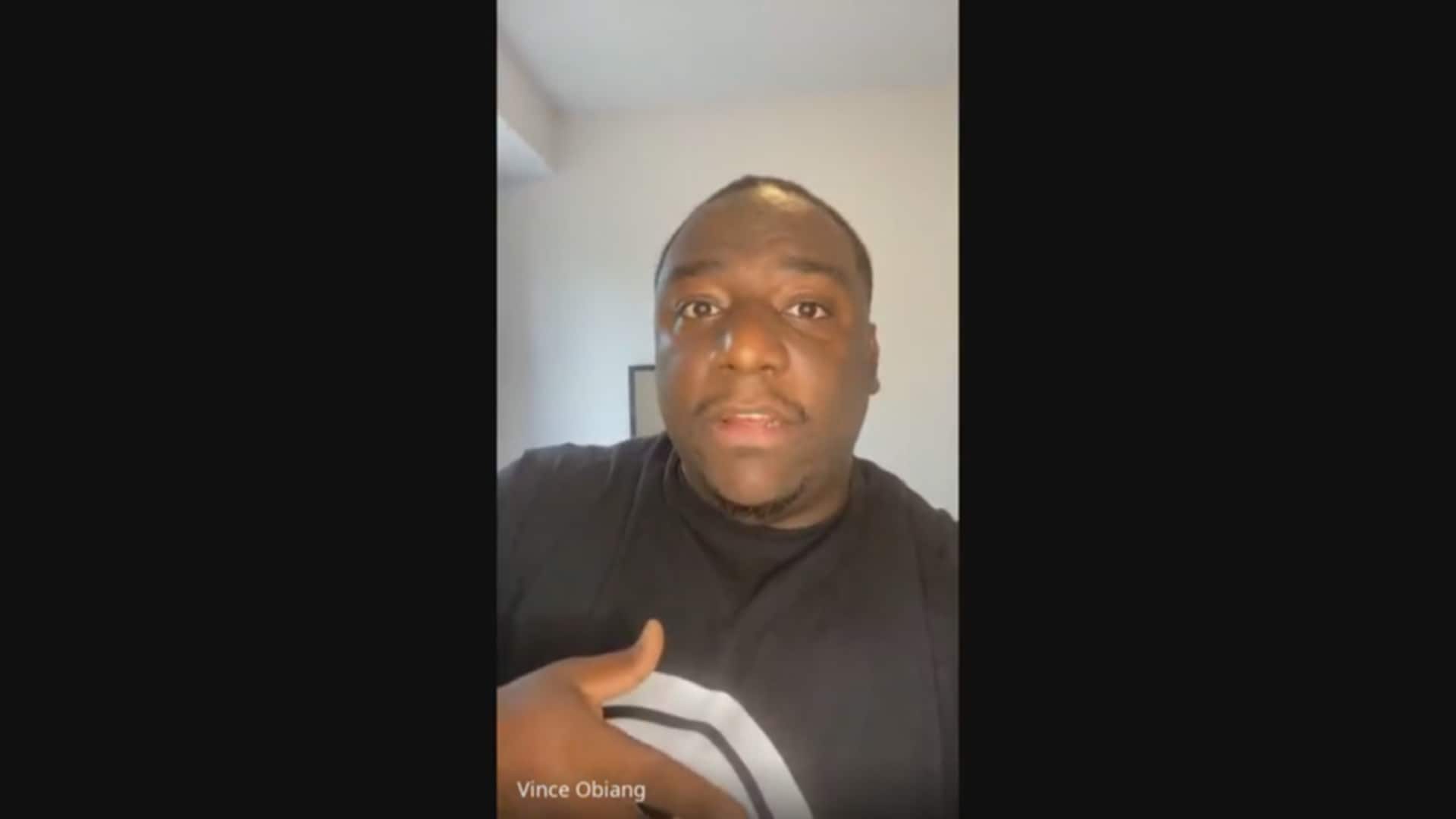 ‘These are the kinds of things that we want to fight’

4 months ago
0:30
Gatineau resident Vincent Obiang says he was confused and angry when a Lids employee in Ottawa refused to embroider “Black Lives Matter” onto a hat, leading him to speak out. 0:30

Obiang said he went on the company's website to look for a statement supporting the manager's assertion, but he couldn't find one.

The incident didn't sit right with him considering the company's public statement in support of Black communities, so Obiang called the manager the next day for a more thorough explanation.

Hi there! There was some confusion of over the copyright status of BLM or Black Lives Matter. After researching the situation, we are able to customize those for anyone looking to have that done. This communication has been sent out to our stores. Thanks for letting us know!

In an email to CBC, the company wrote that their policy on customized hats "includes a strict stipulation around registered trademarks, which are not able to be added to merchandise without written authorization."

The slogan "Black Lives Matter," however, is not currently trademarked in the United States or Canada.

Manager 'made an error'

"The store manager at the Tanger Outlets Ottawa location mistakenly attributed this policy to a customer's request for Black Lives Matter, which she thought was a registered trademark," Lids said in its statement.

The company said it's since "clarified" the rules with its employees.

"Lids has a clear policy on the subject and it has been communicated to staff across all of its stores. The manager in question made an error."

Lids also received pushback when it expressed the same sentiment on Twitter, since Obiang claimed he was told it was due to the slogan's "political" nature.

The company responded that "there was also a change in policy earlier this year with political speech ... before [COVID-19] shut stores down."

"This communication may have been lost in the shuffle as we reopened," Lids tweeted. "We are now allowing more free expression on your caps!"