Thousands of people who underwent minor surgery at a Stittsville medical clinic over the last 15 years were at a higher risk of infection because of improperly cleaned medical equipment, health officials say.

Minor procedures could put patients at risk of hepatitis, HIV

Thousands of people who underwent minor surgery at a west Ottawa medical clinic were at a higher risk of infection due to improperly cleaned medical equipment over the last 15 years, health officials say.

Ottawa Public Health launched an investigation after receiving a complaint from a member of the public in late April about the Main Street Family Medical Centre at 1251 Stittsville Main St.

All surgical procedures were stopped the day after Ottawa Public Health got the complaint, officials said in a news release, adding there wasn't a specific complaint about a piece of equipment, rather an observation of the general lack of cleanliness.

No infections have been reported in connection with equipment at the walk-in clinic, which is located on the second floor of Brown's Your Independent Grocer.

Approximately 4,600 people who underwent a minor surgical procedure at this clinic between its opening in December 2003 and April 25, 2018 may have been exposed to the improperly cleaned equipment, officials said.

Ottawa Public Health said the 4,600 people represents about five per cent of the approximately 90,000 people who have been treated at the clinic.

The investigation applies to any procedure involving reusable medical equipment, including needle drivers, forceps and tweezers over the last 14 years. Those procedures include skin biopsies, incisions, the packing of an abscess or cyst or removal of sutures or staples. 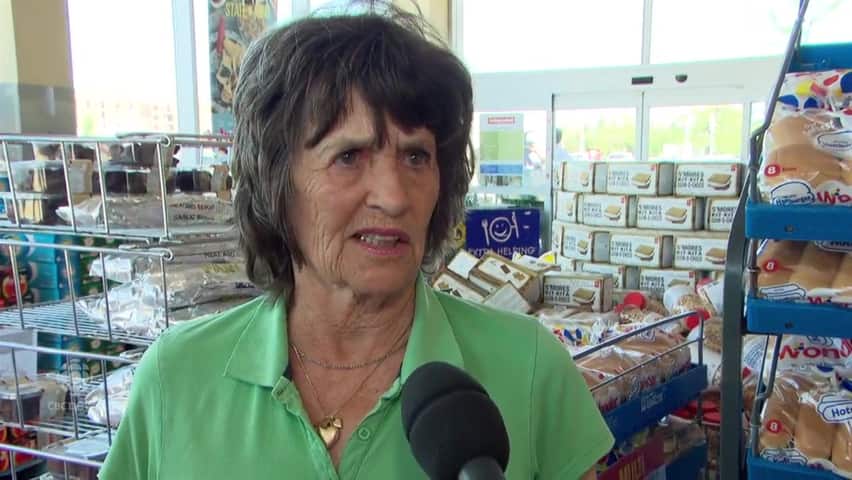 Patient 'disappointed, shocked' to learn she may be affected by dirty clinic equipment

3 years ago
0:46
Judy Navin says she and her husband have been visiting the Main Street Family Health Centre in Stittsville for years. She says they'll be checking their health records to see if they underwent any of the named procedures. 0:46

Patients should get tested

"To the best of our ability. We could not determine that the situation had not been better in the past," said Dr. Geneviève Cadieux, the health authority's associate medical officer of health.

Letters are being mailed to every patient, recommending they get tested for hepatitis B and C, as well as HIV.

"I've been here many, many, many times for different things … and I'm sure that I've had one of those procedures," said Judy Navin who has been a patient at the clinic for several years.

Minor medical procedures include having a skin tag removed, skin biopsy, incision, drainage, or packing of an abscess or cyst, removal of an ingrown nail, sutures, staples or removal of a “foreign body” <a href="https://twitter.com/hashtag/ottnews?src=hash&amp;ref_src=twsrc%5Etfw">#ottnews</a>

She said the clinic has always looked clean, but she's worried about how long it took before anyone noticed there was a problem.

"[The length of time] puzzles me because you put yourself in their hands and you automatically think it's a safe place and it would be beyond my thoughts that anything would ever be puzzling like this. I'm disappointed and very shocked."