A plan to restore the long vacant and derelict Somerset House has been cancelled, which could leave the heritage building undeveloped for years to come.

Coun. Catherine McKenney says the city should buy the building

A plan to restore the long vacant and derelict Somerset House has been cancelled, which could leave the heritage building undeveloped for years to come.

City staff learned the owner of the building at Bank and Somerset streets, Tony Shahrasebi, has decided not to move forward with the latest development plan for the historic property.

"I'm frustrated on behalf of residents who expect that we're doing everything we can to protect our heritage." 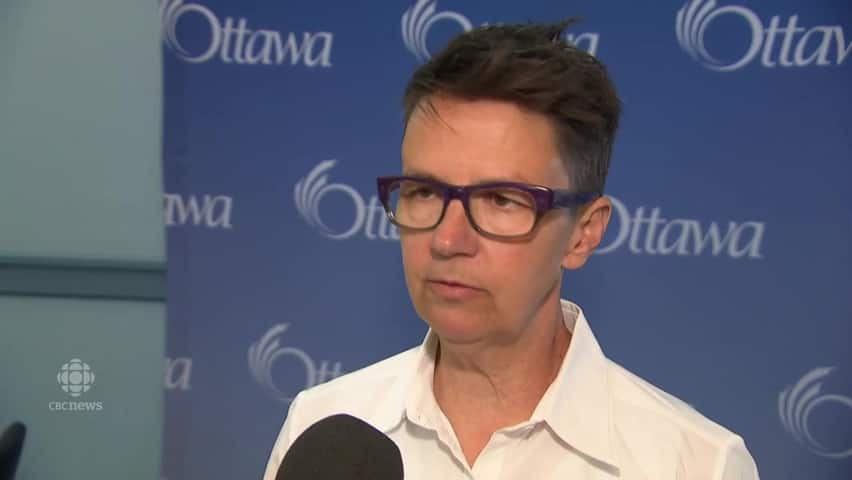 The cancelled plan was the latest in a series of approved designs for the building, which partially collapsed more than a decade ago.

Shahrasebi told city staff he plans to pursue other development ideas for the property, but it could be two to five years before he applies for new city approvals.

It's not clear how much of the original building would be preserved.

McKenney said she wasn't optimistic that the owner had serious intentions of moving forward with the most recently approved design, and after 11 years of waiting for the building to be preserved, she's calling for the city to expropriate the land.

That would involve essentially forcing the owner to sell the building to the city for market value.

Nothing has happened to improve the state of the building, she said, aside from demolishing part of it because it was in such bad shape.

The last time the city stepped in and expropriated a heritage building was in 1985, when city forced the owner of 503-507 King Edward Ave. to sell the building to them rather than let it be demolished or neglected.

That property was ultimately sold to a developer who agreed to preserve the heritage character of the building.

But it may be too soon to think about doing the same with Somerset House, according to Court Curry, the city's manager of heritage and urban design.

The city will start issuing work orders to repair heritage elements of the property, which would be done at the owner's expense because the building has heritage designation. Those repairs could include the restoration of things such as woodwork, bay windows and brick repointing.

"Those options should be exhausted before those conversations [about expropriation] should be had," Curry said.

Ultimately, though, the question of buying the property from the owner is up to city council. It could be turned into a public library branch, said McKenney, or sold to a developer with immediate plans to repair it.

City staff will report back to the built-heritage sub committee in the first week of October.