People who have been calling for greater transparency from Ottawa Police in the wake of the death of a Somali-Canadian man last July say they welcome the news that an officer involved in his arrest has been charged with manslaughter. 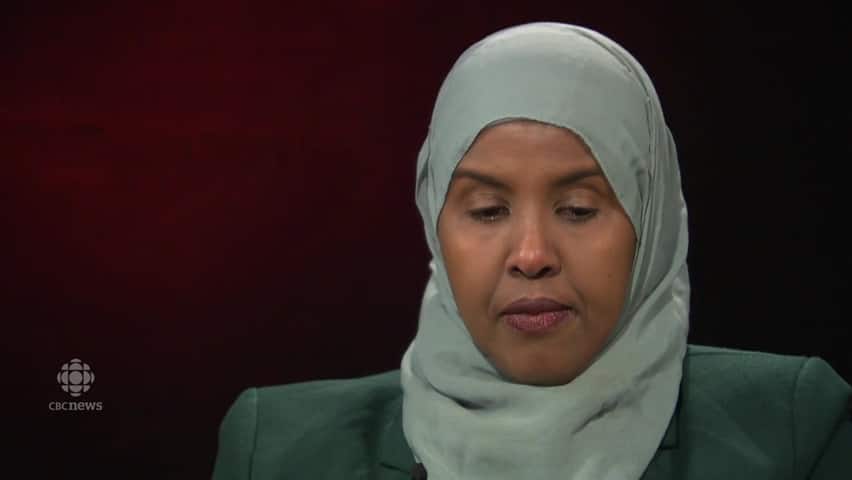 People who have been calling for greater transparency from Ottawa Police in the wake of the death of a Somali-Canadian man last July say they welcome the news that an officer involved in his arrest has been charged with manslaughter.

Nimao Ali was one of dozens of people in Hintonburg's Somali community who watched as two Ottawa police officers arrested her friend Abdirahman Abdi on July 24, in what witnesses described as a violent takedown.

The 37-year-old Abdi, who suffered from mental health issues, was taken to hospital but pronounced dead the next day.

After a lengthy investigation, Ontario's police watchdog, the Special Investigations Unit (SIU), charged one of the officers involved on Monday.

Const. Daniel Montsion is facing manslaughter, aggravated assault and assault with a weapon charges in connection to Abdi's death.

"We waited for a long time. And eight months, every day — every minute of that day — was like, 'are we going to get a result? What's going to happen?' So finally to hear that charges are being laid is one step closer to the right direction," said Ali.

Abdi's death had many in Ottawa's tight-knit Somali community, including Ali, calling for justice and better training for officers when working with minorities and the mentally ill. There were also rallies, protests and campaigns across the country.

In a statement released Tuesday, the Justice for Abdirahman Coalition also applauded the SIU's decision to lay charges. The advocacy group has been championing for greater transparency within the police service and the SIU.

"These charges send a strong message that the vicious acts of Montsion are unacceptable and will not be tolerated. The brutal manner in which Abdirahman was killed was a shock to our city. The fact that it happened at the hands of someone we have entrusted to uphold the law is what made it even more shocking."

Ali said she will remember that day for a long time.

"It's difficult, that as a citizen, I have to see that happening in the doorsteps of my building," said Ali.