What the SNC-Lavalin audit didn't address

Of all the details contained in city auditor Ken Hughes's report on how SNC-Lavalin won the $1.6-billion contract to extend the Trillium Line, perhaps the most revealing was that Hughes, a seasoned bureaucrat, had never heard of the abstruse power that allowed staff to wave the engineering giant through the bidding process despite it having failed — twice — to meet the minimum technical score for the LRT project.

The city followed the rules when it awarded the $1.6B LRT contract, but did it do the right thing?

Of all the details contained in city auditor Ken Hughes's report on how SNC-Lavalin won the $1.6-billion contract to extend the Trillium Line, perhaps the most revealing was that Hughes, a seasoned bureaucrat, had never heard of the abstruse power that allowed staff to wave the engineering giant through the bidding process despite it having failed — not once but twice — to meet the minimum technical score for the LRT project.

"I was surprised to hear that there was a discretion clause," the city's auditor general told councillors Tuesday.

Before his six years as auditor general, Hughes spent more than a decade toiling in the city's finance department, serving as deputy treasurer for several years.

When he started to look into reports that SNC-Lavalin hadn't met the minimum 70 per cent technical score yet still won the bid — an investigation Hughes started even before CBC first reported on the issue back in March — it turned out no one on his experienced audit team had heard of the so-called discretion clause, either.

If they had no idea that the city had the power to overlook the understood rules of the bidding process, certainly councillors couldn't be expected to know about it.

That begs the question: Was council purposely kept in the dark about the rules around how the winning bidder was decided?

Clause left out of evaluation description

Here are the facts.

The staff report that laid out the evaluation process described the technical scoring this way: "In order to receive a passing score, a technical score threshold of 70% for each of the criteria was required."

At the March 6 meeting where council ultimately approved the Stage 2 contract, Coun. Diane Deans asked specifically about the evaluation process: "Pre-qualification, followed by technical scoring, and then if you passed the 70 per cent threshold, you went on to financial assessment. Is that correct?"

Chris Swail, then the director of LRT planning, answered: "That is correct."

But that's not what happened.

SNC-Lavalin did not "receiving a passing score" — it initially got 63 per cent in the technical evaluation. The bid steering committee then called back the evaluators, gave them new "guidelines" to consider — it's unclear what these were — and on the second round of scoring, SNC-Lavalin clocked in at 67 per cent.

That's when the city used its discretionary power, at the advice of its hired lawyers from Norton Rose Fulbright, to allow SNC-Lavalin through to the financial round. With a much cheaper bid than its competitors, the Montreal-based company came out with the highest overall score.

None of this was ever mentioned to the elected officials responsible for approving hundreds of million of dollars in public money on the project. Perhaps more tellingly, there was no reason councillors would have thought to ask, based on what they were told of the process. 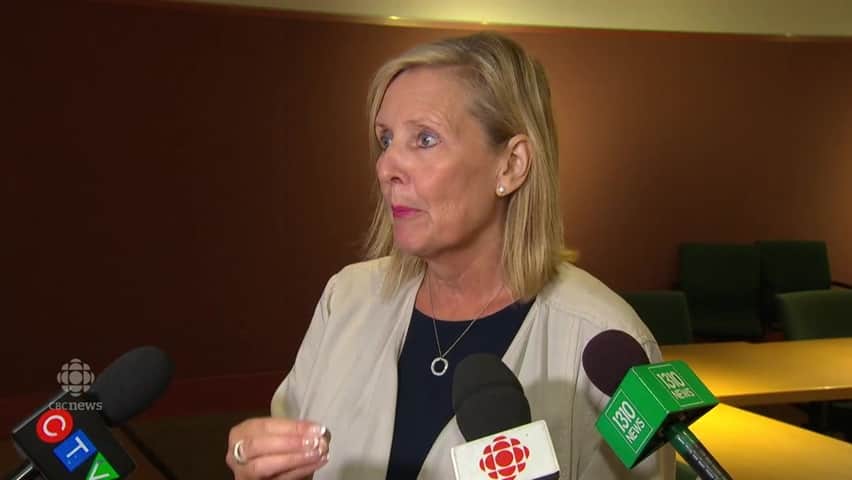 'The public should be mad'

2 years ago
1:08
Diane Deans and Carol Anne Meehan say city councillors weren't given the information they needed before voting to approve the contract for Stage 2 of the LRT. 1:08

Back in 2017, council delegated city staff to run the procurement process for LRT Stage 2. Staff was to come back with a recommendation for a preferred proponent. That's as it should be — councillors should not be meddling in the nitty-gritty of awarding city contracts.

When councillors handed staff the authority to run the procurement, they surely never expected to be barred from asking any questions about the process ever again. But that's exactly what happened, and that's not reasonable.

But as the ultimate decision-makers, they should know the steps staff took to get to the recommendation. When councillors handed staff the authority to run the procurement, they surely never expected to be barred from asking any questions about the process ever again. But that's exactly what happened, and that's not reasonable.

City staff chose to give councillors some information on how the evaluation process worked, and chose not to tell elected officials about the city's special powers. It's selective disclosure at best.

That's not to say that council would have made a different decision about SNC-Lavalin's bid back in March if it had all the facts. But it would at least have afforded councillors an opportunity to ask more probing questions to help them make more informed decisions.

That Hughes found the city acted above board is no surprise. For one thing, the scope of his audit is very narrow: Did the city follow the rules of the RPF? That we knew back in August, when the city first disclosed the existence of this discretionary power. Hughes also looked at whether the staff exceeded their delegated authority, and concluded they did not, although he did not get a legal opinion on the matter.

So sure, the city followed its procedures "to the letter," as Hughes acknowledged Tuesday. But following the rules and doing the right thing often aren't the same thing.