The mayor of Smiths Falls is calling the conversion of the town's old chocolate plant into a medical marijuana facility "good news" that will create 100 new jobs. 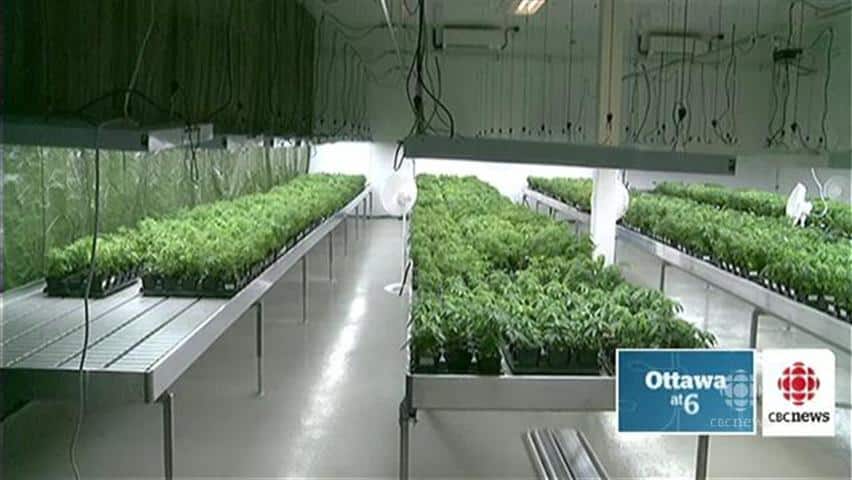 The conversion of Smiths Falls' old chocolate plant into a medical marijuana facility is "good news" that will create 100 new jobs, the town's mayor said Wednesday.

Tweed Inc. will be distributing medical marijuana from the former Hershey’s plant as soon as the spring after Health Canada approved its licence Tuesday to produce 15,000 kilograms a year.

The Ontario company is one of five suppliers that can produce, manufacture and distribute medical marijuana under a new regime. Prescribed amounts can only be purchased from licensed growers.

Smiths Falls Mayor Dennis Staples said he was "thrilled" when Tweed Inc. suggested the idea for the plant that has been vacant since 2008. The plant's previous owner Icon International had plans for demolition.

"We would have seen the plant disappear and that would have been a huge opportunity lost," Staples said.

Medical marijuana has been legal in Canada since 2001 and the number of patients prescribed to use it has grown beyond 30,000. Residents of Smiths Falls are comfortable with the new business venture, said Staples.

"I've had nothing but positive comments," he said. "It's going to happen somewhere in Canada so why not in Smiths Falls?"

Patients can register as soon as Feb. 6 to have product delivered directly to their home, Rifici said.

"There are no retail operations. So all competitors are competing for customers around Canada. There's very little geographic advantage other than perhaps a smaller shipping delay or a smaller shipping cost between different locations," he said.

The challenge now is to build its reputation and brand by word of mouth, he said.

"It's difficult. It's a new business but we cannot advertise. It is a narcotic," he said. "The road ahead is really making sure that we have a quality medicine, quality product and variety that we think patients will be happy with."

Medical marijuana will be priced between $7 to $12 a gram depending on the strain, which Rifici believes is similar to the street value of marijuana. The plant is expected to generate "well over" $100 million in revenue annually once it is operating at full capacity, Rifici said.

Now that it has a licence, Tweed is seeking a listing on the TSX Venture Exchange.