City officials, community advocates and members of the police force are looking for more harmonious relationships and an easing of tension between officers and top brass.

The swearing-in of Ottawa's new police chief ushers in what city officials, community advocates and officers are hoping will be a new era for the force.

They're looking for a more harmonious relationship between the police service and the community, and an easing of the undeniable tension between rank-and-file members and top brass.

Peter Sloly will also be expected to steer the service through the ominous budget projections of the next few years.

All the while, his goal will be to reduce crime in the nation's capital, where the violent crime rate has been climbing steadily.

Expectations are high, to say the least.

But people who've already met with the incoming chief say he's wading in with his eyes wide open.

"He knows that tensions are high," said Sahada Alolo, co-chair of the city's police equity council.

"There's a lot of distrust," Alolo said. "Community members don't trust police, and that's because of their experiences with them."

Ottawa is still in the midst of the manslaughter trial of Const. Daniel Montsion, charged in connection with the 2016 death of Abdirahman Abdi, a mentally ill black man.

Community members have reported a range of encounters that smack of discrimination, and have said they're afraid to report crime in their neighbourhoods because of that.

The fact that Sloly is black has raised some people's hopes for drastic change.

"Community members are expecting him to be a saviour to come and solve all our problems in our city," Alolo said, but she knows those expectations aren't realistic.

Before Sloly can hope to mend bridges with the public, he'll have to win over his own officers, she said.

To do that, he'll have to overcome years of declining morale, according to police association president Mat Skof. He noted union grievances are mounting, while a number of officers have filed human rights cases against their employer.

Skof himself was suspended and charged by the OPP with breach of trust and obstructing justice in an investigation requested by former chief Charles Bordeleau. Those charges are still before the court.

Add to that mounting frustration over staff shortages, which have resulted in increasing overtime.

The police services board has actively tried to make up ground over the last several years with a long-term hiring plan, but that's meant pushing major budget pressures down the road in an effort to keep within the city's prescribed three per cent tax increase. 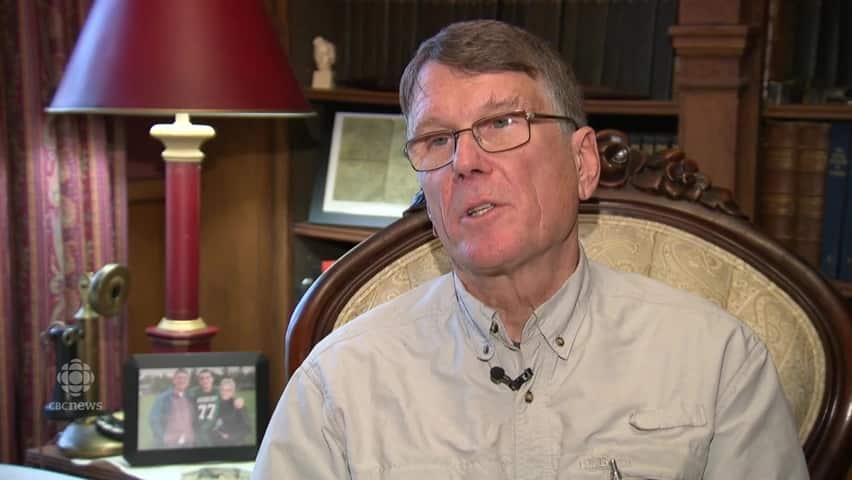 1 year agoVideo
1:22
Police services board member Sandy Smallwood explains why he thinks Peter Sloly was a good fit for the job of Ottawa police chief.  1:22

Even with those efforts, the latest projections indicate the force will need to seek a budget increase of more than four per cent for the next three years.

The chair of the board, Coun. Diane Deans, who's currently away on medical leave, has acknowledged the force needs to spend responsibly, but said she'd also urge Sloly to be upfront about how much money he needs to run an effective police force and keep the city safe.

She'll take care of the political work to get the money, Deans said.

Acting chair Sandy Smallwood has now stepped in to replace Deans, and Mayor Jim Watson has also joined the board.

Watson's message to the police has been to live within their means, and to keep their budget increases in line with the rest of the city.

Luckily, Sloly has a reputation for thinking creatively to curb crime while keeping costs low, and has worked in the private sector.

"I think this is one of the things that attracted us to this chief," Smallwood said.

"I think that this is an opportunity for us, with creative leadership, to find ways of addressing the very real concerns of the community, but not assuming that we have a limitless budget to do that with."

Perhaps the greatest expectations come from Sloly himself.

Two years ago, he gave a Ted Talk about losing out on the chief's job in Toronto.

"I thought it was a once-in-a-lifetime opportunity for me to take on the top cop job, and provided needed change in Canada's largest municipal police service, and by doing that influence policing right across this country and around the world," he told the Toronto audience.

Now, it appears he's getting that second chance.