A fatal shooting in a residential complex on Paul Anka Drive in south Ottawa Tuesday night marks the city's first homicide of 2018. 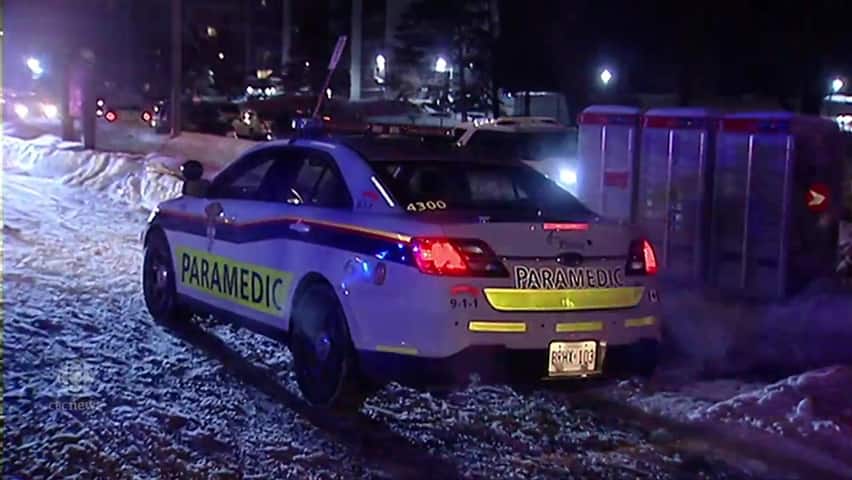 A fatal shooting in a residential complex in south Ottawa Tuesday night marks the city's first homicide of 2018.

The shooting happened in a shared courtyard at 3339 Paul Anka Dr. Police arrived at the scene around 8:30 p.m. and found a man suffering from gunshot wounds, according to an Ottawa police spokesperson.

The victim was later pronounced dead in hospital. He's been identified as Tarek Dakhil, 23.

Nobody wants this to happen in their neighbourhood.- Stacie  Prudhomme , neighbour

Police tape surrounded the courtyard Wednesday morning. Numerous people could be seen entering the Unit 48, where neighbours told CBC Dakhil lived with his family. Some of the visitors told CBC they were friends of Dakhil's mother. The sound of people weeping could be heard from a nearby parking lot.

"Shortly after I got home, I heard this weird popping noise and I assumed it was firecrackers," said Laura Pollard, whose home backs onto the courtyard.

She said minutes later she saw the victim lying on the ground while three or four people gathered around him. One was attempting to perform first aid, Pollard said.

Neighbours expressed concern that the shooting happened relatively early in the evening, in a neighbourhood full of kids who are often outside playing.

"If it was a summer day or if it wasn't so cold out, there would have been kids outside," said mother Stacie Prudhomme, who has lived in the same complex since April.

Prudhomme said her 9-year-old daughter would only go to sleep once she reassured her that police were outside.

"Nobody wants this to happen in their neighbourhood," she said.

Prudhomme said she was watching TV when she heard about 10 gunshots. She said it's the second time in as many months that she's heard gunshots outside her home. The first incident occurred in November when shots were fired outside an apartment building across Paul Anka Drive, injuring a 25-year-old man.

"Is anywhere safe in Ottawa to live nowadays?" Prudhomme asked.

Ross Fraser, who lives with his wife and four young children in the same row, said the neighbourhood felt safe up until a few months ago.

"I don't know why it's happening. There's got to be some kind of reason, but we have no idea what it is," Fraser said.

"I still think this is a good area with good people," Pollard said. "Unfortunately bad things happen, and bad things can happen anywhere."

No arrests have been in Tuesday's fatal shooting. The Ottawa Police Service's major crime unit is investigating.