Eleven homes near a busy construction zone for Ottawa's light rail expansion suddenly had sewage back up into their basements this week after a pump being used for the project malfunctioned.

Eleven homes near a busy construction zone for Ottawa's light rail expansion suddenly had sewage back up into their basements this week after a pump being used for the project malfunctioned.

David Hall, who lives on Hanlon Avenue in the city's Queensway Terrace North neighbourhood, heard a strange gurgling sound coming from his toilet when he went down to his basement Wednesday to pull dinner from the freezer.

"I walked into the laundry room where the freezer was and the water was coming out of the floor drain. It was just bubbling up like a fountain," said Hall.

The black liquid soon overflowed the tub in their basement bathroom and eventually rose to the top of the baseboards.

The Halls' home was among eleven on their street to get the smelly surprise, but they believe theirs was one of the worst hit.

WATCH | Residents of one backed-up home describe what happened: 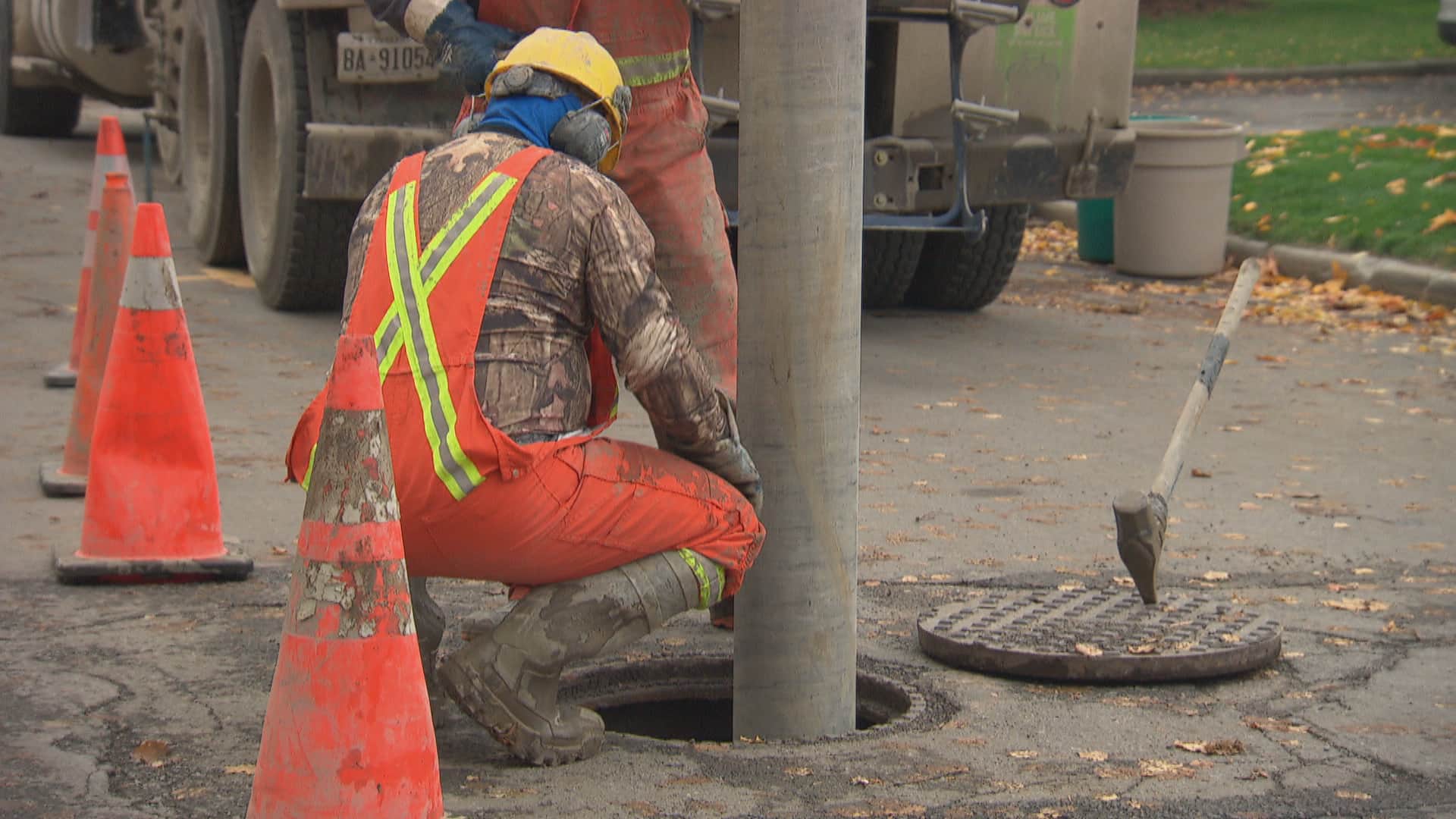 1 month agoVideo
1:02
Madonna and David Hall, who live on Hanlon Avenue, say they discovered sewage water bubbling up through a floor drain in their basement, apparently caused by an issue related to LRT construction. 1:02

The homes have been on a temporary sewage system since August, and will be for a couple weeks yet. The consortium extending the Confederation Line is moving the main sewage line on Connaught Avenue out of the way so it can build the future Connaught tunnel for the train.

One of that sewage bypass system's two pumps malfunctioned Wednesday, the consortium explained.

"Kiewit-Eurovia-VINCI (KEV) responded immediately with crews and subcontractors, along with City of Ottawa staff, to investigate and remediate the situation.  The cause of the malfunction is still being investigated," said Jamie Robinson, KEV's director of communications and stakeholder engagement in a statement.

He also thanked residents for their patience.

Hall and his wife Madonna said they were quite pleased by the quick response of both the contractors and the city. Their basement was drained, the flooring ripped out, and Robinson personally delivered Swiss Chalet meals, they said..

"They went all out to fix this right away," said Hall. The Halls' insurer has already visited and assured them the mishap won't cost them.

"Things happen. I'm not blaming anyone," said Hall. "Let's just get it fixed and at the end of the day, we move on."

Bay ward Coun. Theresa Kavanagh said she, too, was pleased that the contractors had trucks out almost immediately, but she still has concerns.

"It doesn't take away from the seriousness of it. It's not good," she said. "This is going to be lingering. We want to make sure their health concerns are looked after and that this continues to be well cleaned up."

Kavanagh, who sits on the city's board of health, is especially concerned about the sewage because wastewater is currently being measured for COVID-19. She said Ottawa Public Health has assured her the affected residents shouldn't be concerned about catching the virus from the dirty water.

Meanwhile, the neighbourhood will see construction continue for years — the nearby Lincoln Fields and Queensview LRT stations aren't set to open until 2025.

Generally, communication with Kiewit-Eurovia-VINCI has "vastly improved" since spring, Kavanagh said. Heavy truck traffic has been redirected from neighbourhood streets, and residents are no longer informed of inconveniences the night before.

However, the neighbourhood has lost trees, and residents will still have to endure the construction of both the tunnel and a flyover rail bridge in Connaught Park behind their homes.

"It's a tough one. I think [the residents have] been very stoic and cooperative. I hand it to the neighbours. They're reasonable and we're working with them," said Kavanagh.