The roof of the Canada Science and Technology Museum is "officially collapsing" and trace amounts of asbestos were found inside the museum in October 2013, according to documents released to CBC News after an access to information request. 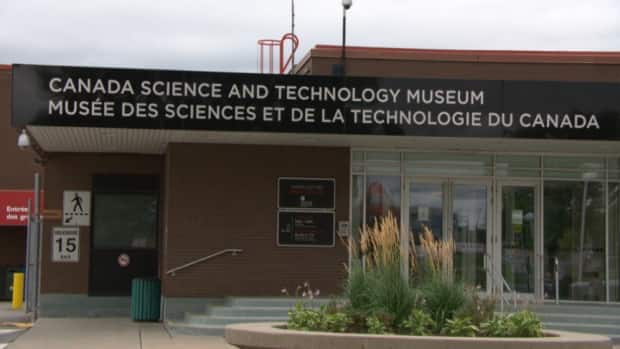 6 years ago
3:05
The museum of the Canada Science and Technology Museum is collapsing. 3:05

The roof of the Canada Science and Technology Museum is "officially collapsing" and trace amounts of asbestos were found inside the museum in October 2013, according to documents released to CBC News after an access to information request.

An email sent to Canadian Heritage staff on Sept. 18 by the museum's president and CEO, Alex Benay, says, among other things, that:

"The time for bandaid solutions has long gone and has frankly led us to where we all are today," Benay wrote in the email, which included a financial overview of the costs to fix the situation.

Benay's email to the deputy minister, associate deputy minister and director general at Canadian Heritage was sent a week after the museum was evacuated and closed on Sept. 11 due to mould discovered in a south wall.

"Obviously these latest revelations are concerning. Public safety has to be number one," Watson said.

Another document provided to CBC News, listing background information on the museum, said a roof replacement project was launched in October 2013. It was going to be done in sections over three to five years at a cost of $3.2 million.

But "test results confirmed the presence of non-friable asbestos (tremolite) in the cement on the roof," the documents said. "Work could not proceed without disturbing the cement layer, which was found to [be] water logged and crumbling, [and] the project was halted."

In another document released to CBC, a timeline of events up to Sept. 15, 2014, the "air quality tests for asbestos show low-level trace amounts of asbestos within [the] museum" in October 2013. Work then began to seal the asbestos-containing materials in the roof, the document said.

The museum remained open to staff and the public, despite more water leaks and dislodged pieces of corroded metal and "disintegrated cement" falling into the museum, the documents said.

Barriers were erected, pails were used to catch water, and plastic sheets were used to cover vulnerable displays and artifacts. A firm was also hired to seal the ceiling in deficient areas, providing a "temporary solution for the winter," spring and summer.

Then, an intense storm hit the museum on Sept. 5, causing more roof leakage and forcing the museum to close some sections. The south wall was opened due to the leaks, was found to contain mould, and was sealed temporarily.

The museum was evacuated and closed at 3 p.m. ET on Sept. 11, half an hour after the museum received a report on dangerous levels of air toxins. It is expected to reopen in 2017 at its existing location, after $80.5 million in upgrades.