'Stop hurting each other': Mother of bullying victim calls on schools to act on violence

An Ottawa teen who was bullied in school says he’s not surprised by the results of a new poll commissioned by CBC News that shows more than one-third of all high school students in Canada have experienced what he went through: threats, physical violence and hateful or racist name-calling at school.

Seven years ago, Ottawa teenager Winston Karam was the victim of relentless bullying at his school. He says it started with name-calling, but quickly escalated.

"They'd sneak up behind me in the hallways and put me in chokeholds, throw me into the lockers," the 19-year-old said. "By the end of the year, they weren't afraid to call me the N-word."

Karam said he's saddened but not surprised by the results of a new poll commissioned by CBC News that shows more than one-third of all high school students in Canada have experienced what he went through: threats, physical violence and hateful or racist name-calling at school.

Outside the Greater Toronto Area, the Ontario numbers are only fractionally better than the national picture.

Karam's mother Vania eventually sued the Ottawa-Carleton District School Board (OCDSB) for failing to help her son. In 2016, the board was found liable for "inaction" on the part of Broadview Public School staff.

Vania Karam said in the wake of the school stabbing death of Hamilton, Ont., teenager Devan Bracci-Selvey, now more than ever schools have to act.

"I went through so much with Winston, and I almost lost him too," she said. "I'm just frustrated. Do something. Stop this. And to the kids: Stop. Stop hurting each other, because I love my son just as much as your mom loves you. So don't hurt each other." 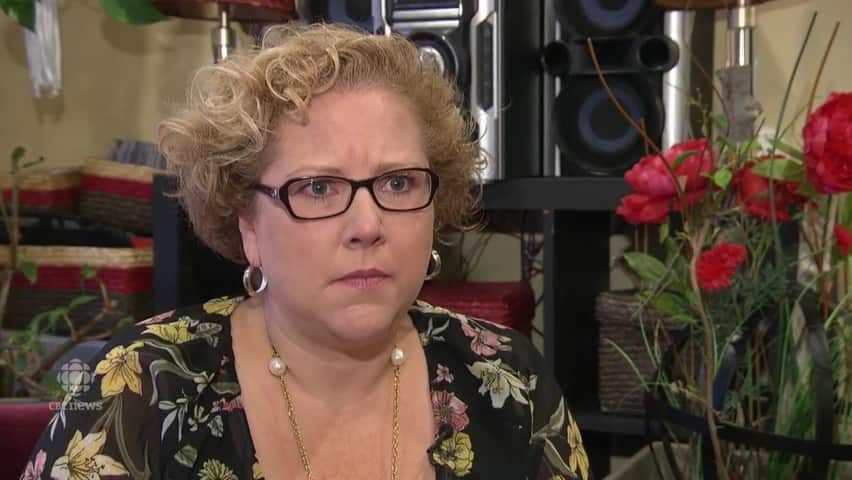 'That poor mother is not getting her son back'

1 year ago
0:37
Vania Karam, whose own son was bullied while he was in school, is calling for more action against bullying in the wake of the school stabbing death of Hamilton, Ont., teenager Devan Bracci-Selvey. 0:37

Karam said he was targeted during the 2011-12 school year, when he was in Grade 7. It became so severe his mother home-schooled him and enrolled him in self-defence lessons.

What was happening at school had affected his entire life, Karam said.

"By the end of the school year my self-confidence level was rock-bottom."

CBC survey results show children are most likely to start experiencing violence at school in Grade 7, and that some report incidents at an even younger age.

At one point, when Karam shot back at a student who had called him the N-word in class — telling him to f--k off — it was Karam who was sent to the principal's office, not the bully.

"It got to the point where I started to not know what was right and wrong," Karam said. "I started to blame myself for everything that was happening."

Karam said schools may have strategies in place to deal with bullying, but aren't necessarily recognizing the behaviour when they see it.

"I think they're just taking the nonchalant way out and sort of leaning back and saying, 'I don't see any bullying. This is just roughhousing.'"

In a statement to CBC News, the OCDSB said at the classroom level, it offers "a range of supports and services that help students in building healthy, positive, and supportive relationships." The OCDSB also said a review of its safe schools policy is currently underway.

But one expert in school-based mental health and violence prevention says most anti-bullying strategies are "not very effective".

"We're not making really big reductions in bullying. So we probably need to rethink this," said Tracy Vaillancourt, a psychology professor at the University of Ottawa who worked with CBC on the school violence survey.

She said that worldwide rates of bullying are consistent, with one-third of children experiencing violence at some point, and 10 per cent suffering every day.

"The fact that we see the same prevalence rate around the world tells you there's something innate about this," Vaillancourt said. "It doesn't mean we have to tolerate it."

She said the anti-bullying strategies that are the most effective are those that involve all students at an early age.

Winston Karam has put what happened to him in Grade 7 far behind him.

Now a student in Algonquin College's police foundations course, he hopes that if he's successful in his bid to become a police officer, he'll be able to help others deal with problems in their own lives.

"I've always loved the idea of being a police officer and being able to have the power to empower other people if they can't do it themselves," Karam said.

"If I see other people that it's happening to I can speak up, because I know how it feels."

The nationwide findings derived from a total of 4,065 online surveys completed by young Canadians aged 14 to 21, between August 26 and September 6, 2019. A corresponding probability sample of this size would yield a margin of error of +/- 1.6 percentage points, 19 times out of 20.