After a 10-month investigation into allegations of improper behaviour by Coun. Rick Chiarelli, the city's integrity commissioner is recommending sanctions against the veteran politician reserved for the most egregious misconduct — the suspension of nine months' salary, or more than $79,000.

After a 10-month investigation into allegations of improper behaviour by Coun. Rick Chiarelli, the city's integrity commissioner is recommending sanctions against the veteran politician reserved for the most egregious misconduct — the suspension of nine months' salary, or more than $79,000.

"Because the Councillor is the longest serving elected public office holder on Council and that this offensive and disreputable behaviour has been going on for a very long time, I have decided that the most severe of sanctions are warranted in this case," writes integrity commissioner Robert Marleau in a damning, 76-page report released Friday.

Such a comportment by an elected public office holder deeply harms the public interest and seriously damages the trust covenant with the citizens who elect them.- Integrity commissioner Robert Marleau

A CBC investigation last fall spoke to many women who accused the councillor of inappropriate behaviour, and reported the experiences of eight of them including two job applicants who are complainants in this report. The women said they were asked questions, told stories and shown pictures they found inappropriate and sexual in nature.

In the first of two reports on Chiarelli's conduct, Marleau found the councillor's behaviour qualified as harassment under the city's policies, and that the College ward councillor "exploited the power dynamic of the situation, in which the Respondent held out the possibility of employment, to sexualize the discussion and questions in a manner that was upsetting and unacceptable."

The report goes on to say that "such a comportment by an elected public office holder deeply harms the public interest and seriously damages the trust covenant with the citizens who elect them."

The integrity commissioner found that Chiarelli violated two sections of the councillor's code of conduct relating to integrity and respect for members of the public.

The most serious sanction that Marleau can recommend is docking the councillor 90-days' pay, a measure that "should be reserved for the most egregious violations" of the code of conduct. While the three complaints were similar — and hence grouped together in a single report — the integrity commissioner writes that "each complaint stands alone when making a finding and in considering an appropriate sanction recommendation."

That's why he's recommending that council consecutively impose three sanctions of a suspension of pay of 90 days each, for a total of nine months.

While this report deals with the complaints of three job applicants, Marleau said he'll release a second report that examines the formal complaints of two former staff members. In the future report, Marleau could recommend docking Chiarelli up to another six months' pay.

Council will vote on the recommendations in the current report at its meeting next Wednesday.

The report was completed without participation from Chiarelli. Neither the councillor nor his lawyer, Bruce Sevigny, have responded to a request for comment on the report. The councillor has previously denied all allegations.

Earlier this week, Sevigny told the city he'd been instructed to apply for a judicial review of the integrity commissioner's authority to undertake this sort of investigation.

According to the report, 34 people were interviewed and 26 — including five formal complainants — gave sworn statements. ​​​​​Marleau hired Independent Investigation and Review Services Canada (IIRSC), which is headed by former RCMP boss Bob Paulson, to carry out the investigation.

The first of the three complainants said that during an interview at a Starbucks in Bells Corners in June 2019, Chiarelli asked her twice about whether she'd be comfortable going "braless" to work events. CBC told her story in September, which led to many other women coming forward with similar complaints about Chiarelli.

The woman said Chiarelli showed her cellphone images of other women in revealing outfits, including one of an employee in a T-shirt "where the individual was clearly and obviously not wearing a bra as the sides of her breasts were visible in the photo," according to the report.

The report revealed that the woman, who said she was shocked by the experience, taped a subsequent phone conversation with Chiarelli because she wanted proof of his behaviour during the interview.

During the call, in which Chiarelli offers her the job, he "references an upcoming New Year's Eve event saying ... 'you wouldn't be asked to wear anything that you don't want to wear.'"

The second complainant filed her formal complaint on Oct. 3, it seems as a direct result of Chiarelli's denial of the allegations being made publicly against him.

She said she first met Chiarelli in 2014 when she was a student in the public relations program at a local college, which CBC has confirmed was Algonquin, and talked about possibly working for him.

According to the report, Chiarelli suggested meeting at "MacLaren's Pool Hall on Elgin Street and asked her to keep the meeting on the 'DL' (down low)."

The interview began normally, but he soon began describing how his team recruited young men as volunteers by pretending to come on to them at night clubs — a bizarre-sounding strategy he also described to the first complainant.

"She said he told her that recruiting young men in nightclubs works best if you don't wear a bra," according to the report. The woman said Chiarelli "flat-out asked me" whether she'd be willing to not wear a bra for that purpose.

The third complainant, who was also a student in Algonquin's public relations program, formally came forward on Oct. 8, a few weeks after telling her story to CBC.

In 2018, Chiarelli sent her a Facebook request and asked about her interest in working for him. They set up a meeting at the Bells Corners Starbucks, but she cancelled because, according to the report, "She had also heard rumours about how he was 'slimy'; how the things he would say would be a bit inappropriate; how he would ask people for pictures; and, how he would ask people to go to bars and strip clubs … and indeed some of her friends had cautioned her not to meet him."

But later, deciding that his Facebook message had seemed professional and realizing she really wanted a job, the woman changed her mind.

The interview took place at the Starbucks attached to the Pinecrest Chapters in April 2019. During the interview, the woman said the councillor asked her if she had ever considered stripping. When she didn't answer, she said he told her that she "had the body" for it.

He showed her a picture on his phone of a young woman in a bikini who he said would soon be working for him, and said: "Oh don't be wearing this to work."

She said Chiarelli also asked her if she had participated in "World Orgasm Day," which is when she said she got up and left the interview. The woman was 21 at the time.

In his report, Marleau states he finds all the complainants to be credible, that they all told others about the interviews soon after they happened, and that those witnesses corroborated the complainants' versions of events.

As well, Marleau said the investigation looked at "extensive email, Facebook messages, photographs and text messages provided by complainants and witnesses," many of which confirmed that an interview with Chiarelli was either in the works or had taken place.

Chiarelli has refused to participate in the investigation from the start. He had open-heart surgery in December, and his wife Lida tweeted that he had a post-operative infection in January, which would certainly have delayed his ability to fully engage in the investigation. 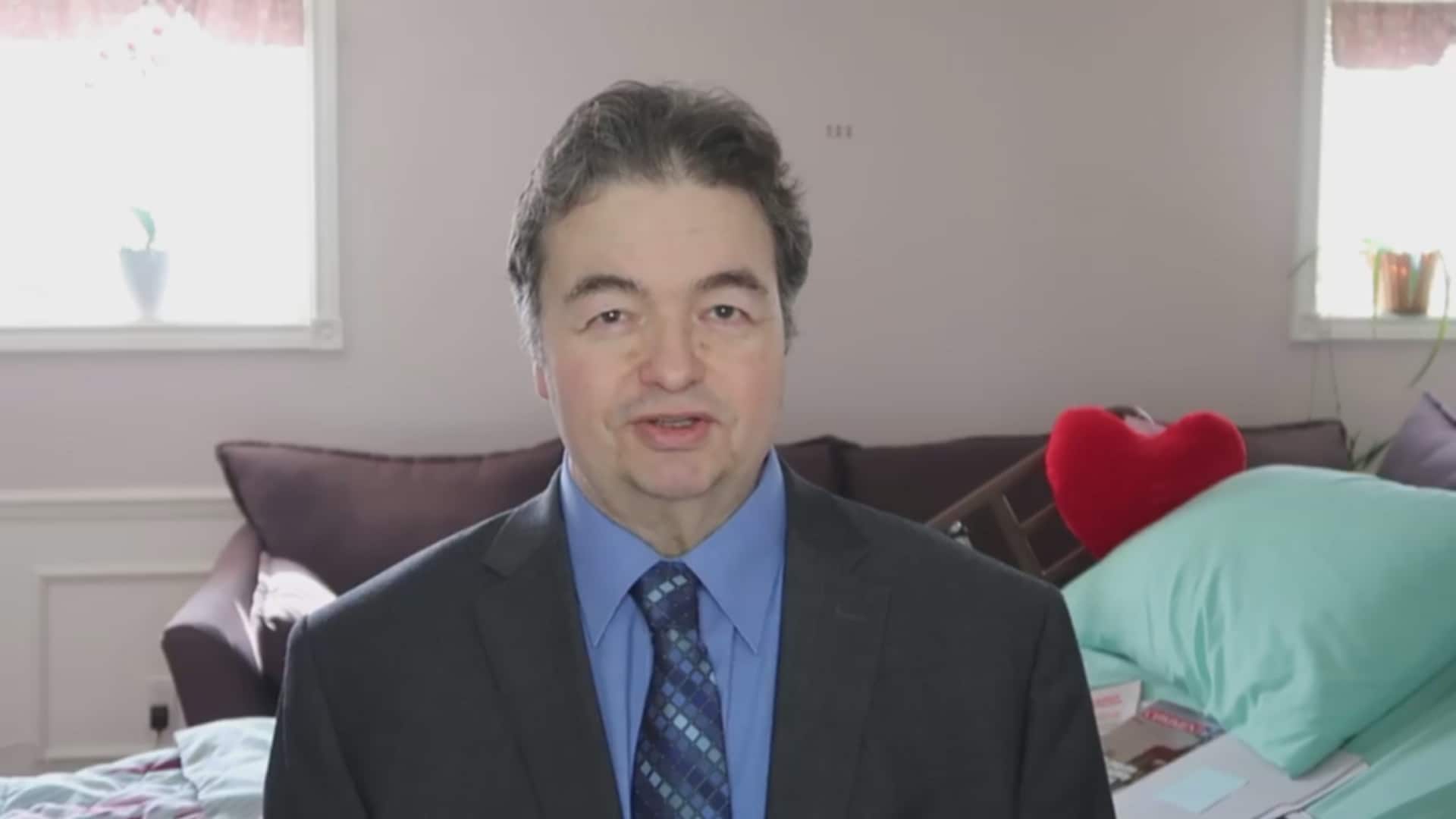 The only input from Chiarelli was his public statement on Oct. 3, denying all allegations.

"I have never treated a member of my staff (including job candidates) in a sexually harassing, discriminatory or inappropriate 'gender-based' fashion," he wrote at the time.

He also referred to the rising number of complaints as "an apparent mob mentality" and suggested he was being targeted because of his efforts to bring more transparency to the LRT procurement process.

Marleau wholly rejects Chiarelli's statement. "I have concluded that there is no credible basis for such a conspiracy theory," the integrity commissioner writes.

As for the rest of Chiarelli's statement, Marleau concludes: "In the face of the detailed, credible testimony of the three complainants along with the corroborating evidence, this bald denial is not credible."