'This should not be happening': Councillors react to Chiarelli allegations

Some of Rick Chiarelli's council colleagues say the allegations of inappropriate behaviour levelled against the veteran politician are disconcerting, but also offer a chance to take a closer look at the culture at Ottawa city hall.

Councillor denies allegations made in woman's complaint to integrity commissioner

Some of Rick Chiarelli's council colleagues say the allegations of inappropriate behaviour levelled against the veteran politician are disconcerting, but also offer a chance to take a closer look at the culture at Ottawa city hall.

On Thursday, CBC Ottawa broke the news that a woman who'd been seeking a job in the College ward councillor's office had complained to the city's integrity commissioner over questions Chiarelli posed during a job interview.

The woman told CBC that Chiarelli asked her if she'd be open to wearing costumes to events such as Ottawa Comiccon, an annual comic book convention.

The woman alleged Chiarelli then showed her a photo on his cellphone of a former employee dressed up in a revealing costume, and asked if she would "go braless."

The woman said she was stunned by the request and told Chiarelli the suggestion left her feeling uncomfortable.

CBC has agreed not to name the complainant because of her concern that she would have trouble finding employment in the future if she's identified publicly. She was also concerned she'd face a backlash, especially on social media.

Five other employees and former employees in Chiarelli's office have told CBC they also heard the councillor make inappropriate comments in the workplace, with two saying Chiraelli mentioned not wearing a bra to them.

"We have an environment where we need to be courteous. We need to be respectful. And there's an ethical standard that we have to oblige by," said Rideau-Vanier Coun. Mathieu Fleury, speaking only hours after the allegations were made public.

"I'm surprised to have read what I read. I believe the information that CBC has, and I want to hear from my colleague."

Councillors are leaders in the community, and I think we have to hold ourselves and hold our colleagues to a very high standard of accountability.- Coun. Glen Gower

Chiarelli's lawyer, Bruce Sevigny, said in a letter last week that the councillor had "consistently conducted himself in accordance with the highest moral and ethical standards," and was in "full compliance" with both the City of Ottawa's policy on harassment and workplace violence, and the province's human rights code.

The letter also alluded to "specific information" that the councillor had recently received that suggests "highly improper motivations and tactics in relation to the spurious allegations."

A second letter from Sevigny said he'd advised Chiarelli to "completely refrain" from responding to the allegations.

"If someone is going to make this type of allegation against a respected family man, community builder, and three-decade member of City Council, they should at least be prepared to provide full and fair disclosure, and to stand behind the allegation publicly," the letter states.

Chiarelli did not attend Thursday's meeting of the city's planning committee, of which he's a member, nor was he present at Wednesday's city council meeting. 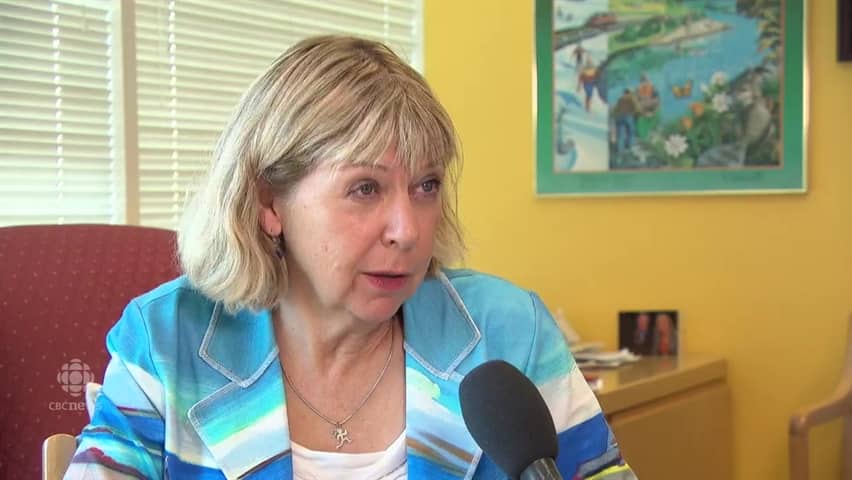 1 year agoVideo
1:54
Ottawa city councillors and the mayor said Thursday that allegations of inappropriate behaviour against fellow Coun. Rick Chiarelli were "surprising" and "difficult to read." 1:54

Ottawa Mayor Jim Watson told reporters Thursday afternoon that while he found the allegations "disconcerting and difficult to read," the complainant made the right call by going to the office of integrity commissioner Robert Marleau.

"Now that the matter's before the integrity commissioner, that's the right place where [an investigation] should take place," Watson said.

"My best advice to all of my colleagues is to not offer any kind of gratuitous comment. This is a serious matter, and it should be in the hands of someone who is beyond reproach and has great integrity himself. And Bob Marleau fits that bill very well."

Watson said he didn't know when the investigation would be completed.

"It's something that just upsets you, to hear things like this. And at this point, we have to let the commissioner do his job and see if they're founded or not founded or whatever," Kavanagh said.

Stittsville Coun. Glen Gower said he "absolutely" believed the woman who spoke up, and was looking forward to seeing the commissioner's final report.

"We have to take any of these allegations very seriously. Councillors are leaders in the community, and I think we have to hold ourselves and hold our colleagues to a very high standard of accountability."

Capital ward Coun. Shawn Menard said he was disappointed to learn of the allegations, saying they reinforced an "old boys' culture" at city hall.

"We need to change that," said Menard, who was elected to council for the first time in 2018. "We need to make sure that that behaviour is not condoned, that there are consequences to actions, and that this city hall starts to change — this term and in future terms."

'Opportunity to pause and reflect'

The allegations against Chiarelli have raised questions about whether non-unionized staffers hired directly by councillors — as opposed to municipal employees — have adequate protection when it comes to harassment.

"That could be something that comes out of recommendations in the future," said Kavanagh, who spent many years working for MPs on Parliament Hill before being elected to council for the first time last year.

"I remember always thinking that anyone who's in a managerial position could use training on how to handle staff."

River ward Coun. Riley Brockinton called the allegations an "opportunity to pause and reflect on how we operate."

That reflection, Brockington said, should include ensuring councillors are well-versed with the city's harassment policy.

"Certainly within my four walls, I try to promote a positive culture [and] work environment, and let people know who work for me know that if they feel anything inappropriate happens, what their recourse is and who they can report that to," he said.

"I'm more disappointed [than anything], because this should not be happening."