Three years to the day after football star Ashton Dickson was gunned down outside a Rideau Street nightclub, Ottawa police are offering a reward of up to $75,000 for information leading to an arrest in the unsolved killing.

Dickson, 25, shot and killed outside Rideau Street bar in 2017

Three years to the day after football star Ashton Dickson was gunned down outside a Rideau Street nightclub, Ottawa police are offering a reward of up to $75,000 for information leading to an arrest in the unsolved killing.

Homicide detectives have also released never-before-seen video from the night of Dickson's killing, and are hoping the reward and newly released security footage will encourage witnesses to come forward.

"It is a solvable homicide," said acting deputy chief Joan McKenna. "We need information from the community to help us further this investigation."

Dickson, 25, was a celebrated football star who played running back at St. Patrick's High School in Ottawa, then St. Francis Xavier University in Nova Scotia.

He was shot to death outside a nightclub at 470 Rideau St. in the early hours of June 26, 2017, when an argument spilled out onto the street. "The shooter and his associates escaped on foot through the nearby parking lot of a motel across the street," police said.

McKenna said the video footage clearly shows people were present at the time of his death, and she wants them to talk to police.

"We want encourage them to step forward and share that information so we can further this investigation and also give some closure to the Dickson family," she said.

When asked why the video was only being made public now, McKenna replied: "We believe it's the appropriate time."

Dickson's mother, Donna Dickson, said she was elated to learn of the reward and the release of security footage that could potentially help identify the suspects.

"It was probably the best news in the last three years that we could've gotten," she said.

Dickson said what happened to her son could happen to anyone, and she's s urging witnesses to come forward so that the people who killed her son are no longer free to walk the streets.

"We can have distrust for the police, but at the end of the day the police, like us, want the terrorists off the street." 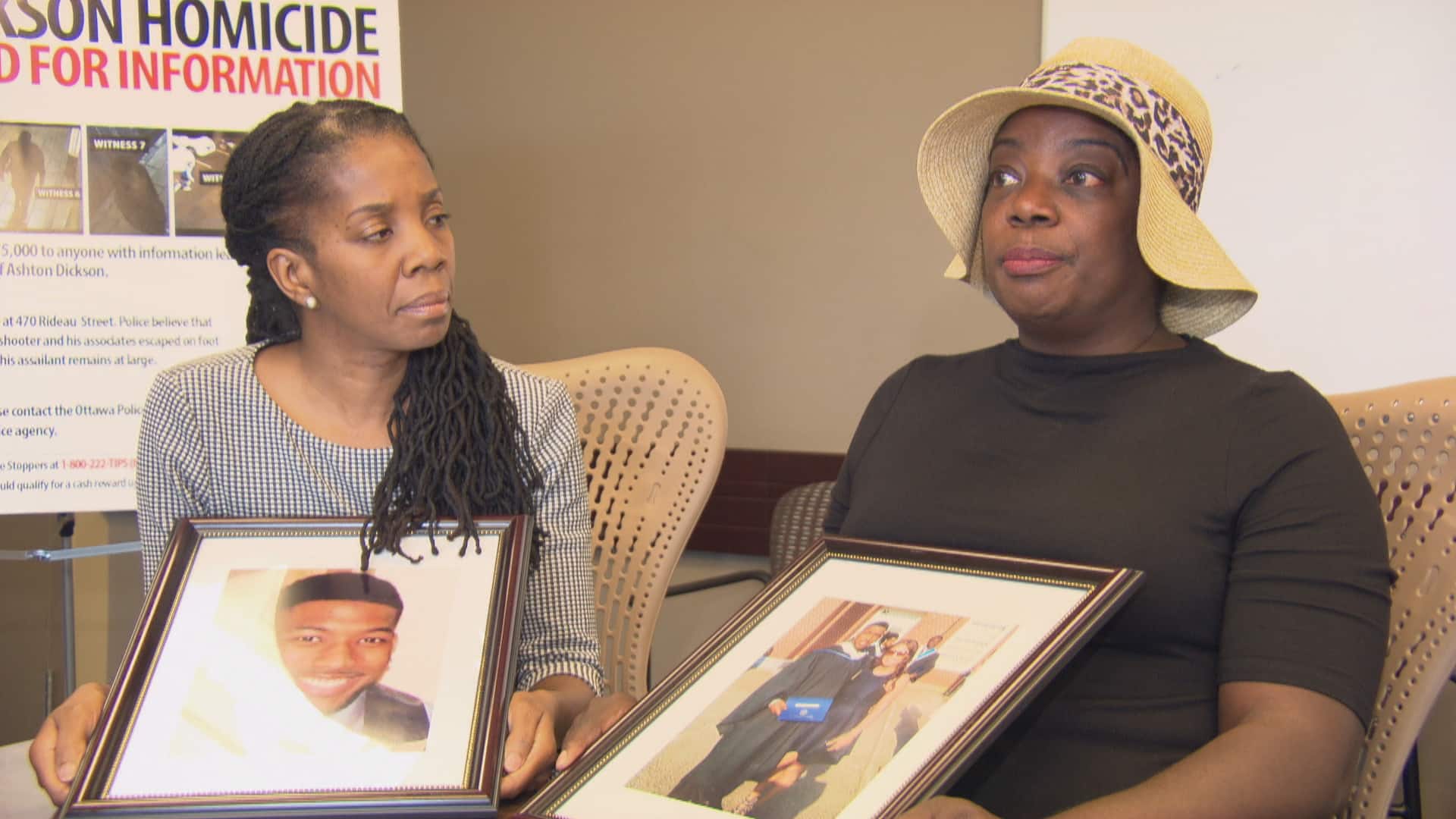 ‘How do you sleep at night?’ Mother of homicide victim appeals for help finding son’s killer

4 months ago
1:20
Donna Dickson, whose son Ashton was killed in a shooting three years ago, called for witnesses to her son’s death to come forward as Ottawa police announced a $75,000 reward for information leading to an arrest. 1:20
CBC's Journalistic Standards and Practices|About CBC News