'Betrayal of democracy': Reviled Château Laurier addition to go ahead

To cries of "Shame! Shame!" from the public gallery, councillors refused to debate whether to rescind the approval granted last year to the hotel's owners to alter the heritage building.​​​​​​

Members of the recently formed advocacy group Friends of the Château Laurier, ordinary citizens and even Ottawa-born comedian Tom Green were on hand for the final vote at Ottawa City Hall.

It effectively ends a three-year ordeal that's pitted the hotel's owners and their architects against a broad swath of the public who don't feel the modernist design fits the romantic style of the Gothic Revival landmark. 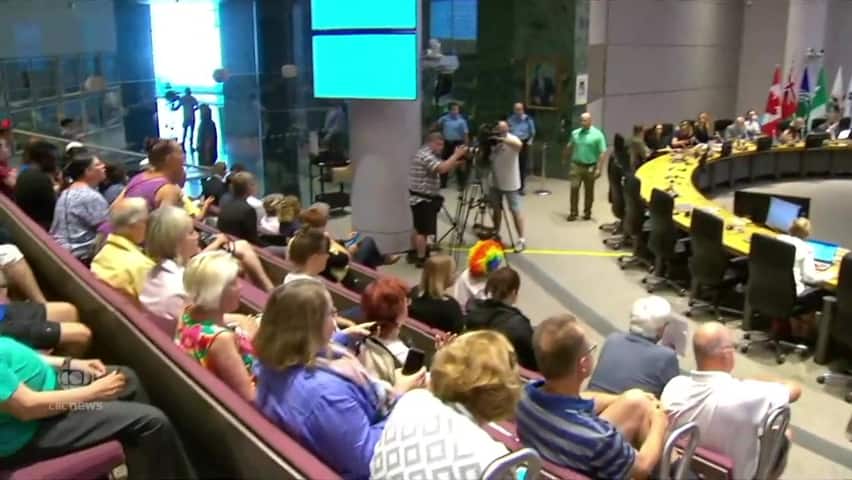 2 years agoVideo
1:16
Residents opposed to the Château Laurier addition say the fight to prevent it from going ahead isn't over, despite today's council vote against disallowing the development. 1:16

"I thought it was disgusting. I thought this was just a complete betrayal of democracy," said Rob Mcdonald, who attended Thursday's brief council session.

"My hope is that if they build that monstrosity, that they call it the Jim Watson Wing to serve as a testimony to the person that approved this."

Green called the hotel "the jewel of the city" and said it was "laughable" that anyone would consider the modern addition a good idea."It's almost as if somebody said, 'How are we going to hide this building? What is the best, most effective way you could do that?" Green said.

I think it's sort of a complete travesty, really, if that would happen." 2 years agoVideo
1:00
Green, who grew up in Ottawa, says the proposed addition will harm the view of the heritage building from Major's Hill Park. 1:00

Friends of the Château Laurier member Maureen McTeer said they would be looking at "all of the options available" — from approaching the federal and provincial governments to exploring legal options — to stop the addition from being built as it's currently proposed. 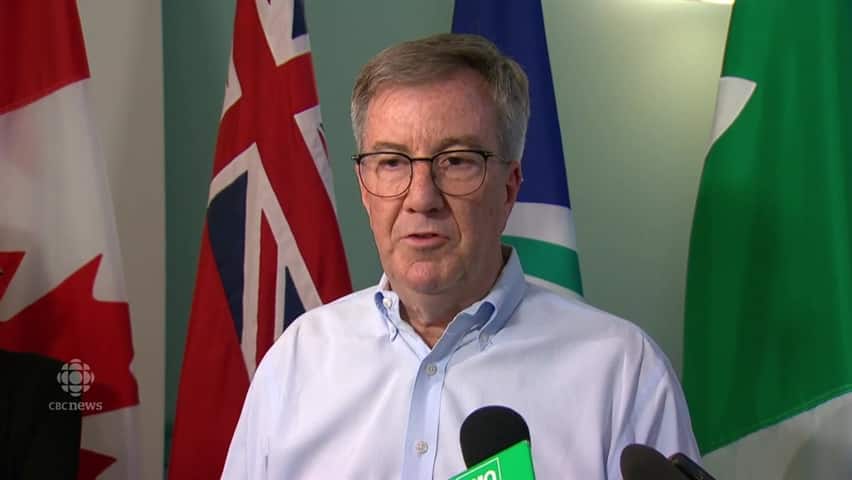 2 years agoVideo
0:37
Mayor Jim Watson says the city does not have the right to decide on the design of privately owned buildings, including the Château Laurier. 0:37

On Thursday, Coun. Diane Deans beseeched those councillors to vote with their conscience.

"The disconnect between actions and words was monumental," Deans said of the letter. "I would say to those councillors: if that is what you believe should happen, you can back up those words with actions."

None of the four letter writers changed their votes Thursday.

'The city doesn't own the building'

Speaking to reporters Thursday, Watson acknowledged that the Château Laurier debate had been an "emotional" one, but also reiterated that while the hotel resonates with Ottawa residents, it is privately owned.

"It's owned by private property owners, and at the end of the day, they do have rights to choose the design and style that they want for their building."

In a statement, the National Capital Commission said while it had no control over the design of the controversial addition, it would work to ensure elements within its authority were carried out to "the highest standards of excellence."

That includes the public access to the hotel from the neighbouring federally owned lands, as well how the north-facing addition would interact with Major's Hill Park — particularly concerning its shadows and any nighttime illumination.

"In its discussions in the weeks and months ahead, the NCC will urge the proponent to be open to finding solutions and approaches that take into account the historic setting of the Château Laurier and its important role in defining the capital experience," the statement said.