'Tell us what we're supposed to do': Restaurants plead for clarity as shutdown goes on

Restaurants are up against constantly changing rules that either partially or completely restrict indoor dining. They say they're doing what they can to follow by the rules — if only they could figure out what they are day-to-day.

Say lack of directions, not COVID-19 fines, the biggest issue 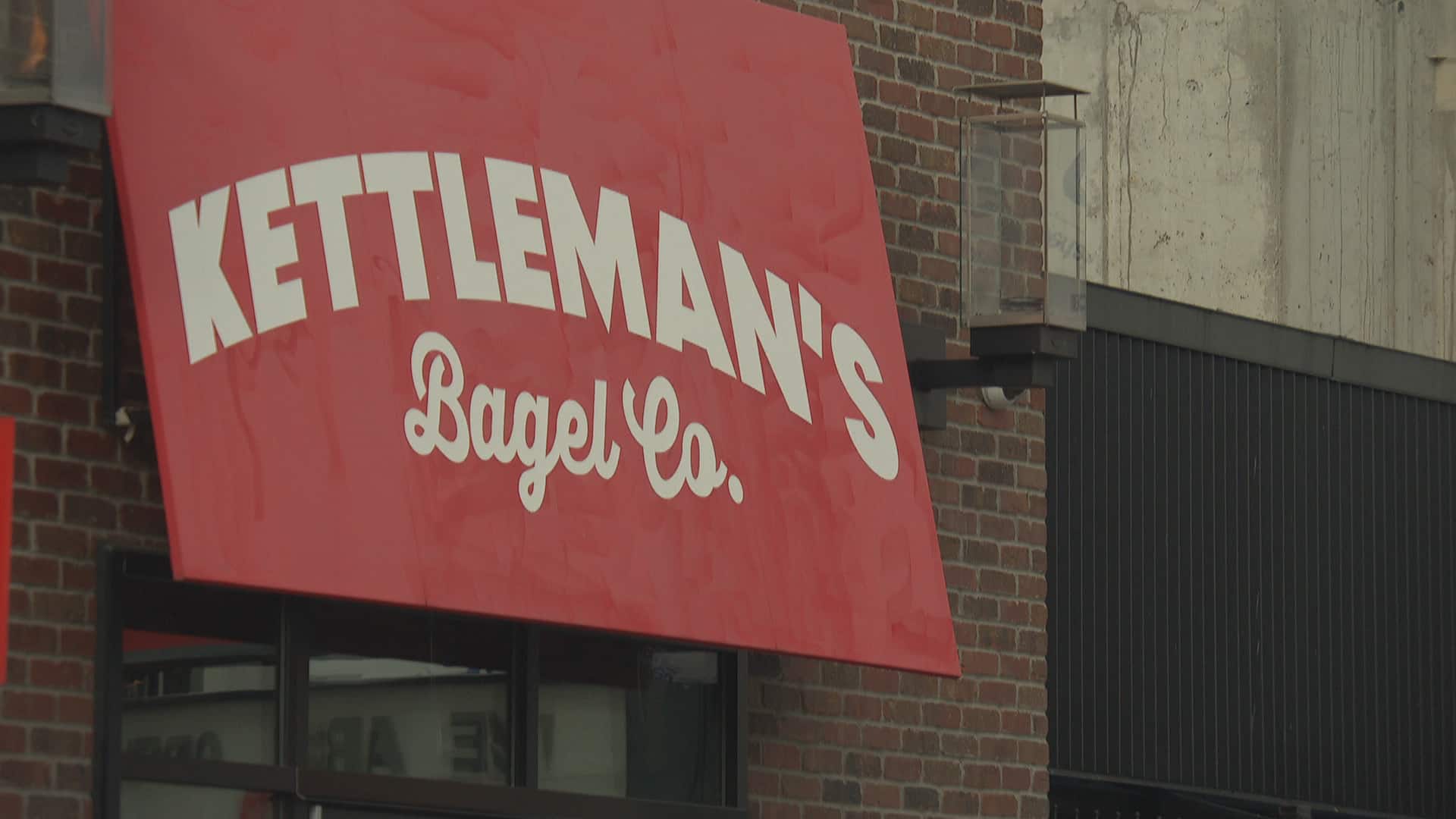 29 days agoVideo
1:05
Craig Buckley, founder of Kettleman’s Bagel Co., says the city needs to provide clear guidelines for businesses who are trying to stay open during the pandemic. 1:05

He bought a tent to extend the patio season at Corner Bar and Grill in Orléans, and spent another $2,000 to have three outdoor natural gas heaters installed — not "a small sum of money," he said.

Then last week, an inspector from the Technical Standards and Safety Authority (TSSA) arrived and told him his heaters aren't allowed within a partially enclosed tent.

"Everybody's been talking about extending patio season for months now," said Varvaresos, who wasn't fined but is now renting new heaters at a cost of $1,000 per month.

"Where were all these people? Then they show up unannounced and give no solutions to our situation, other than you need to shut it down."

Another seven restaurants in and around Ottawa were also visited by TSSA inspectors over non-complying heaters, according to a spokeswoman for the provincial regulatory agency.

Under provincial rules, a patio tent has to have two walls open to allow ventilation. But when it comes to fuel-fired heaters, that tent area — even with the two flaps up — isn't considered an outdoor space.

But what Varvaresos and other restaurant owners are upset about isn't so much that they were discovered breaking the rules — it's that they can't keep up with them.

The hospitality industry has been hit hard by the pandemic. Restaurants are up against constantly changing rules that either partially or completely restrict indoor dining. They've tried to expand takeout and patio service to keep afloat.

Some are closing their doors. Others, like Varvaresos, are doing what they can to follow by the rules. But they say there isn't a one-stop shop that brings together provincial orders, local bylaws and other regulations.

"Jim Watson, as the mayor of Ottawa, has shown no leadership," Buckley said. "The restaurants are basically fending for ourselves."

At least tell us what we're supposed to do.- Craig Buckley

The mayor disagrees. The city has waived various fees associated with patios, and he's rightly pointed out that it was the province that ordered restaurants closed on the Friday before the Thanksgiving weekend, not the city.

Watson said he's trying to get them reopened before the end of the 28-day restriction period. He also stands by the bylaw department's enforcement of the rules, especially over patio enclosures.

"Listen, people can blame me all they want," he told reporters after Wednesday's council meeting. "But at the end of the day, the responsibility is up to the individual owner of that restaurant to ensure that he or she and their employees and customers are not put in further danger."

Kettleman's was one of eight restaurants  fined $880 for a tent infraction just days after indoor dining was banned on Oct. 9.

Buckley said it's not the fine that bothers him, but the fact there's no one to tell him precisely which of his doors need to stay open.

"We care very much about our team and about our guests. So we want to make sure everybody's protected," said Buckley. "But at least tell us what we're supposed to do." 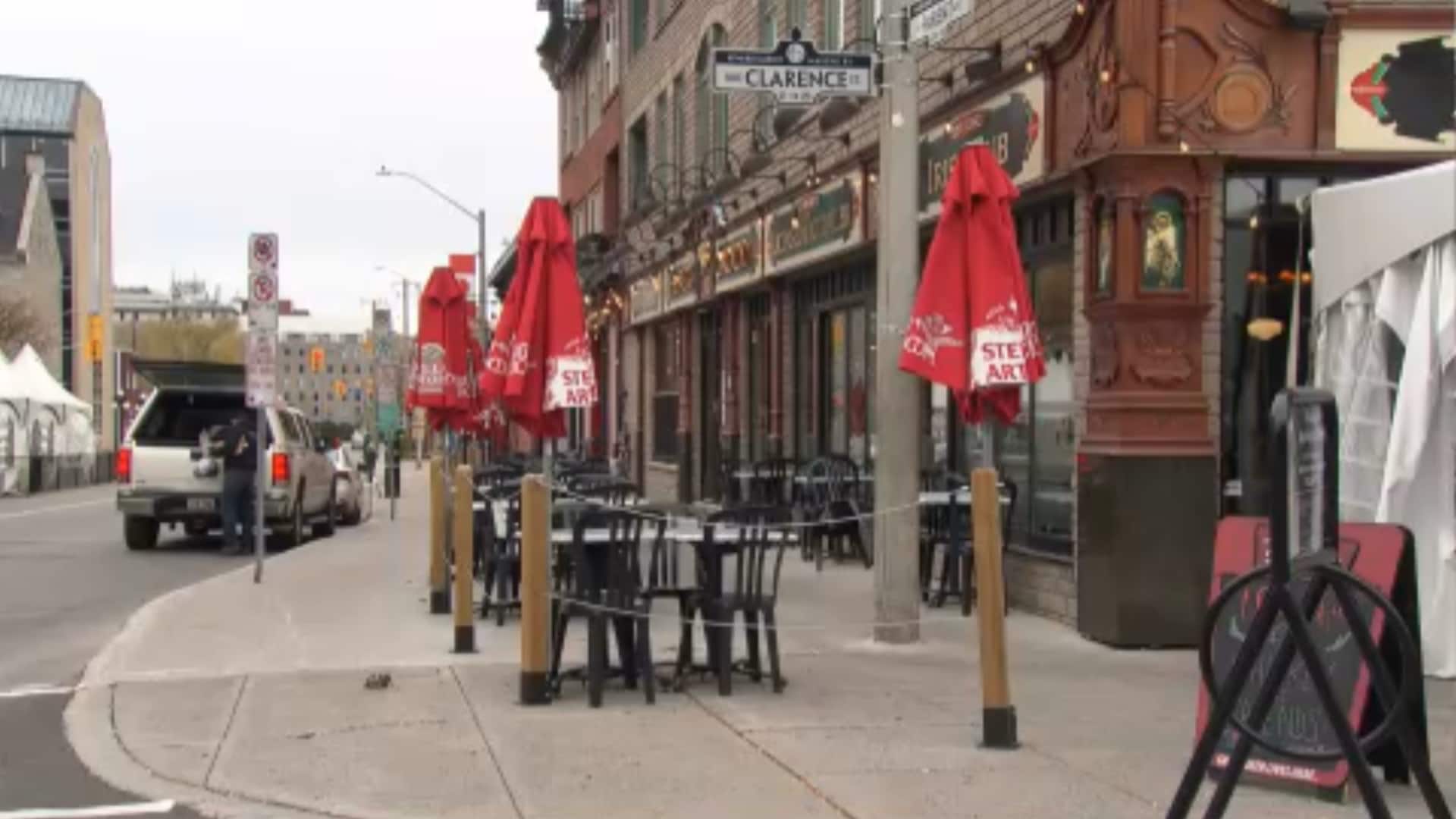 29 days agoVideo
0:50
Nathalie Carrier, executive director of the Vanier BIA, says restaurant closures deal a big blow to the local economy and represent far more than the loss of just a place to eat. 0:50

The city has tried to gather together rules and regulations for restaurants and bars online, but the head of the economic development department recognizes it's been a struggle to keep up with the changes to the industry.

"It's because things are moving as fast as they are, and also because the city did not have advance warning of what the province's intentions were … We found out when they did, and we've been scrambling to put information on our website."

And the city is learning about new regulations itself — like those around fuel-fired heaters. Safety rules for propane and gas heaters have always existed, but restaurants are using them in different ways for the first time this season. And it wasn't until late September that the TSSA began making proactive education visits to restaurants, weeks after they'd already purchased their equipment.

The city is working with organizations like the Ottawa Board of Trade and local business associations to try to share information, although Willis realizes that the details don't always trickle down to individual owners scrambling to survive.

The quickest way for a business owner to speak with a real person, he said, is to call 311.

Then there's the enforcement of the rules — a touchy subject all around.

Roger Chapman, the city's director of bylaw and regulatory service, says his officers are in a difficult position. Most of the time, officers are responding to complaints — they aren't going out looking for rule-breakers.

And while some may think bylaw is being too hard on businesses, Chapman said others believe they aren't doing enough.

"We live in these communities, we visit these restaurants, and it's tough," said Chapman.

Restaurant owners say they know enforcement officers have a job to do, but given their dire circumstances, they'd like more specific directions.

For example, Chapman told CBC that bylaw gave Kettleman's a warning about its outdoor seating last July, but Buckley said he doesn't know anything about that.

Buckley and other restaurant owners told CBC they'd prefer a written warning — something Chapman says is up to the discretion of individual bylaw officers — with exact details of the problem.

"I make bagels. I'm not an infectious disease expert," said Buckley. "I go by with whatever the experts tell us to do, and I and all the restaurateurs want to abide by the law."