Dr. Robert Cushman says his health unit is seeing up to 20 contacts per positive COVID-19 case, and is reminding people not to socialize with large groups despite being in the green zone. 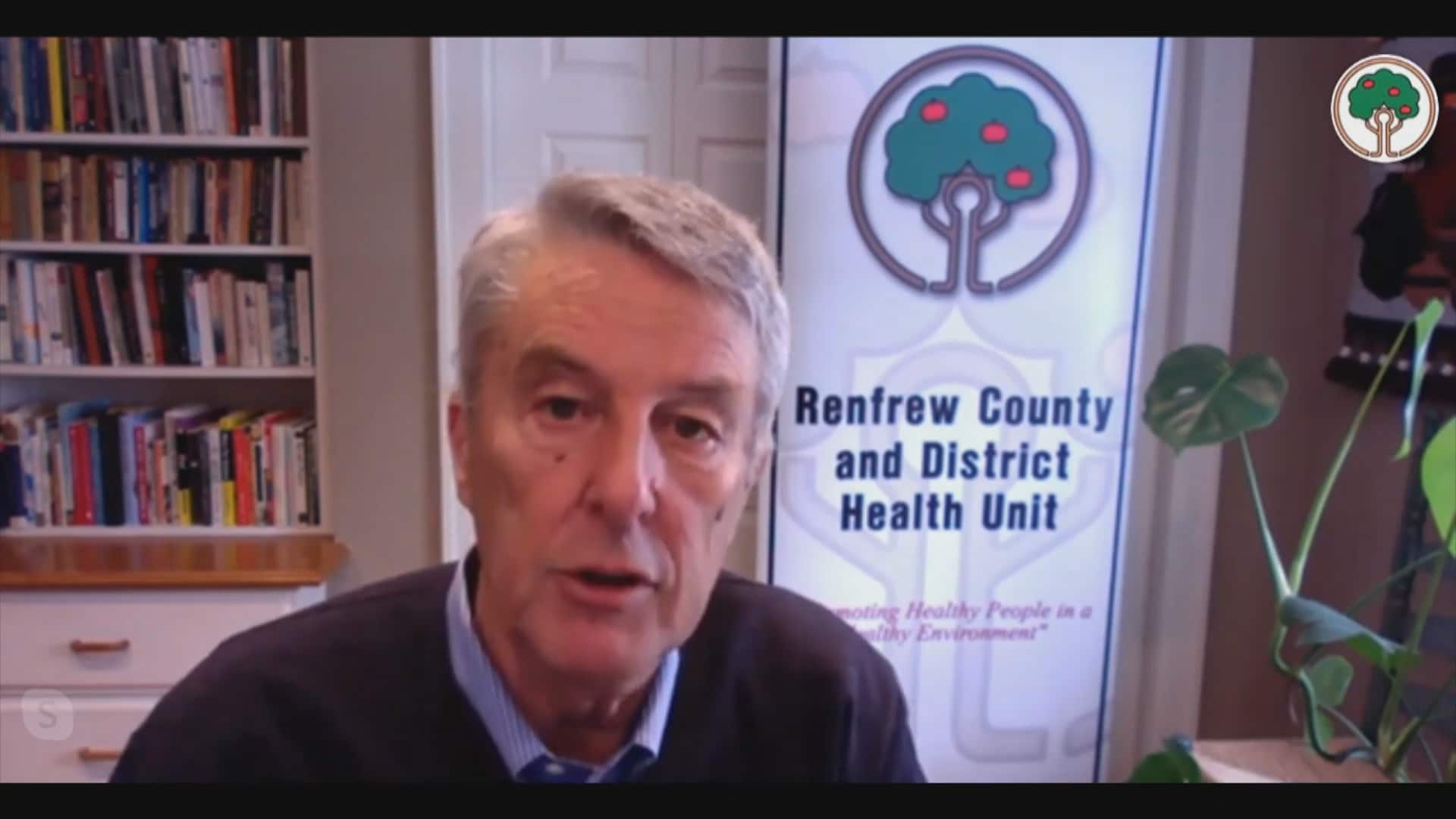 10 days ago
1:01
Rob Cushman, with the Renfrew County and District Health Unit, says officials have seen more close contacts associated with COVID-19 cases, stemming from an increase in social interactions among residents. 1:01

The acting medical officer of health for Renfrew County is raising the alarm over the number of contacts per COVID-19 case in the region.

Dr. Robert Cushman, with the Renfrew County and District Health Unit, said the health unit is seeing between five and 20 contacts per infected person in community cases — a number he says is too high.

"This doesn't make sense," Cushman said in a YouTube video update Friday. "We've heard that with the lifting of the lockdown you can go to work, you can do some shopping, you can get outside a little more than usual ... This does not mean it's party time."

He said there are three major drivers — travel, the workplace, and what he calls "bad behaviour" like sleepovers and a bonfire party.

"The bubble has burst," Cushman told CBC's All in a Day on Monday.

Renfrew County is currently in the green zone on the province's pandemic scale, but Cushman doesn't see this as a reason for people to let down their guard.

"I think people have misinterpreted going back in the green zone. They sort of think ... they can start partying again. That's not true," he said.

He also noted the sudden increase of cases in Barry's Bay, Ont., which has seen more cases in 2021 than all of last year. Cases in that area have accounted for more than a third of confirmed cases for Renfrew County and District Health Unit since Jan. 1, said Cushman.

"They did very well last year. They may have had a case or two. So this has been dramatic," said Cushman. He said there have been concerns of anti-masking and non-compliance in the area.

He said the new variants in the province are of particular concern, especially given the county's proximity to Toronto, and is urging people to keep their guards up.

Cushman says people should keep their social circles to their household and one or two other people who are in need, like "an isolated grandmother."

"This virus travels," he said. "This is how this virus will get into Renfrew County and this is how it will spread like a brushfire."

Ottawa Public Health (OPH) is reporting an average of 5.8 contacts for the week of Feb. 8 — the last week of the lockdown. That's up from 2.3 contacts the first week of February.

In an email, a spokesperson for OPH said the increase in contacts in Ottawa was largely due to the return of students to in-person schooling and "high-risk contacts in school cohorts being reflected in weekly average."

Despite the city now being in the orange zone, Dr. Vera Etches continues to urge people to limit the number of contacts, the statement reads.

With files from Alan Neal