Health officials are still tracing the outbreak from a Thanksgiving dinner in Renfrew County that resulted in about a dozen cases, making up about a tenth of all confirmed cases in the region.

A family's Thanksgiving gathering in Renfrew County is the source of an outbreak that health officials are still trying to trace, says the region's medical officer of health.

"Someone must have showed up to the event with COVID[-19], either they were asymptomatic or they didn't pay attention to their symptoms," he said. "And then it continued to spread."

Cushman said about a dozen cases have been linked to the dinner so far, and health officials are still counting.

As of its latest numbers Thursday, Renfrew County and District Health Unit reported 96 confirmed cases of COVID-19. The cases linked to this one family's dinner party make up more than a tenth of the county's total cases so far.

"One of the things that was interesting was there [were] seniors," said Cushman. "Luckily there was no hospitalizations resulting from that."

Two teenagers also tested positive for COVID-19 linked to the gathering, and that had far-reaching effects, said Cushman.

We can try as much as we can, but somehow there's a certain amount of disregard for what we're saying.- Dr. Robert Cushman, Medical officer of health, Renfrew County and District Health Unit

"We had to do some very aggressive contact tracing and testing in their particular high school," he said.

As a result, about 70 students missed at least a week of classes. They were swabbed over the past weekend at a pop-up clinic, said Cushman.

He said the school did a good job with its health protocols as there was no further spread.

"It gives you an idea of how much work and how much concern these events can cause," he said.

Cushman said this news comes despite his team's efforts before Thanksgiving advising people to keep gatherings to a minimum with just immediate households or small bubbles.

"We can try as much as we can, but somehow there's a certain amount of disregard for what we're saying," Cushman said. "I know everyone has COVID-fatigue but this is sort of a perfect example where you get one of those superspreading events."

WATCH | Cushman says gathering led to about a dozen cases of COVID-19 so far: 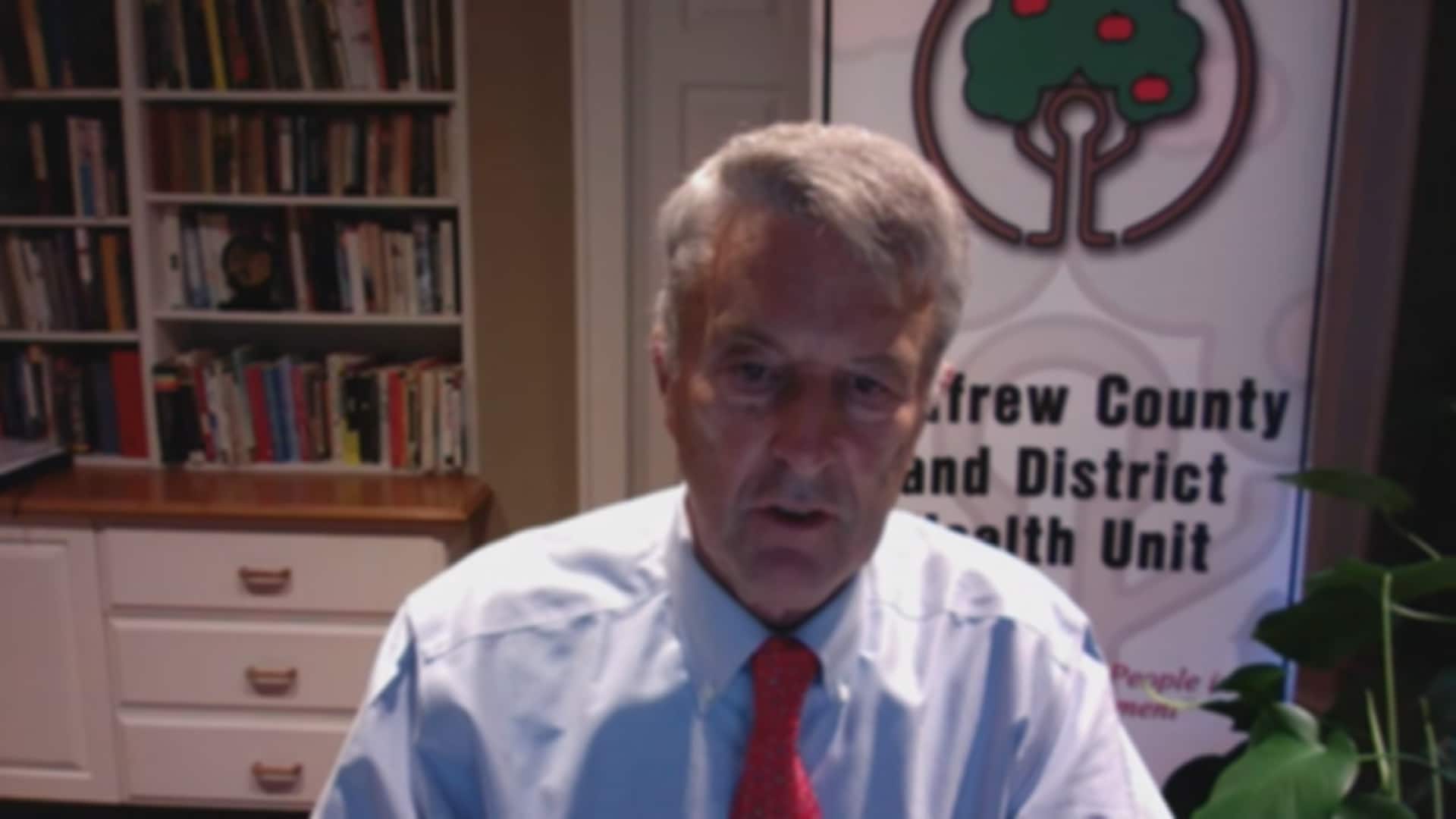 1 month agoVideo
0:59
Dr. Robert Cushman, medical officer of health for Renfrew County, says a Thanksgiving gathering attended by up to 20 people has led to a dozen cases of COVID-19 so far. 0:59

Cushman said these types of gatherings cause COVID-19 to spread "wildly," and it's a major concern from a public health perspective.

"It really affects everybody."