Indigenous children who died while attending residential schools were honoured at a special ceremony Monday hosted by the National Centre for Truth and Reconciliation (NCTR) and APTN at the Canadian Museum of History in Gatineau, Que.

Indigenous children who died while attending residential schools were honoured at a special ceremony Monday hosted by the National Centre for Truth and Reconciliation (NCTR) and APTN at the Canadian Museum of History in Gatineau, Que.

The names of 2,800 children who died — and the schools they attended — were listed on a ceremonial 50-metre-long cloth to commemorate their lives.

"Fundamentally all of this work that's been happening in regards to truth telling is bringing information out of the shadows and into the light, and today we've brought these students names forward so that they will forever be known," said Ry Moran, director of the NCTR.

However, organizers said the names listed do not represent the total number of children who passed away at these schools.

"We know there's many more to come. We've got a lot of work, and importantly now, we've got to start working directly with communities to fill in some of those gaps," said Moran.

According to the NCTR, the number of children identified by name, as well as unnamed in death records, is about 4,200.

It is estimated that about 150,000 Indigenous children were removed from their homes and forced to attend residential schools in Canada. The first schools opened in the 1880s and the last residential school closed in 1996. 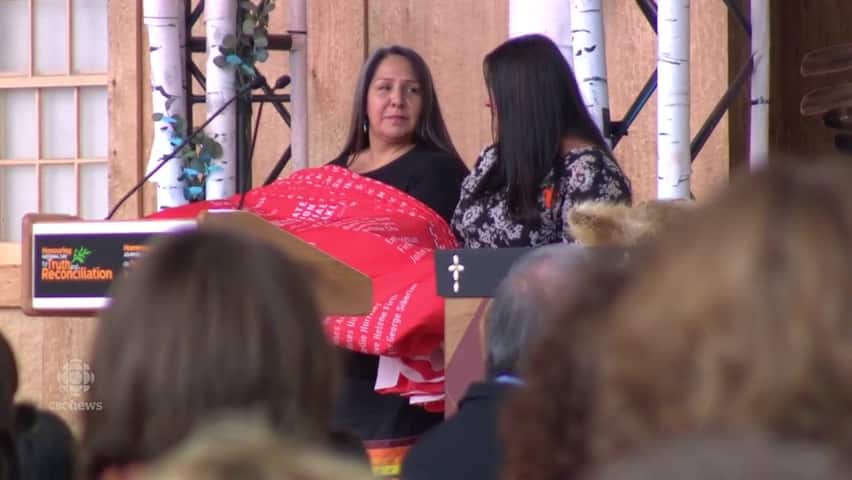 1 year agoVideo
1:36
A 50-metre long ceremonial cloth was presented at a ceremony at the Museum of History. The cloth carries the names of 2,800 children who died at residential schools. 1:36

The ceremony was also in response to a call to action by the Truth and Reconciliation Commission (TRC). Specifically, call 72 which was to develop and maintain a student death registry.

"We need a national registry that makes plain just what was the degree of the loss here," said former TRC commissioner Dr. Marie Wilson.

"These are the children of Canada who were lost because we let them out of sight and left them in harm's way as a country. And we did that legally by laws and policies that we put in place to make it happen." 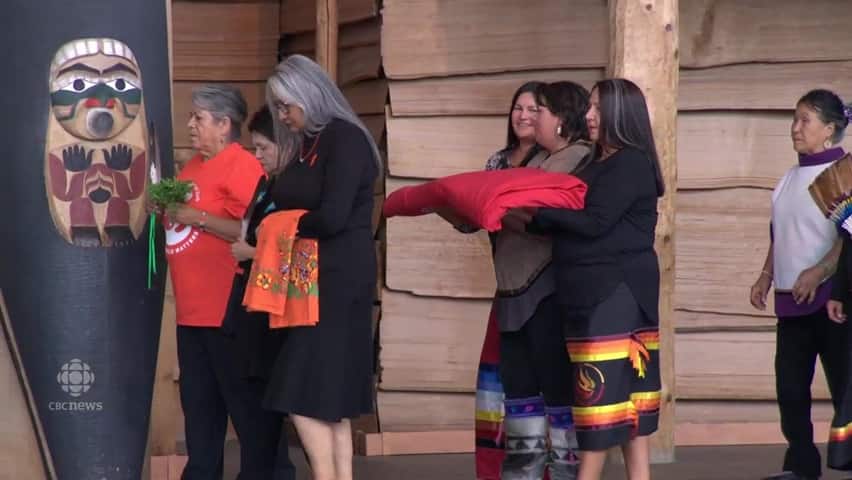 1 year agoVideo
0:55
Marie Wilson, a former commissioner with the Truth and Reconciliation Commission, said Monday's ceremony came with a sense of "tender devastation" as the thousands of children who died in Canada's residential school system were remembered. 0:55

A family's painful past

Residential schools were part of a federal policy to assimilate Indigenous children by removing them from their communities and sending them to schools run by the government and churches.

Many of the students who attended these institutions were emotionally, physically and sexually abused.

Siblings Frank, Margaret, Jackie and Eddie Pizendewatch from Kitigan Zibi near Maniwaki, Que., were forcibly sent to St. Mary's Indian Residential School in Kenora, Ont., when they were children. The school changed their family name to Cote.

"I felt bad for the kids that didn't come back," said Margaret Pizendewatch, who was four years old when she was sent away.

Although all six Pizendewatch children were sent to the same school, they were forbidden from speaking to one another.

"We couldn't talk to each other," said Eddie. As a result, the children developed a secret language to communicate.

"We'd always go like that [wiggling pinky finger] secretly without the nuns looking at us or the priests," said Jackie.

The ceremonial cloth will be taken to the National Centre for Truth and Reconciliation, but organizers said it may at some point be displayed at the Canadian Museum for Human Rights.
CBC's Journalistic Standards and Practices|About CBC News
now