The University of Ottawa's student federation (SFUO) is warning students about a private company's competing orientation week that the SFUO claims promotes binge drinking, reckless behaviour and a "hyper-sexualized" atmosphere. 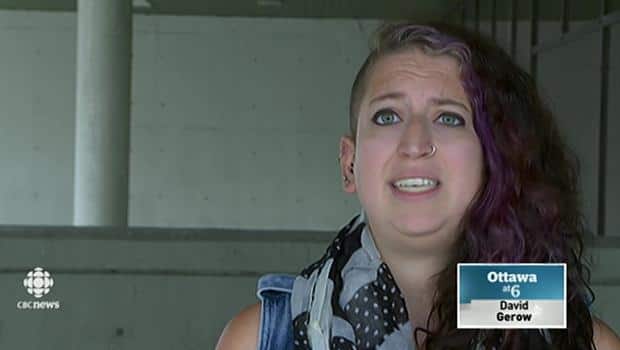 6 years agoVideo
2:40
The University of Ottawa's student federation is critical of a private company's online ad. 2:40

The University of Ottawa's student federation (SFUO) is warning students about a private company's competing orientation week that the SFUO claims promotes binge drinking, reckless behaviour and a "hyper-sexualized" atmosphere.

​SFUO vice-president Nicole Desnoyers said the SFUO was "concerned and very disappointed" after watching a video — created by and posted by Aficionado Studios to promote its 2014 event in the Ottawa area — that she says "promotes excessive consumption in every way."

"I mean, the video is just excessive binge drinking, excessive drug intake, and we also see this video place women in very dangerous and hyper-sexualized situations, which is the exact opposite of the work that the student federation has done, especially over the past year around rape culture," Desnoyers said.

The video shows young women and men partying and drinking. There is also a brief shot of what looks like a large handful of marijuana, and another shot of a man sitting next to a bong. Women are shown in underwear and bikinis, and there's an edited segment of people being injured in incidents while partying.

Aficionado founder Jarett Lopez said much of the video footage in the promotional video was "found" video taken from the internet, but said for a couple of scenes Aficionado shot, they used props, not alcohol or illegal substances, during filming.

​In a post on his Facebook page, Lopez also wrote that they used sexually suggestive images in the "infotainment trailer" because "sex sells."

"... it's ridiculous to be so disgusted by it," Lopez wrote. "The concept was to give them an idea of what young adulthood outside the classroom can be like, that it's okay to be silly and make mistakes and also have a blast while doing it, if your young adult life doesn't contain any mistakes or sex or drinking, that's your issue."

Lopez told CBC future videos will focus less on "shock value" and more on the actual activities. He said the event — which he hopes attracts 500 students — is designed to let students meet people outside of their school and their faculty.

Desnoyers said the student federation acknowledges that drinking does occur during frosh week but said the university is prepared to handle those situations.

"Our 101 week has a team of 40 first responders coming to all of our events, returning students being leaders within their faculties for all of the new students. So we have all these structures to ensure that students can be as safe as possible while they experience drinking and Ottawa night-life for the first time," she said.

She said, conversely, the student federation has no way of knowing what safety measures would be in place at the outside frosh event.

Lopez wrote in his Facebook post that his staff will use common sense while dealing with drunk clients.

"... what do you normally do if someone gets too drunk? You give them water, have someone sit with them, and then, you send them home to sleep it off," Lopez wrote. "That's it, did you need training to do that? No. It's just common sense once you've partied enough, and we're more than capable of handling that."