Canada’s French-speaking co-operatives are reaching out to their counterparts in English Canada after operating separately for a century. 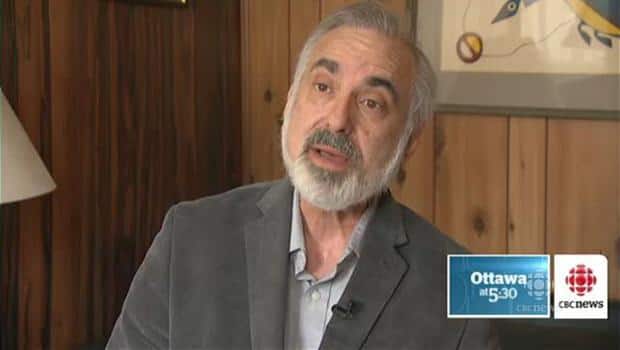 7 years ago
2:36
A new group brings together Canada’s French-speaking co-operatives and counterparts in English Canada. 2:36

The implosion of the Parti Québécois election campaign and the election of one of the most unabashedly federalist premiers in the province’s recent history were good news stories for Canadian federalists in April.

Much less noticed was the creation, in the same month, of a new organization bringing together Canada’s French-speaking co-operatives, overwhelmingly based in Quebec, and their counterparts in English Canada, many of whom have their roots in western Canada.

It’s significant not only because Canada’s co-ops and mutual associations count 18 million members. It also marks a historic turning point for a co-operative movement where shared ideals were not always enough to overcome Canada’s traditional two solitudes.

Quebec’s co-operative movement traces its history back to 1900, when Alphonse Desjardins opened the first Caisse Populaire. Today the credit union he founded is Quebec’s largest financial institution. Co-ops soon spread into other sectors such as agriculture and forestry. Agropur and La Co-op Federée are two of the biggest farm co-ops in the world.

From the beginning, the working language of Quebec’s co-ops was French, while the dominant business language of the day in Quebec was English.

“Co-operatives became a way for Quebecers to affirm their own identity, to control their own institutions,” says Mark Goldblatt, a co-op  founder who has worked in the field for 40 years.

“It was an alternative to achieve ‘Maîtres Chez Nous’, because it was local Quebecers who controlled those institutions and not English capital out of Montreal, and co-operatives’ growth has been a reaction to that, and a way of confronting that in a practical and sustainable way.”

Goldblatt was recently involved in opening a funeral co-op in Ottawa modelled on the Co-operative Funeraire de l’Outaouais, which handles 75 per cent of all funerals in west Quebec. It offers a non-profit alternative to expensive private funeral homes.

The Quebec co-op helped the Ottawa branch to get started.  That kind of co-operation between Quebec co-operatives and the counterparts in the rest of Canada used to be unthinkable, said Goldblatt.

“This western-based organization and an organization like the Desjardins federation are now comfortable to be talking to each other, and I think years ago that would have just seemed impossible and completely out of reach.”

'We will have one voice'

This month a small celebration in Ottawa marked the beginning of Co-operatives and Mutuals Canada, a new umbrella group that, for the first time, joins anglophone and francophone co-operatives under one umbrella.

“I think we both had very different cultures and histories. So it took a lot of work, about seven years since the initial conversation. And I think the two solitudes might be part of the reason for some people.”

Guy said the union will make the co-op movement stronger.

“We will have one voice, we often had two voices. We have an organization that represents half the population of Canada, 18 millions Canadians are members of co-ops and credit unions.”

​Caisse Desjardins has been at the forefront of the rapprochement, expanding out of its Quebec base and seeking to build a stronger relationship with the federal government.

“Many of the co-operatives in Quebec, Desjardins and others, have already activities across the country. And I would say that people are really quite enthusiastic about this opportunity for working better and more together.”

In January the Caisse bought State Farm Canada and became one of the country’s biggest insurers. It is also Canada’s largest financial institution after the Big Five banks, with more than $200 billion in assets.

“We are also very pleased that we were able to sign a co-operative agreement with Coast Capital from BC. And we hope that we are also able to have agreements with different credit unions across the country, and we expect that we will be able to work very well with all of them.”

Leroux says that co-operatives have realized that they share the same economic goals, and that those are more important than the boundaries that used to keep them apart.

Mark Goldblatt says the success of Quebec’s co-operatives has made them a model for the rest of the country.

“Quebecers and Quebec co-operators are very comfortable with their place in the Canadian federation, because as a friend of mine said they’ve already achieved sovereignty-association. There’s this enormous sense of confidence that doesn’t require a separate existence, a separate identity. It’s simply not required anymore for the French fact in Canada and the world to be affirmed and recognized.”

Some observers say it’s also a sign of the shifting political winds in the province. As the Parti Québécois has drifted rightward, playing on issues of ethnic identity and recruiting businessman Pierre-Karl Péladeau to its ranks, many Quebec progressives have drifted away, and economic and social issues have replaced nationalist concerns.

Hélène LeBlanc, NDP member for LaSalle Emard, was part of the “orange wave” that swept the province in the 2011 election, bringing 59 NDP members to office and all but eliminating the Bloc Québecois.

She said recent moves by Quebec’s co-operatives are part of a new openness.

“Co-operatives are innovators and they are trailblazers, and I think they are showing us that it is possible to work together.”