Ontario Algonquins hope a draft agreement on a land claim in eastern Ontario could pave the way for an historic treaty and land settlement, but the agreement is facing some resistance from Algonquins on the other side of the Ottawa River. 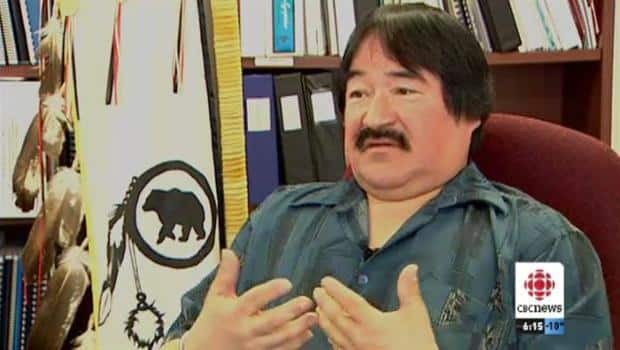 Ontario Algonquins are hoping a draft agreement in principle on a land claim to a large area in eastern Ontario could pave the way for an historic treaty and land settlement, but the agreement is facing some resistance from Algonquins on the other side of the Ottawa River.

The Algonquin land claim is still in its early stages, with the draft agreement in principle between the Algonquin people and the Ontario and federal government only in the first step in what promises to be a long process.

If and when it is finalized, it would mean the transfer of 117,000 acres of provincial Crown land to 10 Algonquin communities, along with $300 million. No private property would be expropriated as part of the deal.

But most status Algonquins are affiliated with one of the nine reserves in Quebec, while Ontario has only one Algonquin reserve at Golden Lake. That has led some Quebec Algonquins to question why they are not more involved in the process.

Chief Harry St. Denis of Wolf Lake First nation in Quebec came to Ottawa recently to tell the federal and Ontario governments that the Ottawa River may separate two provinces, it does not partition the Algonquins' traditional territory.

Jean-Guy Whiteduck, band manager and former chief at the largest Algonquin reserve, Kitigan Zibi in Maniwaki, Que., said the federal and provincial governments should deal with all ten Algonquin reserves at once instead of playing divide and conquer.

"I never felt there was really a political will to move on the part of the federal government, at one point we had five of the communities willing to move and the government was resistant telling us 'no, no, you all have to be there'," said Whiteduck.

"Now they are moving ahead with Golden Lake, so [it's] a double standard in our view," he said.

Ontario's chief negotiator, Brian Crane, said the province accepts that Quebec Algonquins have legitimate claims and said the current draft agreement in principle states that it is not dealing with the rights of the Quebec Algonquins in Ontario.

But Jean-Guy Whiteduck said those guarantees fall short, and Ontario will ultimately have to deal with his people directly.

"The government wants certainty on this process. Certainty will be when we agree, when all the other Algonquin communities agree too. They can't get certainty just with Golden Lake," he said.

Kirby Whiteduck is one of the treaty's negotiators and the chief of Pikwakanagan First Nation at Golden Lake, the only Algonquin reserve in Ontario.

He said while he understands the concerns of Algonquin communities in Quebec, and recognizes the rights of Quebec Algonquins in Ontario, just as he says Ontario Algonquins have rights in Quebec.

But he said the land claim issue has dragged for a century, and during that time much of the potential land in the claim has been lost as the area has become more developed.

"If we wait another 100 years, what's going to happen?" said Kirby Whiteduck.

"I agree it would be a lot better if we all went together, but I guess there's differences... and our members want to see something more concrete," said Whiteduck.

Three Quebec reserves, Wolf Lake, Eagle Village and Timiskaming, have said they will launch a claim of their own in protest, one that encompasses land on both sides of the Ontario-Quebec border.