The head of the largest public sector union said Wednesday she's excited and ready to start fresh with a new president of the Treasury Board, the department that oversees the federal public service.

The head of the largest public sector union said Wednesday she's excited and ready to start fresh with a new president of the Treasury Board, the department that oversees the federal public service.

PSAC president Robyn Benson said she's never met Scott Brison, the veteran Nova Scotia MP and cabinet minister who took over the Treasury Board portfolio, but said there's a lot to be done and she's ready to get to work.

"We were at logger heads with [the Harper] government, every time we turned around they were cutting a program, they were cutting bodies, they were disrespectful, treating them with disdain and disregard," said Benson. "Canadians overwhelmingly said they want change, so did we."

Following Prime Minister Justin Trudeau's first meeting with his new cabinet, Brison said the Liberal government plans on re-establishing a culture of respect "for and within our public service."

"The previous government gratuitously attacked the public government at every opportunity. It's hard to be disrespectful publicly and then expect responsible, fair engagement privately. You can't move a progressive agenda for Canada forward without the full engagement of your public service." 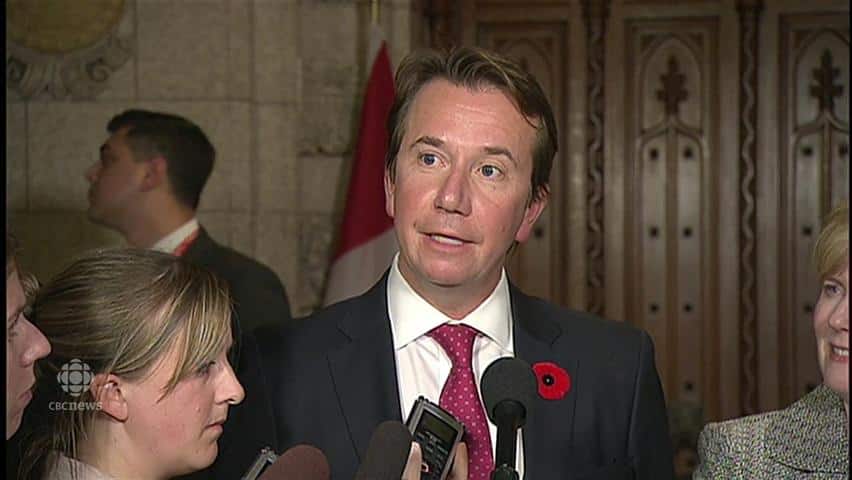 5 years ago
0:50
Liberal MP Scott Brison says Liberal government will restore respect for and within the public service 0:50

Sick leave policy for federal workers was one of the most contentious issues between the Harper government and unions.

Earlier this year, the Conservatives booked close to $1 billion in savings with plans to scrap the current sick leave program — in the midst of contract negotiations.

That led unions to take the government to court and it's one of the issues Brison and the new Liberal government will have to address.

"So the Trudeau government should be coming to us with a new mandate. If they come with the same mandate that will certainly set a tone that I'll certainly be shocked at. So what I believe will happen is the new Treasury Board president will talk to his staff, look at where they've been and where they want to be," Benson said.

Other issues also on the table

Benson also said there has been no hiring in most departments, veteran's affairs offices have been closed, search and rescue units shut down and there were big changes to employment insurance and old age security under the Conservatives.

"There's a lot of work that this government needs to undo," she said, adding the Liberals will need to be respectful, open and transparent.

In a statement Wednesday, Trudeau wrote, "Openness and transparency will be our constant companions, and we will work to restore Canadians' trust in their government and in our democracy."

He said his government is committed to bringing a new tone to Ottawa and a renewed sense of collaboration.

Benson said she's going to keep an open mind "until proven otherwise," but at the same time, she knows what she wants to see.

"If they were smart, in my humble opinion, they'd come, negotiate a collective agreement, take sick leave off the table, and have no unrest," said Benson, who noted they've polled members on the issue.

"They're 100 per cent behind their sick leave."