Following four COVID-19 outbreaks and more than 50 deaths at Madonna Care Community in Ottawa, new inspection reports from Ontario's Ministry of Long-Term Care point to several serious violations at the home since April. 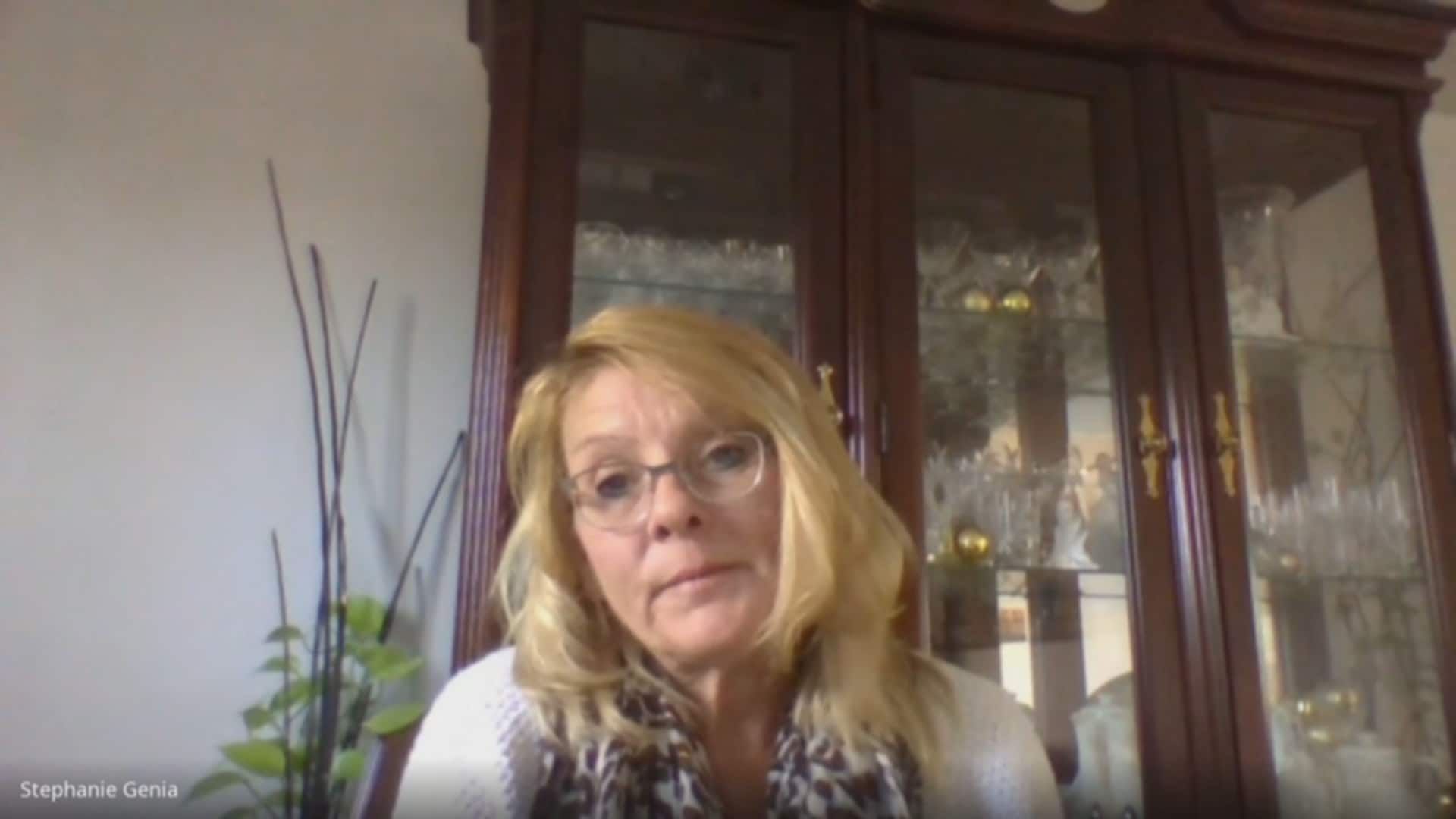 2 months agoVideo
0:57
Stephanie Kocielski, whose mother lives at the Madonna Care Community, says a staff member caught abusing her mother was allowed to continue working with her for another five days. She says that incident, in addition to lapses in infection control, has destroyed her trust in the care home. 0:57

Following four COVID-19 outbreaks and more than 50 deaths at Madonna Care Community in Ottawa, new inspection reports from Ontario's Ministry of Long-Term Care point to several serious violations at the home since April.

The ministry has asked the home to write a plan of action to correct nine of the problems.

Families of residents say they're readying for what's expected to be a furious virtual town hall meeting with management at the home, which is owned by Sienna Senior Living, on Thursday.

Stephanie Kocielski's mother Beverly Peterson moved into Madonna in February, just before the pandemic struck Ottawa. Kocielski installed a camera in her mother's room the day before the lockdown began. It was that camera that caught abuse by a personal support worker (PSW). Provincial inspectors have confirmed the abuse.

"I was told at the time that specific PSW wouldn't be working with my mom anymore until it was investigated, and I believe she worked with her for five more days after that. Just horrible," said Kocielski.

"Staff would not be aware of the actions to be taken within the home should there be a fire," noted the inspector.

Betty Yakimenko, head of the family council at Madonna, said many residents are unable to get out of bed by themselves, or even leave secure floors in the event of a fire. A severe staff shortage further elevated the danger, she said.

"That's ludicrous not to have fire drills, to not have a fire safety plan in place for that many residents that don't have the cognitive awareness or even the physical capability to be able to know what to do," said Yakimenko.

Sienna said it has submitted an action plan to the ministry to address the violations.

"The team is monitoring the steps outlined in the action plan daily," the company's communications manager Nadia Daniell-Colarossi wrote in a statement to CBC.

The ministry said an unannounced follow-up inspection will determine whether those corrections have indeed been made.

"Repeated non-compliance is a serious concern and can result in escalated measures and sanctions," said a statement from the ministry.

Families' anger 'off the charts'

Yakimenko, whose own mother is a resident at Madonna, said she's already warned the home's management about what to expect at Thursday's town hall.

"I said, 'You have no idea how angry families are. They were angry before, now they're just off the charts.' I told her, 'I hope you've got a good thick combat helmet, because you're going to need it.'"

Many families believe that regardless of the constant complaints and inspections, there have been too few notable improvements, according to Yakimenko.

"There's no accountability," she said. "What happens three, six months down the road? It's like being on a hamster wheel — it doesn't matter how many times you go around and around, nobody's listening."