After the City of Ottawa installed cheaper fencing than it wanted to keep people off the abandoned Prince of Wales Bridge, it's had to be repaired dozens and dozens of times because people keep breaking in.

After the City of Ottawa installed cheaper fencing than it wanted to keep people off the abandoned Prince of Wales Bridge, it's had to be repaired dozens and dozens of times because people keep breaking in.

The chain-link gated fencing was installed in September 2016, along with some no trespassing signs, at a cost of about $46,000.

There were different chain-link fences and signs in place before then, but they fell into disrepair and were repeatedly vandalized by people looking to cross the bridge on their bikes, eat picnics, watch the sunset, and just hang out.

In response to mounting safety concerns about ongoing illegal use of the bridge, Transport Canada — which still regulates the disused railway crossing — wrote to the cities of Ottawa and Gatineau in December 2015, asking them to "permanently barricade the bridge to stop trespassers."

The City of Ottawa planned to spend about $250,000 to install more rigid and secure gates, but after public outcry, the city decided to spend just $46,000 on a different chain-link fence and more trespassing signage.

The new fence was installed in September 2016 and was broken into just hours later.

(Specifically, there have been 46 repairs from April 2017 to present. The city was unable to immediately provide the number of repairs from September 2016 to April 2017, when a formalized work order tracking process was not yet in place.)

The cost includes fixing fences cut along Lemieux Island (which the rail bridge crosses), fixing fences along pathways and the former railway area, repairs to the gates at the north and south end of Lemieux Island, and replacing vandalized signs along the fence and gates.

Fencing was broken through as of this writing, and Charter wrote that a service order is currently open for repairs by Public Works and Environmental Services staff. 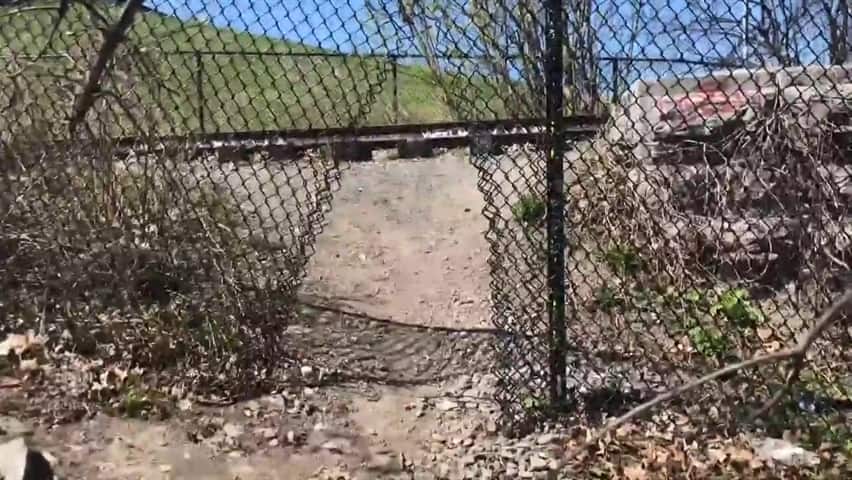 After the cheaper fencing option was installed and broken into the same day, Coun. Jeff Leiper warned that if people keep vandalizing it, "the city is almost certain to go ahead and in order to protect itself from liability ... put in place that more expensive solution."

Gibbons wrote in a statement Friday that there are currently "no plans underway to discuss alternative fencing."

Leiper was unavailable for an interview Friday.

The truss bridge was built in 1880 and its rail line operated for decades until it was eventually abandoned. Then the City of Ottawa bought it for about $400,000 in the mid-2000s.

The bridge has been included in transportation plans as a potential future LRT extension or multi-use path to Gatineau, but has been kept closed in the meantime with chain-link fencing.