The delay until February 2013 of OC Transpo's Presto electronic smart card had councillors fuming and transit officials with more questions than answers on Wednesday. 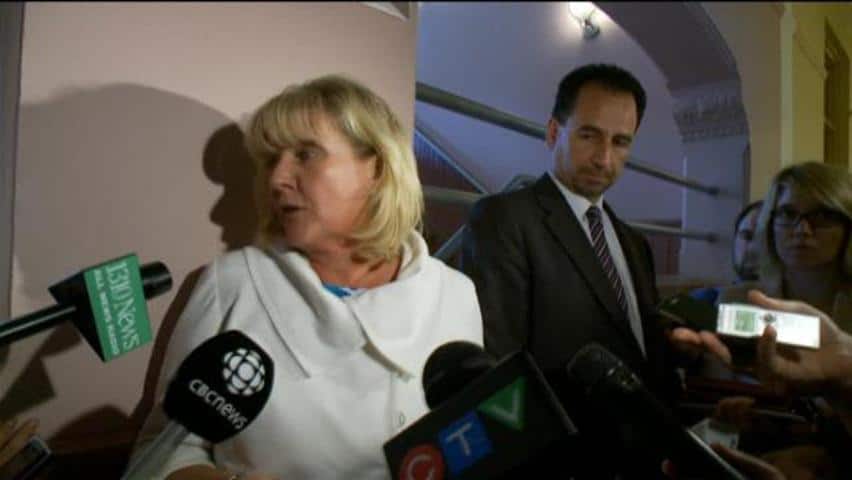 The delay until February 2013 of OC Transpo's Presto electronic smart card had councillors fuming and transit officials with more questions than answers on Wednesday.

The one-touch Presto pass was supposed to be up and running on OC Transpo buses by Canada Day, but technical issues related to problems getting readers to recognize the "tap" of the card forced a delay of the launch.

The provincial agency responsible for the Presto transit pass, Metrolinx, had told the city it would pay for the delay in implementing the system.

But on Wednesday Metrolinx said further technical issues — including a software issue that causes screens to go white — will delay the launch until February 2013.

Councillors on Wednesday grilled officials from Metrolinx and Accenture, the company that makes the Presto system.

"Why did we not find out until the program was rolled out, the advertising was in place: Surely to God you knew there was a problem," asked councillor Keith Egli.

"We'd better get Presto right for February 1 because we don't want another black eye on this one," said councillor Tim Tierney.

"Until Metrolinx identifies the root cause of the problem, I'm lacking confidence in any date," said Deans.

Metrolinx operates an earlier version of the technology in Toronto, but Deans said Ottawa wanted the cards to be useable as monthly and yearly passes, something the Toronto system wasn't equipped to do.

"Unfortunately, I think what's very clear to us now is we're the guinea pigs, this system is not quite ready and they are giving us all kinds of assurances but the reality is it's not ready to go," said Deans.

"I have every confidence and faith that the system will be a great system for the people of Ottawa when it's deployed, but we need to build confidence in that system now," said McCuaig.

While Metrolinx has promised to cover reasonable costs, it's unclear what those costs will include.

Deans also introduced a motion Wednesday calling for the extension of the EcoPass program for a year.