An Ottawa food bank that accepts "prescriptions" for fresh produce is struggling to keep up as more and more people come from across the city looking for fruit and vegetables.

An Ottawa food bank that accepts "prescriptions" for fresh produce is struggling to keep up as more and more people come from across the city looking for fruit and vegetables.

About five years ago, the Parkdale Food Centre in Hintonburg began accepting clients from outside its catchment area, provided they have a written note for nutritious food from their doctor or social worker.

It's part of a growing "social prescription" movement to promote healthy eating, exercise and even social interaction.

"They're coming from across the city with a prescription from their doctors saying, my patient has a low income, has diabetes or hypertension or whatever other reason, and requires healthy food."

Agnes Nakitende and her family came to Canada from Uganda about six months ago. When they arrived, she said her children started developing food allergies and her husband was diagnosed with diabetes. 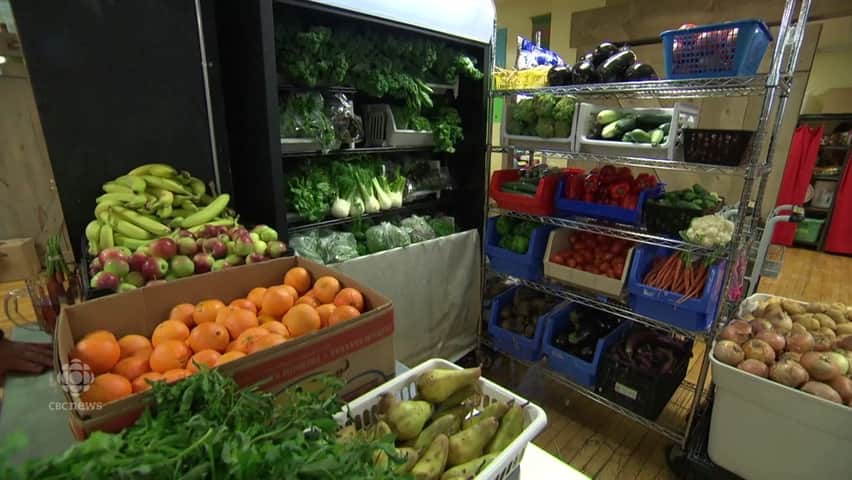 1 year ago
1:30
Agnes Nakitende, who came to Canada from Uganda, and Karen Secord, executive director of the Parkdale Food Centre, spoke to CBC News about the impact of the centre's fresh produce offerings. 1:30

She said her dietitian then directed them toward the Parkdale Food Centre. Armed with a prescription, the family was welcomed with open arms even though they live in another part of town.

Idayat Olugbade was in a similar situation after moving to Ottawa from Nigeria with her three children. She buses about 45 minutes from their shelter in the east end to get to the Parkdale Food Centre.

"When my children saw it they all cried. I cried, because that's my first time of someone helping me as much as that," Olugbade said. "They're just amazing people here. I don't know where they come from, they're just like angels to me."

Dr. Laura Muldoon, a family physician in the Somerset West Community Health Centre, said the idea of social prescriptions is spreading within the medical community.

"I haven't ever actually directed anyone to a different food bank to see if that would work," Muldoon said.

For the Parkdale Food Centre, though, its reputation as the go-to spot for nutritious food has come at a cost. Secord said when she decided to start accepting the prescriptions, it was partly to prove a point.

"What I'm trying to do is to show that when people do not have access to healthy food, we indeed have a public health crisis," Secord said.

The food bank is now joining with eight other organizations to try to create distribution hubs across the city where people will eventually be able to get fresh food closer to home.