A five-month investigation into high-end auto thefts in Ontario led to the interception of 100 vehicles that were about to be shipped overseas.

A five-month investigation into high-end auto thefts in Ontario has led to the interception of 100 vehicles that were about to be shipped overseas.

According to Ontario Provincial Police, who led the investigation, the ring operated from Hawkesbury to Petawawa and Kingston in eastern Ontario, as well as the Toronto area, especially York Region and North York.

They've charged 20 people from Quebec with stealing 497 vehicles from dealerships and homes by reprogramming key fobs to unlock them and driving away.

Some were taken to Montreal to be shipped to African or Middle Eastern countries where those types of luxury SUVs and pickup trucks are not commercially available and can be sold at twice their retail value, police said.

Of these vehicles, 97 were recovered this year, according to a Tuesday news release.

The investigation, dubbed Project Shildon, began in June when police noticed a spike in vehicle thefts. Police in Montreal and Laval, Que., executed 12 search warrants last week and said they found the tools involved in the thefts, as well as illegal drugs and brass knuckles.

Police from Ottawa, Toronto and York Region were also involved, as was the Canada Border Services Agency, with about 100 law enforcement officers involved overall.

How to deter thieves

OPP said in the news release the best thing vehicle owners can do to avoid such thefts is to install lights and cameras outside their homes, and keep vehicles in a garage when possible.

They recommend not keeping car keys close to the exterior walls of a home, and storing them in a metal container or pouches known as Faraday Bags to block signals used by keyless entry systems.

Owners can also install startup systems that require a second fob with a pass code.

Dealerships can use less valuable vehicles to block in their expensive cars and trucks. 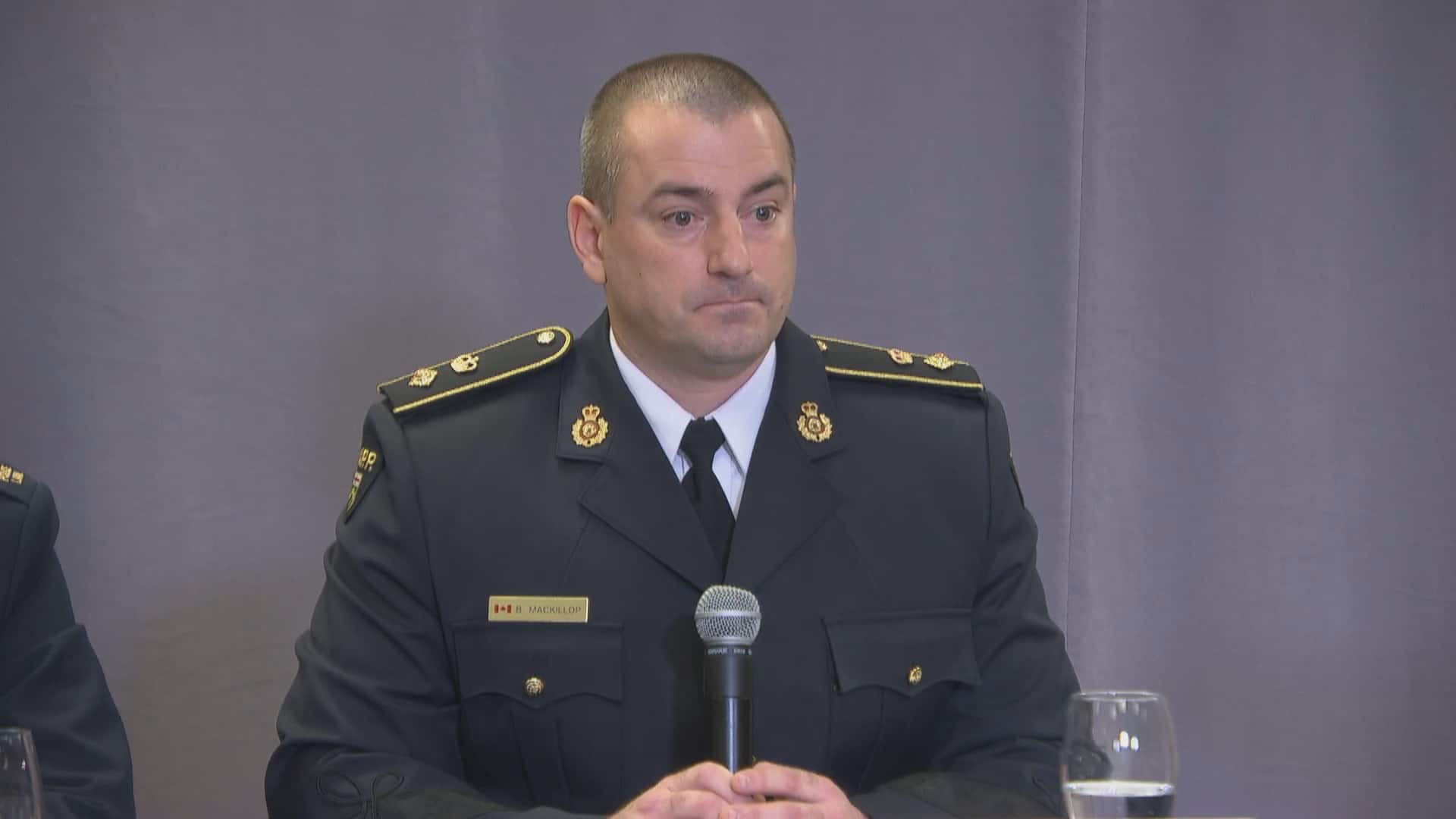 10 months ago
1:23
OPP Superintendent Bryan MacKillop says dealerships and vehicle owners need to be aware of these thefts and know how to protect their property.  1:23

The announcement comes roughly a week after police in Hamilton said they had arrested four suspects in connection with an alleged international auto theft and export ring.

In that case, thieves allegedly stole rental cars from across southern Ontario and sent them overseas or dismantled them for parts.

Those suspects — three men and a woman — are facing dozens of charges.