'Wonderful, and kind of terrifying': Pilot captures Orléans tornado from above 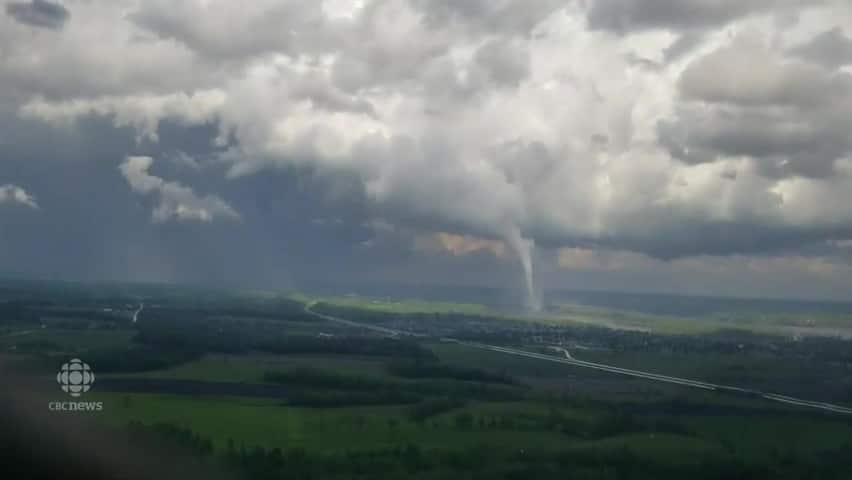 2 years agoVideo
0:57
Jonathan Hilaire shot this video from the skies on Sunday evening as an EF1 tornado touched down in Ottawa's east end. 0:57

He pulled out his phone and aimed his camera at the tornado, which damaged homes and trees in Orléans just before 6 p.m. before dissipating.

Hilaire, a volunteer with ACM Warbirds of Canada, an organization that restores vintage and flies aircraft, said he felt no fear while he was filming the phenomenon. Instead, he felt awestruck by the "rare moment," he told CBC Monday.

It [was] very nice and beautiful. It was a rare moment that I was witnessing.- Jonathan Hilaire, volunteer pilot

"I didn't realize what we [were] going through. I was just a witness of a wonderful — and kind of terrifying — moment of nature's power," Hilaire said.

"It was just when we landed that I basically realized there could have been damage on the ground, there could've been injuries."

Hilaire was flying back to Gatineau in an Aero L-29 Delfín when he and a co-pilot first got word from air traffic control that there could be a tornado.

"We began to look around us and we saw a great thunderstorm cell," he said. "At the base of the clouds, we saw [a] triangular shape form.... It [was] very nice and beautiful. It was a rare moment that I was witnessing."