An Ottawa city councillor is calling on the province to loosen restrictions on where the city can install photo radar to catch speeders in the act.

An Ottawa city councillor is calling on the province to loosen restrictions on where the city can install photo radar to catch speeders in the act.

Last week, the city announced its four new photo radar cameras caught more than 10,000 speeding drivers in just 18 days in July. But provincial law limits the technology's use to two specific types of zones with speed limits below 80 km/h: school zones, where the cameras must be within 150 metres metres of a school; and "community safety zones," where council has deemed public safety a special concern.

A city should use every tool it has at its disposal to keep its citizens safe.- Coun. Riley Brockington

"My big ask is, give municipalities the authority to use this technology where they believe it's needed," said Brockington.

As an example, Brockington cites the north end of Merivale Road near Laperriere Avenue in the city's Carlington neighbourhood.

Two elementary schools, W.E. Gowling and St. Elizabeth, sit near the intersection, and many children cross the arterial road twice a day on their way to and from classes. But since neither school is on Merivale Road, that stretch doesn't qualify as a school zone.

WATCH | Why some Ottawa residents say photo radar should be allowed outside school zones: 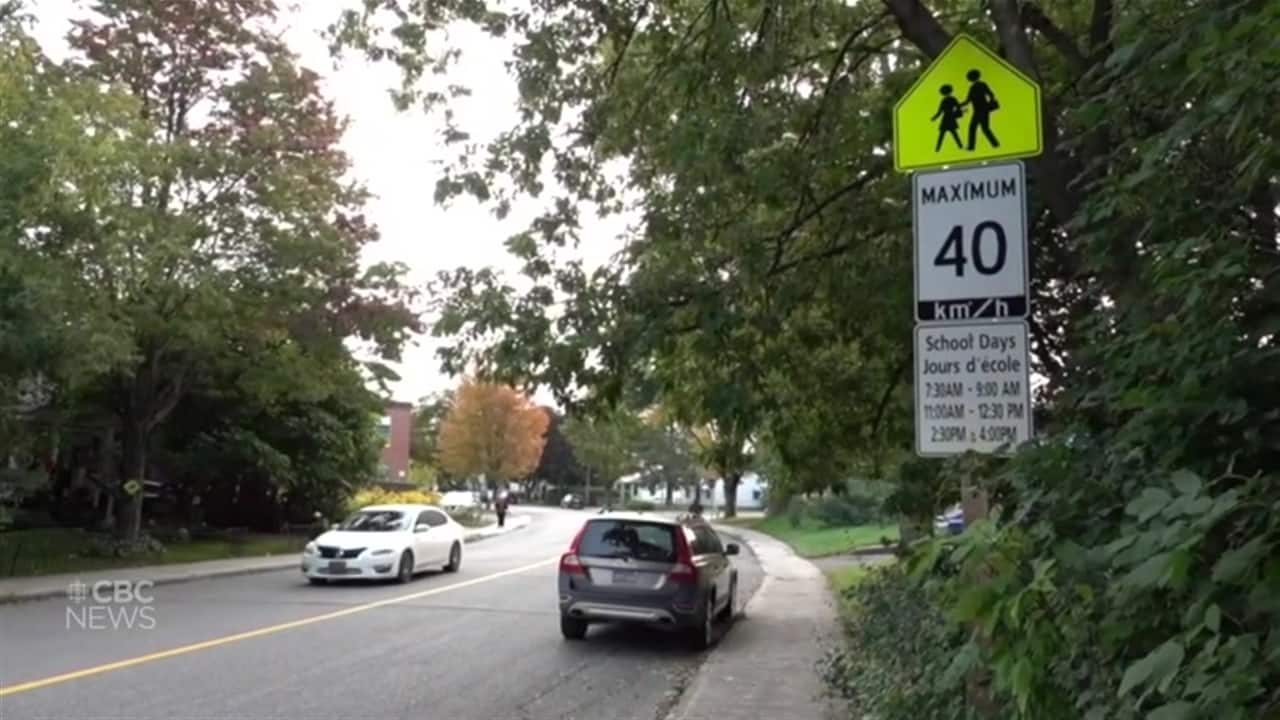 Declaring a section of road a community safety zone requires a number of conditions to be met, including council approval and special signage, which Brockington considers unnecessary restrictions.

"A city should use every tool it has at its disposal to keep its citizens safe," he said. "Don't handcuff us to just school zones or [community] safety zones."

While the speed limit on Merivale Road at Laperriere Avenue is 50 km/h, James Winkel and his 10-year-old daughter Helena said that during their walks to and from W.E. Gowling, they spot many drivers going much faster.

Simon Lewchuk, a father of four children who attend W.E. Gowling, said he supports Brockington's call to loosen restrictions on where the city can install photo radar.

A lot of families like us are walking from outside the school zone to school," said Lewchuk. "It's something for kids' safety and for anyone on the street. It's a good deterrent."

The fines resulting from the Ottawa's photo radar cameras go toward traffic safety initiatives across the city, a fact mentioned by Mayor Jim Watson last week when he announced the project's initial results.

A spokesperson for Watson said the mayor wants a more in-depth analysis of the pilot project before determining whether he supports installing additional photo radar cameras outside school and community safety zones.

Heather Darling, whose son attends W.E. Gowling, said both levels of government should make it easier for photo radar to fan out across the city.

"There shouldn't be a concern about having photo radar," Darling said. "Everybody just needs to take their time, and the province and the city need to work together to get this done."

The City of Ottawa currently has only 12 community safety zones, all of which essentially double as school zones since they cover a stretch of road directly in front of a school.

In an email response to CBC on Wednesday, the office of Ontario Transportation Minister Caroline Mulroney said the province has no plans at this time to expand the use of photo radar outside school and community safety zones, but noted "municipalities do have full discretion to establish community safety zones in areas of concern throughout their jurisdictions."