Private consulting company Goss Gilroy Inc. was commissioned by the federal government to look into what went wrong with the pay modernization system. It looked into the history of the pay transformation project between 2008 and April 2016 when the system was fully launched.

While the report is highly critical of the Phoenix implementation, the authors give no advice on how to fix the broken system right now.

For the past 18 months, tens of thousands of public servants have been underpaid, overpaid or not paid at all. Those problems are far from over.

Back in 2011, the government decided to use customized, off-the-shelf software and consolidate a pay centre in Miramichi, N.B. The plan was that the new technology and centralized system would allow the government to lay off hundreds of compensation advisors across the country and eventually save about $700 million dollars.

But once launched, the technology didn't work as expected and more compensation advisors and satellite pay centres had to be established.

To help address these issues, the minister in charge said they are continuing to add more people to manage the problem.

"We are hiring additional employees at our pay centre and satellite locations to process pay transactions," Carla Qualtrough, Minister of Public Services and Procurement Canada, said.

She added that they are working to "establish two new temporary pay offices to process transactions" in Charlottetown, P.E.I. and Kirkland Lake, Ont.

"Make no mistake, there is no easy or quick fix for the problems in the pay system," Qualtrough continued. "The well-documented history provides the reasons we are here, but I'm not offering it as an excuse. The file is ours to fix and we will." 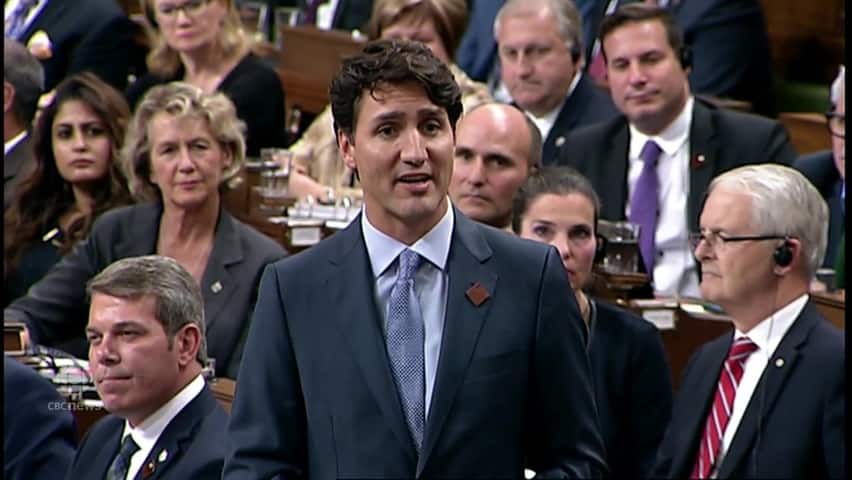 3 years ago
0:56
Justin Trudeau responds to questions on Phoenix 0:56

The Goss Gilroy report found that while there were people inside government who had concerns about the unfolding Phoenix process over the years, there was a fear to communicate those concerns.

The study team found that Public Services and Procurement Canada in particular, and the Government of Canada generally, "is not open to risk."

The report notes that Phoenix was a high-risk initiative and "the impacts of failure could be extremely significant." It notes the lessons have not yet been learned, but it will be critical for the government to apply the lessons in future transformations.

"Given that the Transformation of Pay Administration was managed in a cultural environment that did not reward those who spoke truth to power (that is to identify and communicate problems) and a tendency to believe those with good reputations, a strong oversight/challenge function was needed."