The first patient to take part in an innovative pilot project aimed at freeing up Ottawa hospital beds and getting ailing seniors back on their feet has died.

The first patient to take part in an innovative pilot project aimed at freeing up Ottawa hospital beds and getting ailing seniors back on their feet has died.

A coroner's report into Diane Butt's death in April pointed to a delay in her transfer from The Perley and Rideau Veterans' Health Centre's sub-acute care for frail elderly (SAFE) unit to hospital.

They waited too long to send my mother to the hospital.- Bob Levis

Butt's son, Bob Levis, said his 66-year-old mother died suddenly on April 22, one day before she was due to be released from Perley Rideau to return home.

Levis said he raced to his mother's bedside just in time to hold her hand as she took her last breath.

"I'll never forget how I felt in that moment," he said. "As far as I knew, she was coming home the next day and was going great. This happened so sudden. It was a shock to lose her like that."

Levis believes his mother would have stood a better chance if she'd been transferred to hospital earlier.

"They waited too long to send my mother to the hospital," he said. "They really have to be ready if someone is showing signs of deterioration to call a doctor or send them to the hospital as quick as possible."

The coroner's report recommended the 20-bed SAFE unit, which opened in March, review its quality of care.

A second patient has since died, but Perley Rideau told CBC that death was anticipated.

Butt became the SAFE unit's first patient after spending three weeks at the Ottawa Hospital in March, where she was recovering from a fall. Perley Rideau approached her family about joining the SAFE program, which offers clinical and rehabilitative care including occupational therapy, physiotherapy and therapeutic recreation.

The unit's main aim is to prevent elderly patients from further deteriorating in hospital, but its secondary goal is to free up beds in an overcrowded health-care system.

Butt told CBC in April she was "very leery" about the move at first, but came to believe the therapeutic care she received in the SAFE unit was benefiting her, and looked forward to returning home.

She died the following week.

"She was short of breath, cold and achy, shaking," he said. "I told the nurses that she was not doing well. They told me, 'Don't worry about it, go home. She's in good hands. We're going to take good care of her.' And I trusted them and went home."

That night he tried calling his mother to check on her, but couldn't get through.

The next morning Levis woke up to a call saying his mother had been transferred to hospital. Then his phone rang again. It was the hospital, asking if he knew his mother's wishes regarding resuscitation. 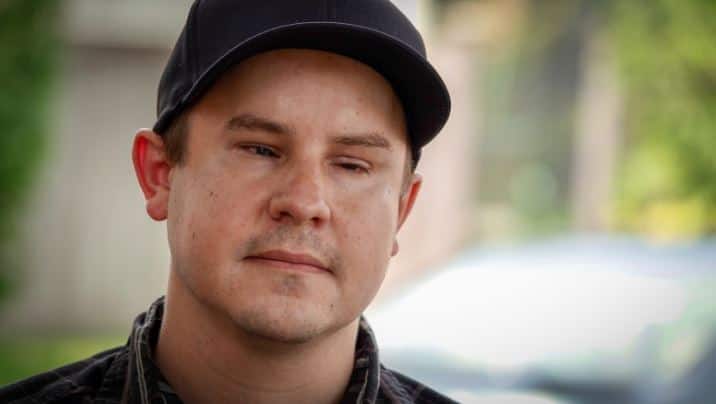 'I'll never forget how I felt in that moment'

3 years ago
0:34
Bob Levis said his 66-year-old mother died suddenly on April 22, one day before she was due to be released from Perley Rideau to return home. (Ashley Burke/CBC News) 0:34

The investigating coroner, Dr. Shoshanah Deaton, determined Butt had died of congestive heart failure, with contributions from hypertension and diabetes.

According to Deaton's report, symptoms noted by SAFE unit staff at 11:22 p.m. the day before Butt's death should have prompted them to "review her care plan and possibly transfer [her] to hospital immediately."

Nurses noted Butt vomited three times around 8:20 p.m. that night. Shortly after 10 p.m. they found her unconscious in a chair. Staff were able to rouse her and moved her back to bed.

According to the coroner, there were also delays with the doctor's response.

"The [physician] wanted to assess his patient in person and felt that he lived close enough to reach her quickly, but this caused another 50-minute delay in her transfer," the coroner wrote.

When he arrived, the doctor administered an IV, a choice the coroner questioned.

"Providing circulatory support by intravenous saline bolus may be considered a more aggressive approach to management of a patient who is in a rehabilitation facility and may have distracted from the decision of whether or when to transfer to an acute care facility," the report stated.

Perley Rideau has responded to the coroner's findings, saying "at no time" did Butt's dosage of Tylenol exceed the daily cap.

Administrators also said the SAFE unit's doctors and other staff have "significant experience with IV."

They also denied the coroner's conclusion that the doctor's arrival caused a 50-minute delay. In fact, it took the doctor just 15 minutes to arrive after SAFE unit staff called on the morning of Butt's death, they said.

In a statement to CBC News, the health-care facility said Butt had experienced nausea and vomiting in the past, but had always recovered.

"When an episode consistent with a patient's history and the condition resolves with or without treatment, no additional intervention is required," wrote Mary Boutette, Perley Rideau's chief operating officer. "Patients are transferred to an acute care hospital if and when there are serious symptoms requiring hospital treatment."

In response to the coroner's report, Perley Rideau said it's planning special "toolkits" and training to help staff better recognize when a patient's health is deteriorating. That training will be rolled out starting next month.

Levis said he's been kept abreast of the improvements.

"It won't bring my mother back, but it helps to know that other patients are going to get the care that they need," he said.

"I still think about her every day."