It wasn't until two minutes after paramedic Yannick Roussel arrived he discovered Abdirahman Abdi had no vital signs, according to his testimony on Monday.

Yannick Roussel wasn't expecting to rush Abdirahman Abdi to the hospital when he arrived at 55 Hilda St. on July 24, 2016.

The paramedic and his partner were called to the scene for what they thought was an incident involving pepper spray.

When they arrived, they spoke to a police officer who told them the patient had resisted arrest and had a history of mental illness.

According to testimony heard in court Monday at Ottawa police officer Const. Daniel Montsion's manslaughter trial, Roussel went to the back of the ambulance to get a cardiac monitor and saline to treat Abdi's eyes for pepper spray.

It wasn't until he got to the scene two minutes after arriving that he discovered Abdi was in cardiac arrest, he said.

That's when he went into "paramedic mode," running back to the truck to call for backup and get a suction unit and a stretcher. 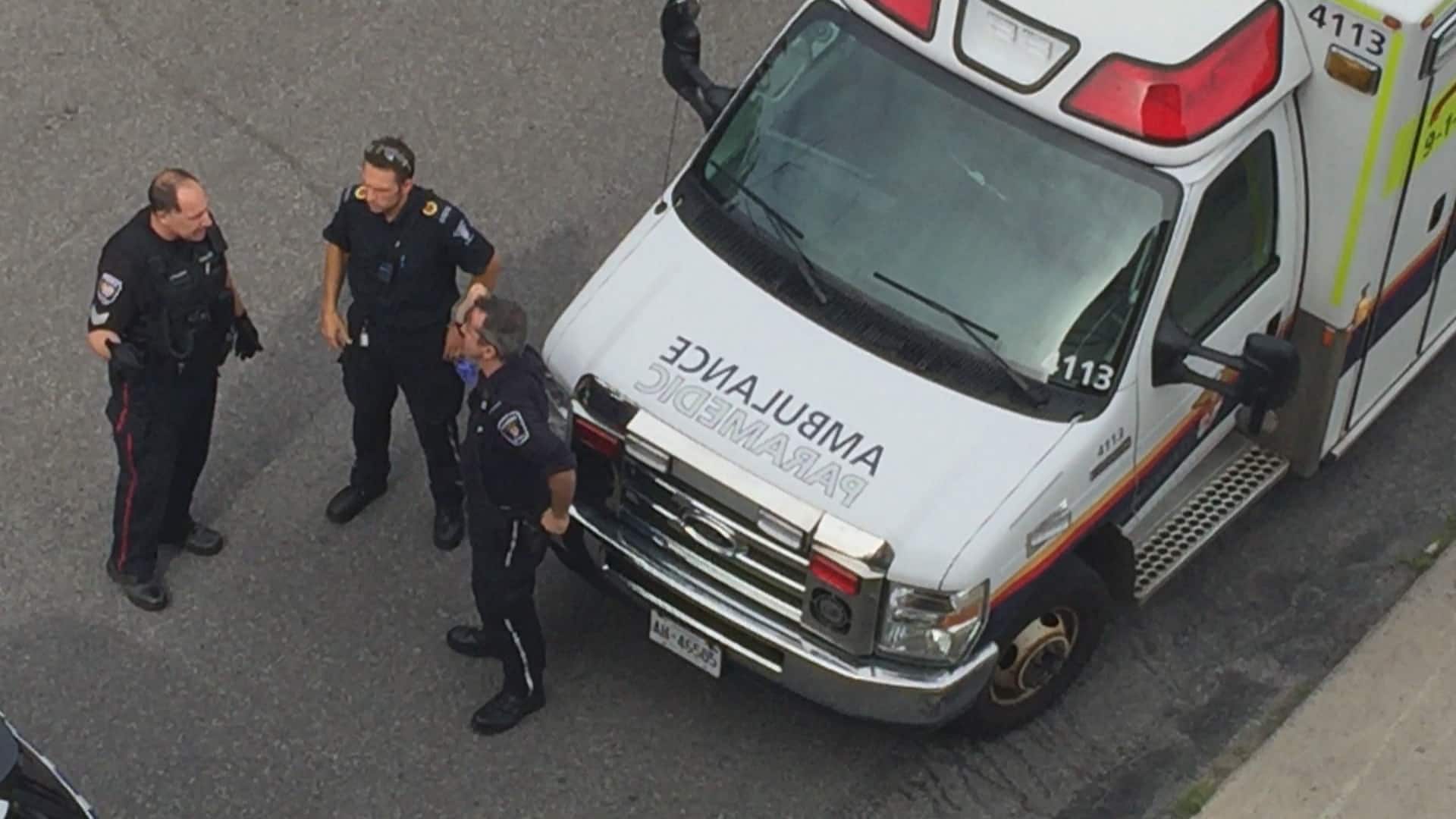 The testimony was heard as part of the trial to determine if Const. Daniel Montsion was responsible for Abdi's death.

He has pleaded not guilty to charges of manslaughter, aggravated assault and assault with a weapon.

It was Montsion and another police officer who pushed Abdi to the ground during a violent arrest in front of the man's apartment building, an incident that started when police were called to a disturbance at a nearby coffee shop.

The Crown has said it intends to prove Montsion delivered several "unjustified" blows to Abdi's head and legs while wearing gloves with reinforced knuckles that ultimately caused Abdi's death.

Montsion's lawyer, Michael Edelson, pointed out it would have been difficult for police officers on scene to check his pulse while wearing gloves, although it's not clear if any of them made an attempt.

No heartbeat for more than half an hour

Roussel told the court paramedics treated Abdi as having a medical cardiac arrest, as opposed to one caused by physical trauma or blood loss.

He said typically paramedics will shock the patient with a defibrillator up to four times to try to revive them on scene, unless the cardiac arrest is caused by trauma.

In that case, they give it one try before rushing the patient to hospital for surgery as soon as possible.

Abdi also had a cut on the bridge of his nose, but Roussel said he didn't think it was a significant injury.

As Roussel drove Abdi to the Ottawa Hospital's Civic campus with several paramedics in the back, he said over the radio that they did not know his cause of death.

"It could potentially be traumatic VSA (vital signs absent), the patient is bleeding a lot from his face," Roussel said over the radio.

A recording of the exchange was heard in court.

Abdi was without any vital signs for more than 30 minutes before he was revived in the hospital.

"It was a very long time," Roussel said Monday.

In his statement to the Special Investigations Unit (SIU), Roussel told investigators it "blew his mind away" that Abdi's pulse returned so long after his heart stopped.

Abdi was officially pronounced dead the next day.

Edelson asked Roussel if, looking back at the incident, there was anything he would have done differently.

Earlier in the trial, the court heard SIU investigators were also called to 55 Hilda St. for what they believed was a pepper spray incident.

Abdi was never treated at the scene for any injuries related to pepper spray. It's not yet clear who used the spray or when it was used.

Rousell's testimony follows video evidence shown to the court of Abdi's final moments before he was taken to hospital, recorded by a neighbour from the fourth floor balcony of the building.

The video showed Abdi on the ground, not moving, for about seven minutes before the ambulance arrived.

The paramedics said they recorded a five minute response time. 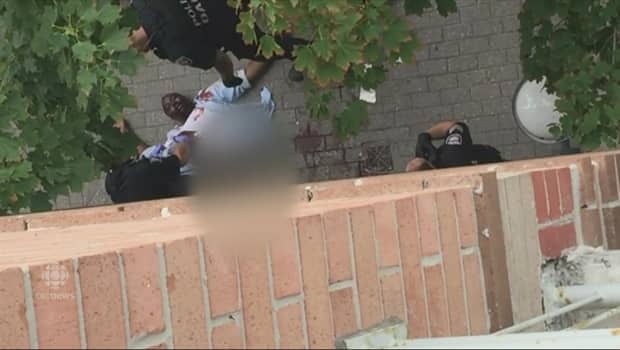 4 years agoVideo
0:18
SIU is investigating after Abdirahman Abdi died after an arrest attempt. 0:18

Abdi's neighbour, Nimao Ali, was heard on the video wondering why the ambulance was taking so long.

When paramedics arrived, her voice is heard demanding to know why they didn't treat him right away.

The Crown is expected to call at least one more paramedic to testify this week.