'I need to go outside': Pandemic rules prove tough for families in apartments

Strict new rules for Ottawa’s parks are creating a new set of problems for families who live in apartments with no access to private green spaces.

Strict new rules for Ottawa's parks are creating a new set of problems for immigrant families who live in apartments with no access to private green spaces.

In the Capital Towers building off Donald Street, many of those families include Syrian refugees with young children — and the lure of the park that lies at the foot of their building is hard to ignore.

"Sad. So sad," said Belal Alodih, who lives in an apartment with his parents and two younger siblings. His outdoor activities used to include a daily dose of soccer.

Like others across the city, the park outside his doorstep is now limited to walk-through usage only, as the city tries to stem the spread of the COVID-19 respiratory illness.

Unlike single-family homes, however, apartment complexes like Capital Towers have no yards for children to play in — so balconies have become the new play spaces. 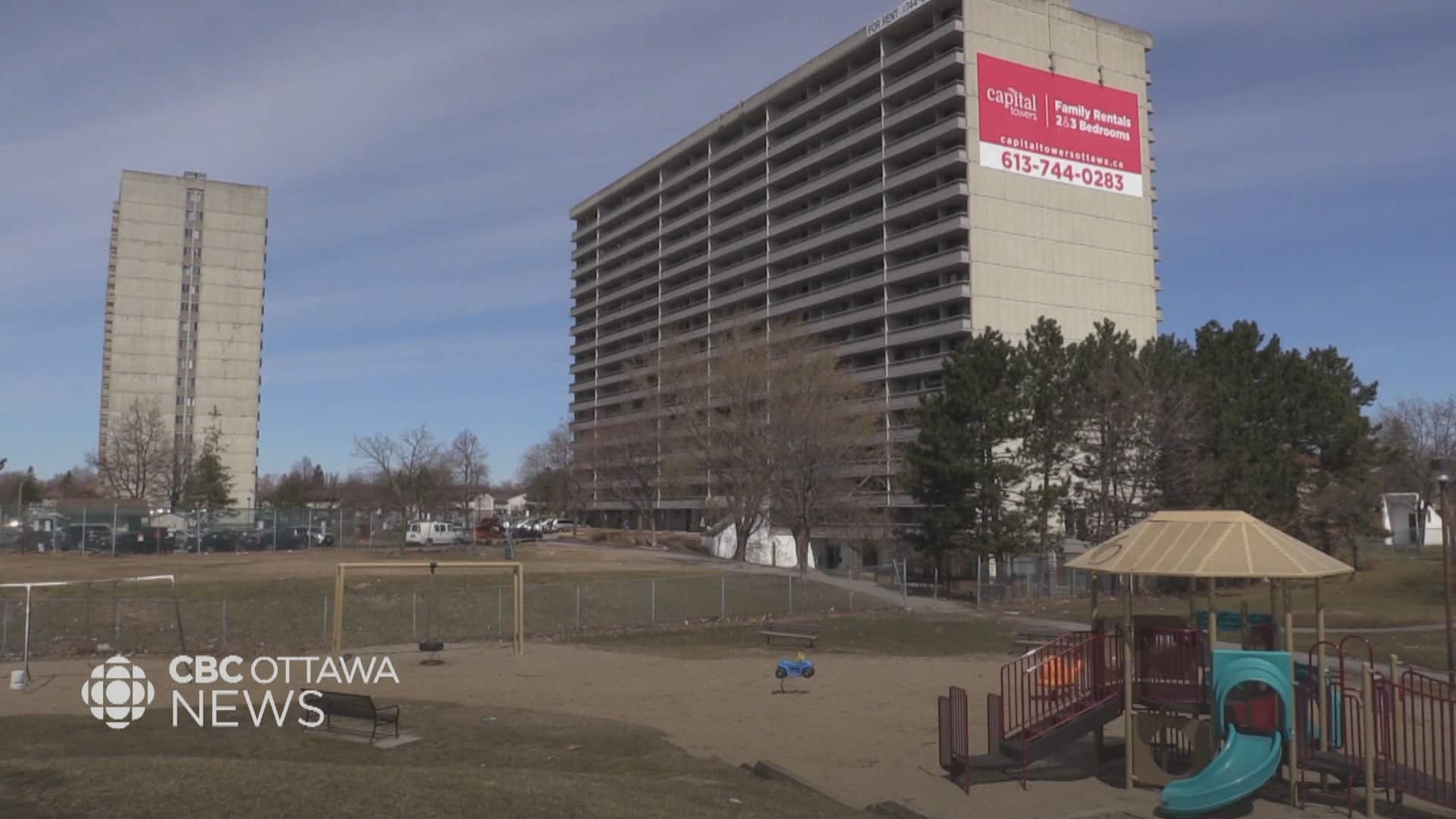 11 months ago
2:23
Strict new rules for Ottawa's parks are creating a new set of problems for families who live in apartments with no access to private green spaces, including newcomers to Canada. The CBC’s Omar Dabaghi-Pacheco reports. 2:23

Abeer Altafesh, Alodih's mother, said it's been another hard transition for her three children, who have spent the past few years getting used to life outside a refugee camp.

For her, there's the additional challenge of trying to keep up with new rules in a still-unfamiliar language.

Information from the city has been hard to follow for those still learning English, and Altafesh said that to be on the safe side, she isn't leaving her apartment.

"[I] just stay home because I don't know more information. I'm safe," Altafesh said. "When I go outside, I feel scared."

Explaining the new rules to her daughter, she added, has also been difficult.

"My daughter, five years old, she [is] always bored [and] sometimes crying," Altafesh says. "She [is] playing on the balcony and [watching] people, she said, 'Why [can] this girl play outside and [I can't] go outside?'"

In the adjacent tower, teenagers like Muhammad Hamdah have been the ones trying to translate the news to their parents.

"My dad, the language is hard for him," said Hamdah, whose father speaks Arabic. "He only goes [out] for emergency stuff. He doesn't want any fine."

With parks off-limits, advocacy agencies like the Ottawa Community Immigrant Services Organization have been compiling lists of virtual activities so that families can stay active and engaged.

But there's also worry about the long-term impact a lack of outdoor spaces could have on mental health.

"I feel bad for me and the other kids. It's bad, really bad ... we buy some stuff and then we sit in the car," Hamdah said.

Hamdah said he doesn't think the long-term consequences of some of the COVID-19 rules have been well thought out.

"There will be too many problems between the family, the kids," he said.

In the adjacent tower, Alodih shares his fear — and says there's a limit to how long children can handle a lack of outdoor play.