COVID-19 took $1.4 billion in visitor spending out of the Ottawa economy and businesses say they are facing the prospect of a long recovery.

Ontario government planning tax break for tourism within the province

COVID-19 took $1.4 billion in visitor spending out of the Ottawa economy and businesses say they are facing the prospect of a long recovery.

Hotels, despite being deemed an essential service at the beginning of the pandemic and remaining open throughout, say bookings have been down all year. They've also lost business from cancelled events and conferences.

Measures like plexiglass barriers, contactless services and individually packaged and cleaned items have been no match to the "stay home" message from governments and public health officials.

"We're running at quarter normal volumes," Meredith said. "Proportionately, our staff has been reduced by similar amounts. So three quarters of our team is not working or working sporadically...It's been a massive impact to our associates and it's hard for them."

Meredith said he supports and understands the need to discourage travel now, but he believes there will be safe ways to travel by the summer — when people may be able to hop in their car to a favourite destination.

"We're wanting to give the traveller confidence that they can travel in a safe COVID way," Meredith said.

He said staff are being kept in the loop so they can be brought in when that change comes.

Thousands out of work

Steve Ball, president of the Ottawa-Gatineau Hotel Association, said many hotels in the region are in a similar position with their employees, given the drop in bookings and events.

"We desperately want them back but until business recovers that could be anywhere in the neighbourhood of 5,000 local employees that are currently not working," Ball said.

Some suite-hotels converted to longer-term rentals, while others have wound down their businesses. Ball said most projections see the hotel industry as a "long hauler," because other health and economic indicators need to improve before recovery can start.

$1.4B in visitor spending lost

Ottawa Tourism estimates that $1.4 billion worth of visitor spending was lost due to COVID-19, which has so far led to the cancellations of almost a year's worth of festival programming and major events like Canada Day.

Typically, visitors spend $2.2 billion in the capital region and that supports 48,000 people employed in the sector, according to Catherine Callary, vice-president of destination development for Ottawa Tourism.

Callary said the industry wasn't expecting its usual holiday bounce back even before province-wide lockdown measures were announced.

"Obviously, it's not the right time to be inviting friends and relatives to come and visit us as we would normally do in a normal year," she said.

Industry projections don't have domestic travel returned to 2019 levels until 2022, because COVID-19 has shaken consumer confidence and the way people think about gathering, Callary said.

"We're years away from recovery in terms of tourism and travel not months," she said. "We have to give ourselves some time to unlearn these things as a population when it becomes safe to do so."

She said those family and friend visits will likely be the first trips that help build momentum toward events and international travel, which has also been affected by border closures.

That momentum will depend on people's feelings about the safety of destinations, their own confidence in their economic situation and an enthusiastic all-clear from government and health officials, she said.

Year of the 'Staycation'

Until then, operators will be calling upon locals for support and adapting by making the experiences they sell more safe.

Ottawa MPP and Tourism Minister Lisa Macleod unveiled a policy white paper on recovery for the sector in her portfolio earlier this month. The ministry is looking at recovery in cultural, sports and tourism industry taking place over the next five years. 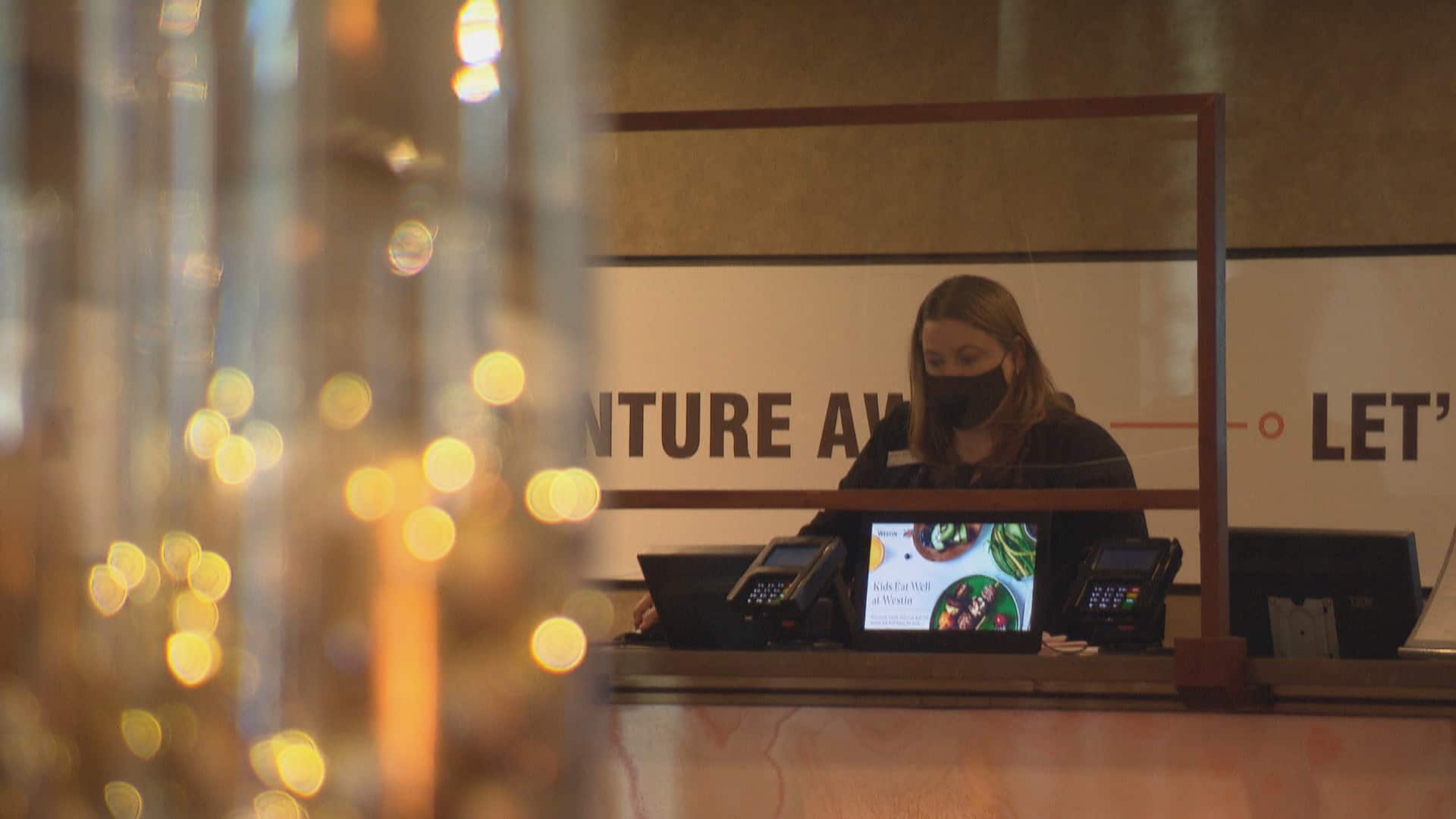 23 days agoVideo
0:50
Ross Meredith, general manager of the Westin and Delta Hotels in downtown Ottawa, says the banquet rooms and event spaces are quiet this year, putting a dent in revenue and staffing requirements. 0:50

"The long-term economic damage from the COVID-19 pandemic will extend far beyond any short term measures we take to combat it," Macleod said in a video announcing the white paper.

Among the proposed measures is a $150 million budget line related to making 2021 the "Year of the Ontario Staycation." That money would go toward a 20 per cent tax credit on tourism-related expenses within the province.

Earlier this month, Macleod also announced $3.8 million to help the Shaw Centre, a provincial agency, make it through the pandemic.