Amanda Proulx was evicted Tuesday after falling more than $16,000 behind on her rent. She had quit her job to care for her fiancé, who died last month.

People who tried to halt the eviction of an Ottawa woman this week say her story is a symptom of a larger problem in both the city and province.

Amanda Proulx was forced to leave her home in east Ottawa Tuesday after falling behind on her rent for the past year.

Her partner had a stroke in August 2019 and she quit her job to care for him until his death last month.

"I just thought, you know, I'll be able to catch up … and that never happened," she said Wednesday.

She said the past year and a half has been stressful.

"Caring for somebody 24/7, watching them literally die … it's traumatizing," she said. "I was with him. I held his hand, I watched him take his last breath."

WATCH | Losing a fiancé, then a home: 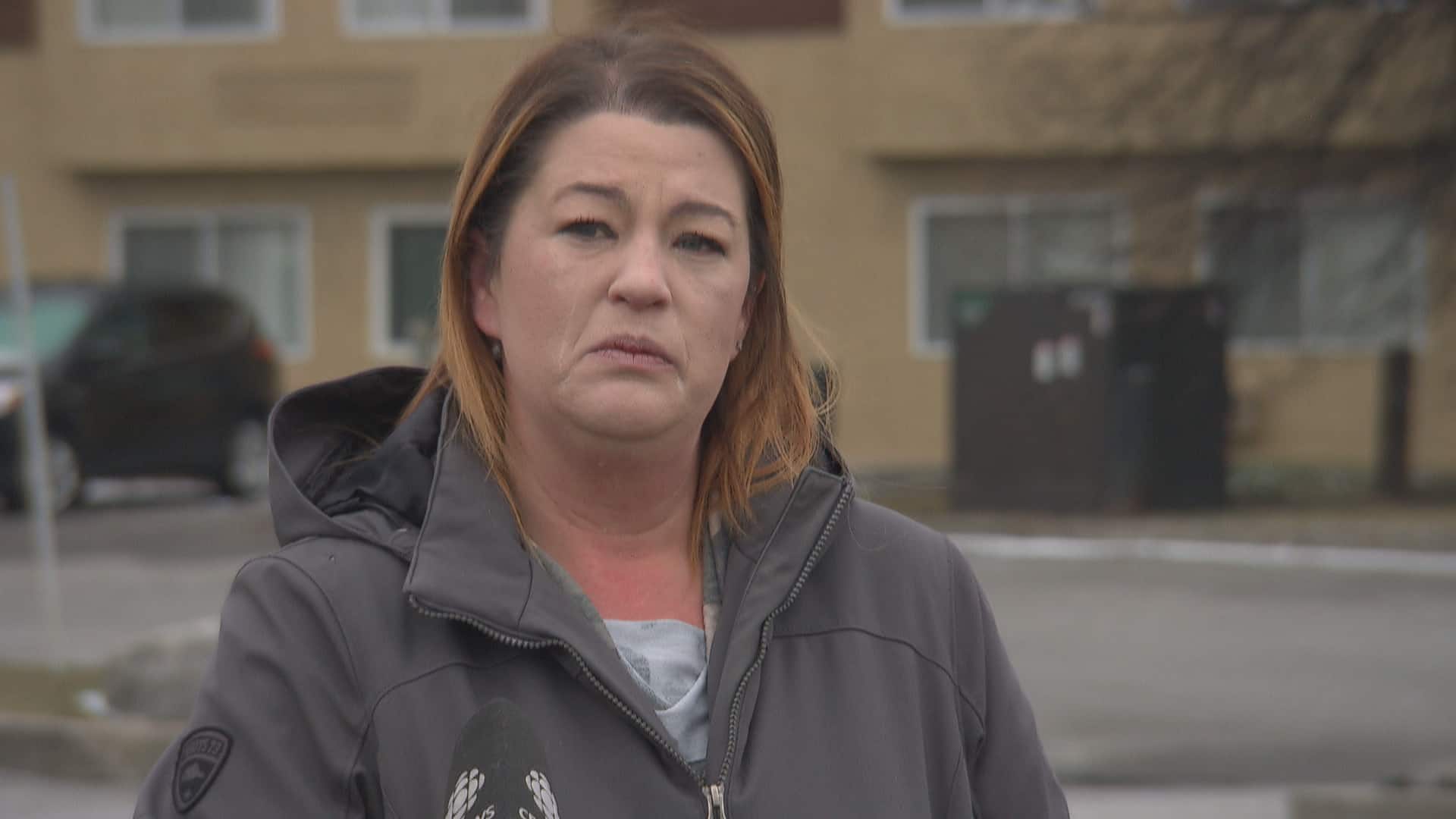 2 months ago
1:02
Amanda Proulx, who had to stop working over a year ago to care for her fiancé, was evicted from her home on Tuesday despite the support of about a dozen protesters who gathered to oppose the order. 1:02

Her fiancé died the day before her hearing with Ontario's Landlord and Tenant Board (LTB) in November, which had been delayed from the spring because of the pandemic.

At the time, Proulx owed about $16,000. Her request for an extension for her hearing was denied.

"Sadly, [Tuesday] was the culmination of a difficult situation that has been ongoing since October 2019," her landlord Martin Bertrand wrote in an email to CBC.

He said he attempted to find a resolution to have her catch up on her rent payments, but began the LTB process in January.

"It is my experience that it's difficult for tenants to come of out of mounting arrears, such as hers," he wrote.

Bertrand said he spoke with Proulx Tuesday and offered to pay to have her items moved "in the coming days."

About a dozen people spent much of Tuesday morning and early afternoon outside Proulx's home trying to stop the eviction.

"We wanted to make sure that somebody wasn't thrown out onto the street in the cold over the winter holidays," said Sam Hersh with Horizon Ottawa, a grassroots advocacy group for progressive issues. 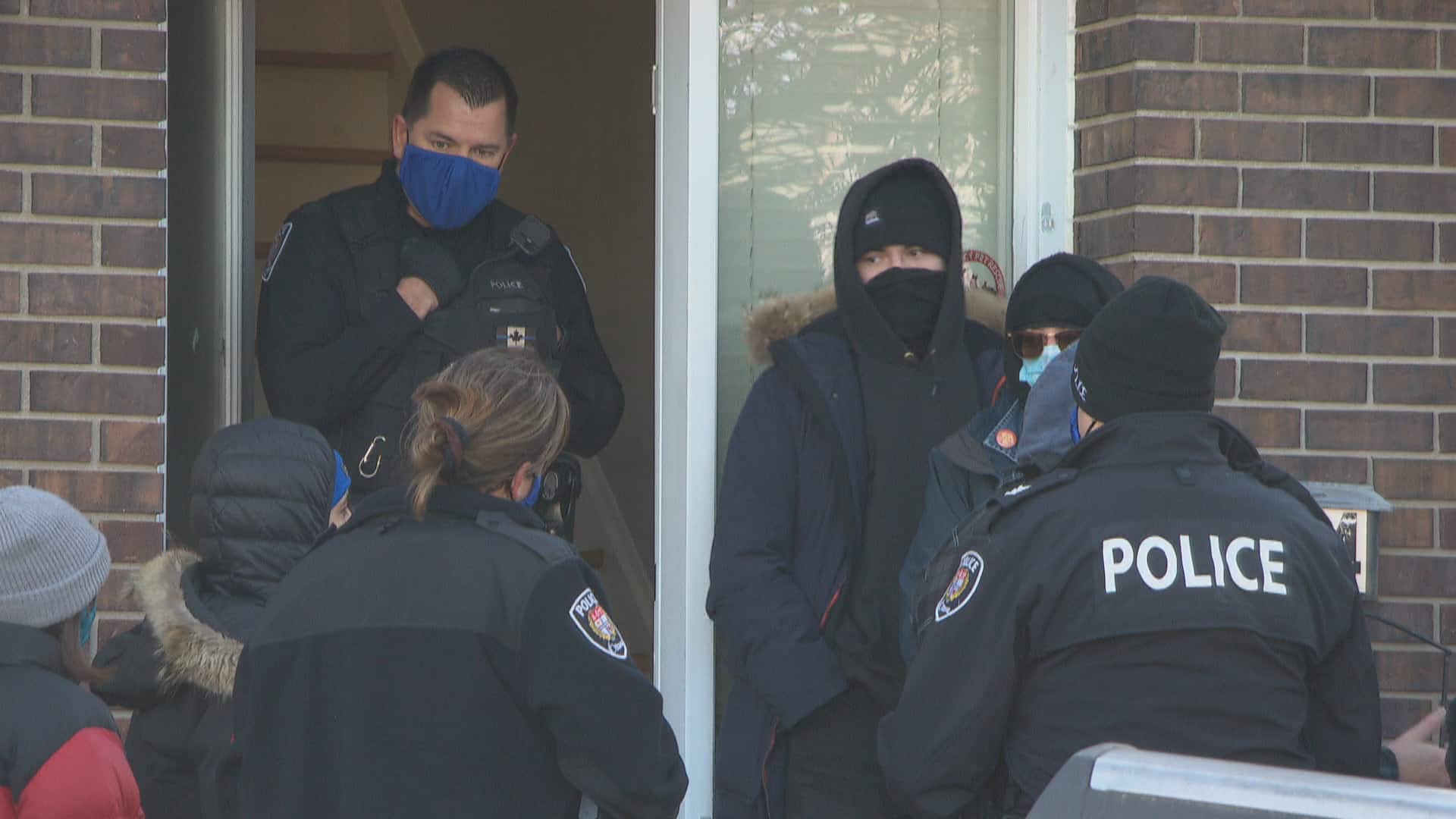 2 months ago
0:55
Sam Hersh, who organized a protest to try to prevent Amanda Proulx’s eviction, says the incident is a sign of government failure to provide stable housing. 0:55

Proulx does have some money now after setting up a crowdfunding campaign, which has had raised more than $7,000 as of Wednesday afternoon.

She plans to use that money to help pay for the days she's spending at a motel and for rent on a new home.

The Ontario government put a moratorium on evictions in March at the start of the pandemic. That came to an end in August and the LTB has been working through a backlog of cases.

"We are still in the midst of a pandemic, but the moratorium has not been kept at the same level as before. We are still working to change that," said the office of Liberal MPP Lucille Collard, who represents Proulx's former neighbourhood, in a French statement.

Affordable housing has also been an ongoing problem in Ottawa.

In January, the City of Ottawa declared a housing emergency. At that time, there were more than 12,000 people on the wait-list.