​A group of Ottawa taxi drivers are filming Uber drivers in their vehicles, trying to get enough evidence against them to help city bylaw officers issue tickets against them. 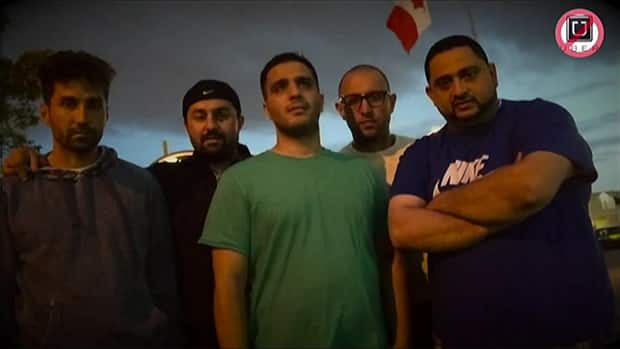 6 years ago
2:03
The battle between Ottawa cabbies and Uber drivers is escalating as a group of cab drivers went undercover earlier this week to expose an Uber driver in an online video. 2:03

​A group of Ottawa taxi drivers are filming Uber drivers in their vehicles, trying to get enough evidence against them to help city bylaw officers issue tickets against them, and they say they'll continue.

"For [the bylaw department] they need enough evidence to go after them and give them their proper tickets," said Roy Noja, a taxi driver for a Blueline company who told CBC News Wednesday that he came up with the idea.

"What we did is to help the City of Ottawa and the bylaw [department], and to give them enough evidence as proof that what they're doing is illegal. And we're going to share every evidence that we have, to give it to them so they can go after them."

On Monday night Noja and four others ordered three separate Uber rides, filming each of the rides on smartphones.

In one of the videos, which was posted on YouTube, the three taxi drivers ask the Uber driver questions under the guise of wanting to become Uber drivers as well.

"We will continue doing that to prove to the city that we have evidence to go after them and give them tickets," Noja said.

The city said it doesn't recommend trying to collect evidence to assist their investigations for safety reasons.

"Rather, the city encourages citizens to report concerns or alleged bylaw infractions on Ottawa.ca or by calling 311," wrote Philip Powell, the city's program manager of licensing, permits and markets, in an emailed statement on Wednesday.

Since October 2014, 110 taxi bylaw charges against 54 different Uber drivers have been laid. Of those, 37 drivers pleaded guilty to 74 charges with fines totaling more than $22,000.

In an emailed statement, an Uber Canada spokesperson said "the right path forward is to develop common sense" ride-sharing regulations.

"We believe that intimidation tactics such as these should give way instead to a constructive dialogue, focused on making available safer, more reliable and affordable transportation options to Ottawans," spokesperson Susie Heath wrote.