Ottawa’s medical officer of health has told the Ford government’s new health minister that supervised consumption sites in the city are working and showing drug users that someone cares.

Ottawa's medical officer of health has told the Ford government's new health minister that supervised consumption sites in the city are working and showing drug users that someone cares.

The next month, approvals for all new sites were put on hold until further notice.

Dr. Vera Etches, Ottawa's medical officer of health, said at Monday's board of health meeting she sent Elliott a letter soon after that, arguing the evidence is clear the sites are helping.

"Evidence shows [they] help reduce overdoses and transmission of blood-borne diseases, and community issues such as public drug use and discarded needles," she said.

"It has allowed us to form relationships with clients who maybe were previously only picking up needles and leaving," she said. 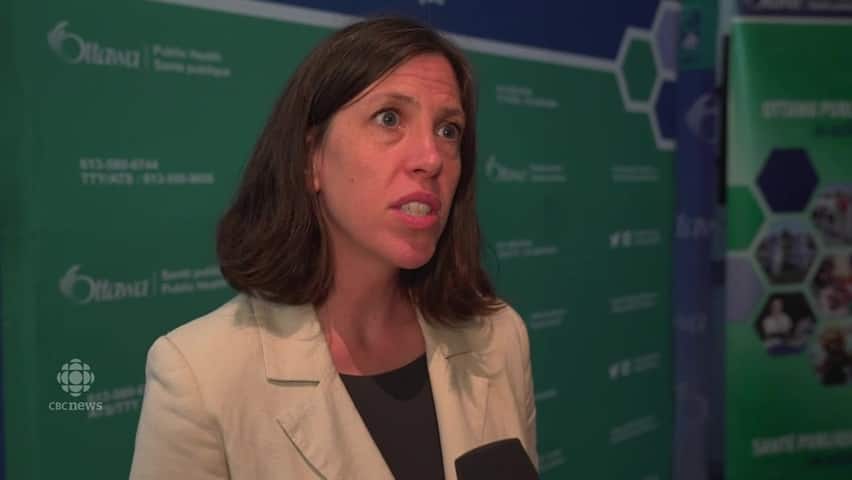 'It has allowed us to form relationships with clients'

With those relationships, Etches said nurses are able to help users with some of the underlying issues and deal with their addictions.

"They are actually feeling like somebody cares and somebody is there to help them decrease their use," she said.

Etches said the city sends regular reports to the province about the number of people using the services, but she also wants the minister to hear more than just the numbers.

"It tells part of the story. I think what I tried to convey is that data is one thing, the actual experience of our nurses in the centres is another."

In her letter, she encouraged Elliott to make sure front-line staff were heard during the review.

Elliott's press secretary told CBC in an email the review will be done "in short order."

"Our government is committed to get people struggling with addiction the help they need," she said, pointing to $1.9 billion committed to mental health over 10 years by Ford during the election campaign.

"[Elliott] is actively involved in this process, has toured multiple sites and heard from people with lived experience along with experts, health care workers, community leaders, community members, police services, business owners and other stakeholders."

Since Elliott announced the review of provincial funding, three new sites that had been proposed were put on hold because the province would not commit funds.

One site in London, Ont., did have its funding renewed.