Making the grade during a pandemic

This week, our student correspondents open their first report cards since returning to school, and reflect on what they've really learned. But do grades still matter during a pandemic?

CBC is following four Ottawa students as they navigate in-class learning during COVID-19.

This week, our student correspondents open their first report cards since returning to school, and reflect on what they've really learned. But do grades still matter during a pandemic?

"I'm kind of nervous," admits Vanessa Brohman, 17, as she prepares to open her first real academic evaluation since returning to Canterbury High School this fall.

Brohman had some health challenges and missed some classes, so she's not sure what to expect. Still, she's optimistic.

"I think I've done well. Even though I've struggled a lot … I've pulled through," she reflects.

As she opens her online report card, Brohman pauses. "OK, OK," she says, taking in her average in the low 80s.

"I'm pretty fine with that. That's all I need to graduate," she says. "I'm pretty sure my average will go up by the end of the year."

After all, this is the year to take whatever victories you can get.

"Despite it being a pandemic, I'm pretty happy with what I have to work with."

Demeter Riedmueller had what most would consider a light load this quadmester: art and gym. Art poses no problem for Riedmueller, but gym is no slam dunk.

"I normally get a B minus because I honestly don't try very hard. [Gym] is my least favourite subject," the 14-year-old reflects. "Honestly, I don't think it matters a lot."

Riedmueller missed some gym classes, but thinks that might actually help her grade. "Because then there is less to judge me on, so there is less bad stuff that I did that they can look at."

Riedmueller has actually been looking forward to this report card. Last year, teacher strikes and then COVID-19 got in the way.

"I really have not had any idea of what my grades have been for over a year, so I'm very excited to get my grades back now so that I can figure out how I've been doing," she says.

With a click, her report card appears on the screen in front of her. It turns out Riedmeuller's concerns about gym were unfounded.

"I got an 88 per cent and the course median is 87," she reports with a grin. "It says, 'Great work this semester. Hope to see you in that class again.' That's probably the best phys ed mark I've ever gotten."

Her art grade is even stronger: 92 per cent.

"I thought I was going to do really bad because of COVID-19 in my classes, but it turns out that I did not," Riedmueller says. "I am very happy and excited for the next classes so I can hopefully do equally as good."

For the most part, Heynen has taken the whole back-to-school experience in stride.

"Marks aren't my biggest worry, especially during COVID-19. There's so many people out there, and so much worse going on than if I had bad marks."

Heynen opens up the manilla envelop containing her report card. "Whoa," she pauses, taking it all in. "It looks pretty good." She gives two thumbs up.

"I'm pretty proud of myself. I'm really happy with what I got," Heynen says.

Unlike many kids his age, Akwa Udoeyop isn't sweating it over his first report card of Grade 5.

"I'm doing well in school, and besides, it's only going to be talking about my progress," the 10-year-old notes. "No grades."

Udoeyop believes there are other things to worry about during COVID-19. 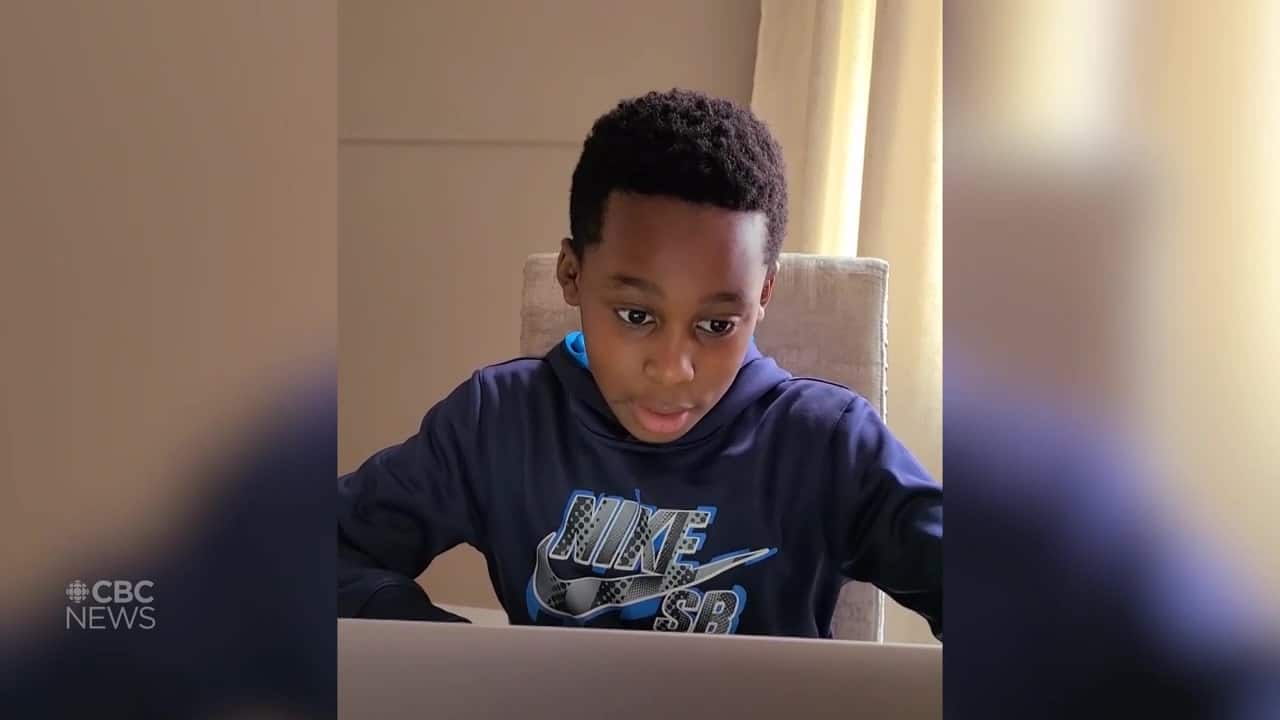 2 months agoVideo
0:45
Akwa Udoeyop says he wasn’t worried about getting his first report card of the year. 0:45

"I'm just happy I can be in school during the pandemic," he says as he opens the document online.

"There are some things I'm really good at, and some things I need to work on. There are no surprises," says Udoeyop. "I'm pretty proud of it."