While Ontarians await more details of the province's new stay-at-home order, city officials in Ottawa say the effect will likely resemble the look and feel of last spring's clampdown.

While Ontarians await more details of the province's new stay-at-home order, city officials in Ottawa say the effect will likely resemble the look and feel of last spring's clampdown.

Anthony Di Monte, the city's general manager for emergency and protective services, told reporters during a virtual news conference Tuesday that he expects the province to provide further details on the new rules by Wednesday afternoon, after which the city will have a better idea of how it plans to enforce them.

"As soon as we have those details, we'll certainly be getting back to you," Di Monte said. "It seems quite clear to me the objective here is to stay at home as much as you can and only travel outside of your household for essential things such as groceries, medical appointments and perhaps walk around the block to get some exercise."

Even without those details, Di Monte said he expects the new provincial restrictions to resemble what Ottawans saw in March and April.

"It reminds me very much of what we did at the beginning of this pandemic," he said.

Last spring, the City of Ottawa closed a range of municipal facilities including recreation centres, pools and libraries. Even outdoor benches and playgrounds were off limits.

Di Monte said department managers are meeting Tuesday to review what the latest closures may look like in Ottawa.

"It may mean that we will be shutting down some of the city operations, including rinks, etcetera," he said. "But again, the details will be part of the review."

Ford said the province will step up inspections at big box stores, but didn't announce any new rules or restrictions on them. Those businesses are allowed to remain open to customers because they sell groceries, but are also able to sell non-essential goods like televisions and house plants.

Watson said he'd prefer to see aisles where non-essential goods are kept roped off so customers can only purchase essential items, like in Quebec. Watson said that would be fairer to small businesses that aren't allowed to open under current rules.

"I would like to see the province clamp down on big box stores that are using the guise of selling food to sell golf clubs and furniture," Watson said. "There's no need to endanger people with larger crowds."

Ottawa's medical officer of health welcomed the new provincial measures, which she said could help tame the recent surge in new cases in Ottawa.

Dr. Vera Etches said as things stand now, however, the city is in the worst shape it's been since the pandemic began.

"Ottawa is once again in crisis territory," Etches said Tuesday. 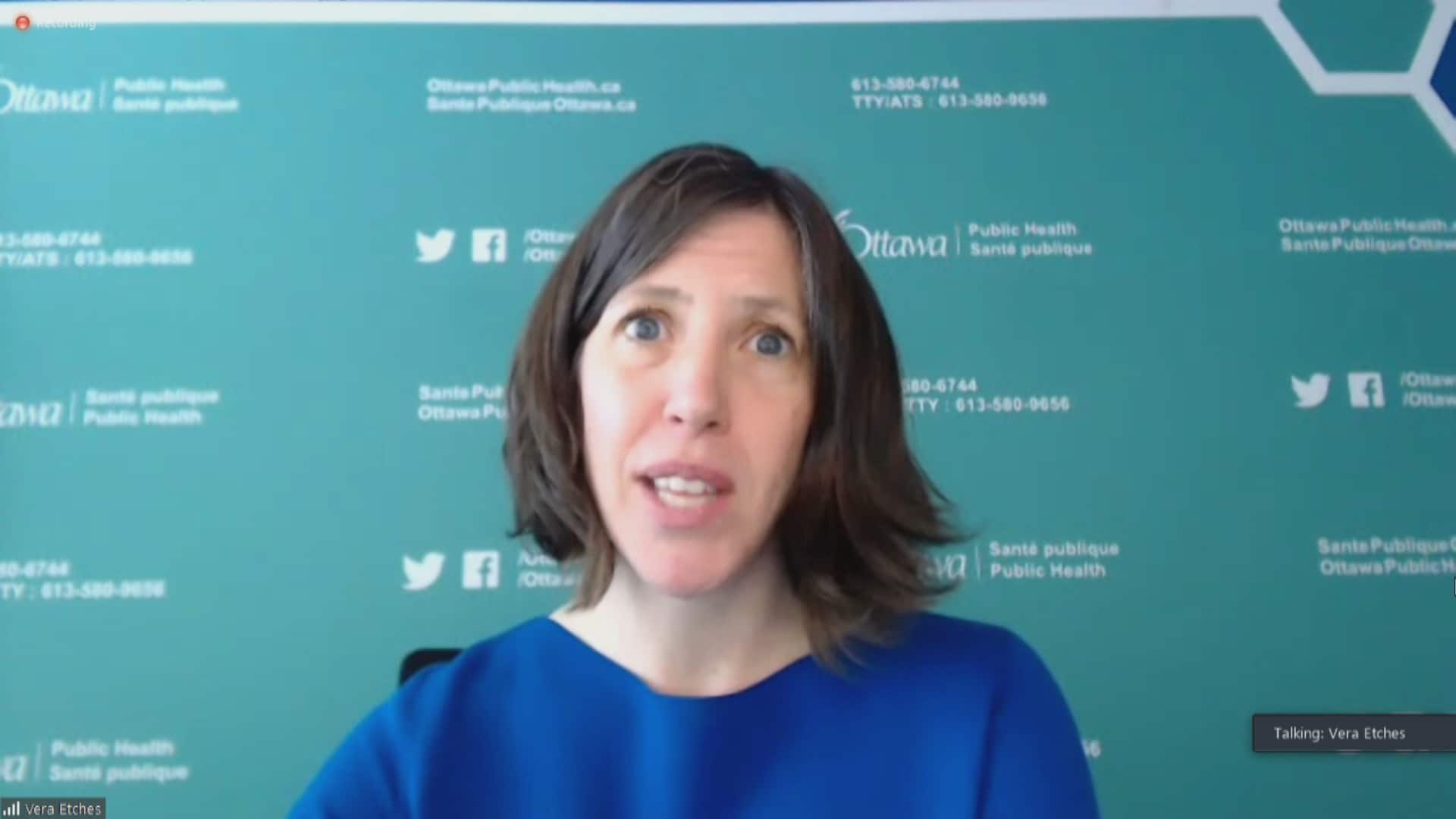 Everyone is required to remain at home unless they have to make an essential trip, such as to a medical appointment or to buy groceries. Outdoor exercise and essential work are also among the exceptions.

Under the new restrictions, outdoor gatherings are capped at five people, while indoor gatherings of any size remain off limits unless it's a person living alone exclusively visiting one other household.

Ontario health officials agreed the extra restrictions are necessary because of the rapid spread of COVID-19. New projections show the province could see 20,000-40,000 new cases a day by mid-February under some scenarios.