Eric Leighton's father Patrick said he is relieved to hear that charges have been laid against the Ottawa Catholic school board in relation to the explosion that killed his son. 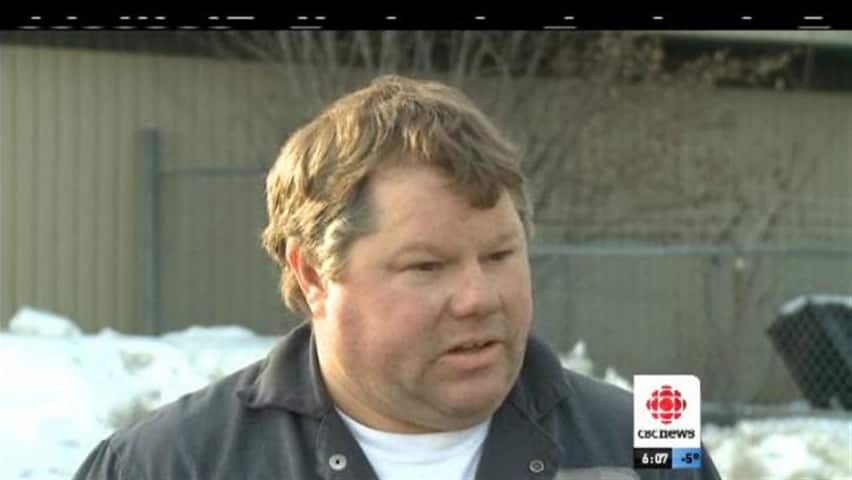 9 years ago
1:59
School board faces three charges under Occupational Health and Safety Act. 1:59

The father of a student who died following an explosion in shop class says he is relieved charges have been laid against the Ottawa Catholic school board.

The Ontario Ministry of Labour has laid three charges against the Ottawa-Carleton Catholic District School Board under the Occupational Health and Safety Act in relation to the May 26, 2011, incident.

Eric Leighton, 18, was attempting to cut open an old oil drum at Mother Teresa Catholic Secondary School when it exploded. He died of his injuries and four others who were in the classroom were injured.

"I'm glad it has come forward now and shows some negligence and that the type of accident that happened could have been avoided just with some simple training," said Patrick Leighton, whose son was killed.

Leighton, who is a mechanic, said school staff should have known better.

"We have steel barrels all the time around here," he said. "And you're going to cut into something like that there's precautions. You have to rinse things out and make sure that you've cleaned it out prior, before cutting it."

The school board was charged with failing to provide instruction or supervision, failing to take every reasonable precaution to protect the workplace and failing to properly acquaint a supervisor with hazards associated with the handling of equipment at the shop.

In particular, the charges related to the hot work done on the drum at the shop.

The board had already been charged by Ottawa fire officials under the province's fire code for welding or cutting operations undertaken in a totally closed container.

'He's on my mind all day long'

Welding is also now banned at the high school.

The school board refused comment because it only received notice of the charges Wednesday morning, but did not rule out comment later in the day.

Patrick Leighton said the family is still struggling to cope with their loss.

"Every day is a struggle, he's on my mind all day long and for my wife it's basically the same thing," he said.