Those last two numbers of 2013 mean lost business for people in the wedding business, as couples steer clear of the unlucky number. 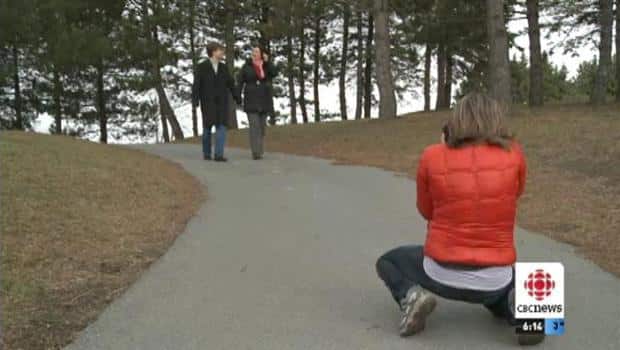 The recipe for a down year of weddings in the capital seems to be a little superstition, a pinch of getaway fever and a bit of bad timing with federal government layoffs.

Vendors at a local wedding conference said bookings in Ottawa are down as much as 50 per cent in 2013, partially because of the fear the unlucky number.

"I don't want my wedding or the happiest day of my life to be associated with a bad number," said bride-to-be Ashlea LeCompte.

"Thirteen is not a nice number."

Alan Viau said he usually officiates around 100 weddings a year, but is running about 30 per cent short in 2013.

"Marriage is about love and hope, and people want to get everything on their side for the best hope for the future," he said.

"If it involves [thinking] ‘Maybe we shouldn't have it on the 13th,’ that's what they're going to do."

Experts also say more people are travelling to get married, and some who had plans before cuts to the federal public service have had to put them on hold.

"It's all about economics, I think when people are worried about their jobs [they] cut back on the things they don't need to do right away," said Brian Henry.

"So they're all getting married in 2014. We're seeing a huge increase and in fact this is the best year in advance sales we've ever seen."

One wedding photographer said they were making them most of their down year, expanding the business to include family photography.