Human trafficking in Ottawa is a $26-million industry that is dangerous and growing, so police and researchers are focused on learning more about it. 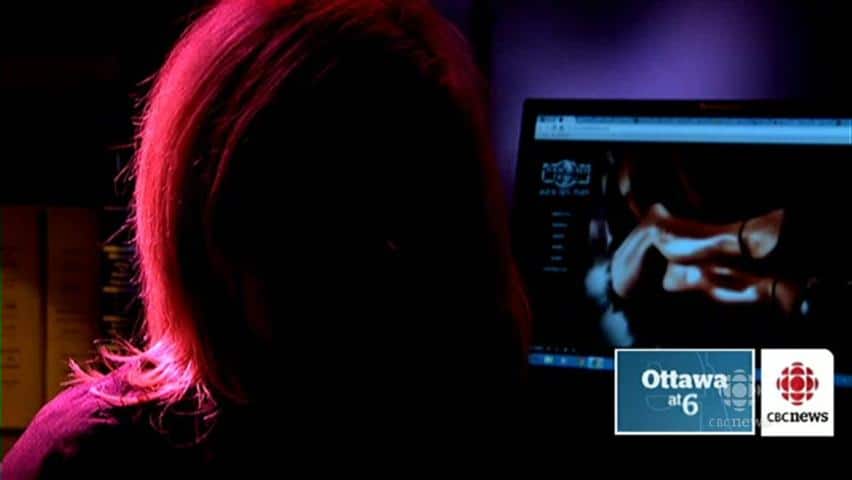 'Sarah' tells how she was forced into prostitution

7 years ago
5:14
Most human trafficking cases involve women who are forced into the sex trade. We hear from one of these women. 5:14

Researchers and police say they are targeting a $26 million industry that’s one of the most dangerous in Ottawa: human trafficking.

Researcher Elise Wohlbold is studying the scope of human trafficking in Ottawa as part of the two-year long Project imPACT (PACT stands for Persons Against the Crime of Trafficking in humans). She is focused specifically on the trafficking of young women for the purposes of sexual exploitation.

This week, Judy Trinh investigates Ottawa's human trafficking industry. Watch her stories on CBC TV at 6 and listen on CBC Radio One.

Over the past 10 months, Wohlbold says she has visited women’s shelters and the rape crisis centre, talked to police and social workers and examined court documents on human trafficking cases in Ottawa.

The project, which will result in a community safety audit, has identified 140 women who said they are being forced to do sex-trade work in Ottawa, with 90 per cent of them born in Canada.

“It's far more prevalent than we thought,” said Wohlbold, whose project received $200,000 from the federal government.

“We knew human trafficking was happening, but the extent is surprising … they range from the age of 12 to 25.”

The industry is a lucrative one worldwide. The International Labour Organization estimates human trafficking is a $32 billion global crime industry.

Wohlbold estimates the human trafficking industry in Ottawa is worth $26 million, with prostitution fuelling that dollar figure. Ottawa police said the average price for an escort is $200 an hour.

In the past six months, police have also investigated human trafficking in a more active way by creating a full-time unit consisting of four detectives and one sergeant that focus on rescuing girls under the age of 18.

Insp. Paul Johnston said police are finding more cases of women being trafficked, but the victims are usually too scared to share their story or file a complaint.

“Our experience is that this is not a complaint-driven process, so we're not waiting for them to come in. We need to go out there,” Johnston said.

As part of their investigation, officers go undercover as johns and book appointments with possible human trafficking victims. Once they make face-to-face contact with a girl, the undercover officer has to develop trust and convince a girl she can leave her trafficker.

It’s a process that could take months, police say.

“We speak in plain terms, make sure they understand we care, that we are here to genuinely care and get them out,” said Johnston. “That means they have to walk out without their clothing, their ID and we have to find them a place to stay.”

Even when a victim is rescued, there is no guarantee she will testify, police said.

CBC News spoke with a former victim of human trafficking named Sarah who agreed to share her story, but on the condition we only use a pseudonym.

Sarah, now 28, said she spent four years working in the sex trade before running away.  She said she was forced into prostitution by a Hells Angels gang member, and said she was too scared to report the man to police.

“I don't want to put my family at risk … the most important people to me are my loved ones and that's what I have to do to protect them,” she said, referring to her decision not to go to police.

On Tuesday, CBC News will examine why lobby groups are focusing on those who purchase sex and making that act illegal.