Despite calling it a "priority," the Ottawa Police Service has not bolstered mental health training for its officers in the wake of the July death of Abdirahman Abdi.

Despite calling it a "priority," the Ottawa Police Service has not bolstered mental health training for its officers in the wake of the death of Abdirahman Abdi, a mentally ill 37-year-old man who died in July after a violent arrest.

According to the force's own numbers, only 160 of its approximately 1,400 officers, or 11 per cent, have received special crisis intervention training to deal with mentally ill people.

The majority of the officers given this training are patrol officers and new recruits.

Their inaction speaks louder than words. If something is a priority you don't drop the course.Lawrence Greenspon , Abdi  family lawyer

The training course is taught by a psychiatrist, involves a question-and-answer session with mentally ill patients, and goes beyond the use-of-force training officers receive in police college.

The Ottawa Police Service has offered this specialized course twice a year since 2011, but no course was offered to frontline officers this year, and no training has been scheduled in the more than two months that have passed since Abdi's death.

The lack of training, given such a high profile and questionable in-custody death, troubles Lawrence Greenspon, the lawyer obtained by Abdi's family. 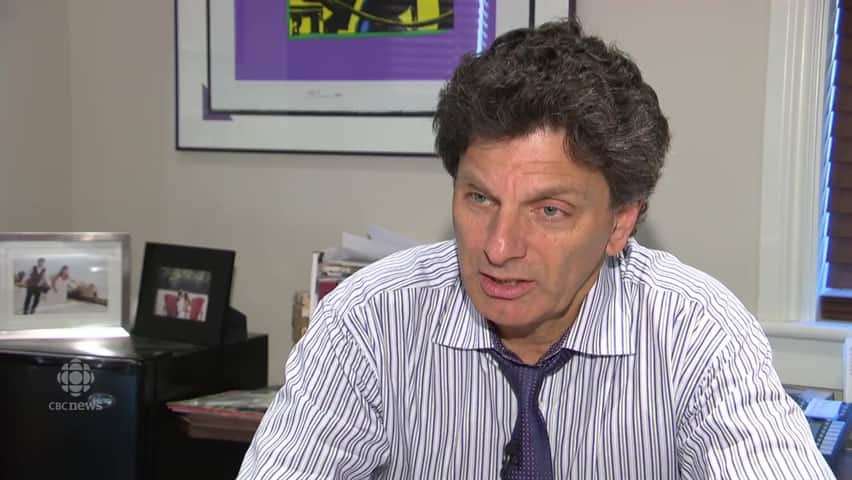 4 years agoVideo
0:17
Lawrence Greenspon, the lawyer for Abdirahman Abdi's family, says mental health training should be more of a priority for Ottawa police. 0:17

"Their inaction speaks louder than their words," said Greenspon. "If something is a priority, you don't drop the course."

Greenspon didn't elaborate on the type of mental illness Abdi had, but noted that Ottawa police were aware he had mental health issues. The Somali-Canadian had visited a police station before his death to seek help for his condition and was subsequently treated in hospital, Greenspon said.

On July 24, Abdi lost vital signs following a takedown by two officers at the entrance to his Hilda Street apartment building.

More than a dozen witnesses have told CBC News they saw two officers repeatedly strike Abdi on his head and body, using batons and fists.

Family members who saw the arrest through the glass doors of the apartment foyer say they tried to tell police that Abdi had a mental illness, but that their screams were ignored.

Police cornered Abdi after he fled a nearby Bridgehead coffee shop where he reportedly groped people and had to be physically restrained and escorted out of the cafe. Abdi was a regular at the Bridgehead, and while staff and some customers were aware he had a mental health issue, it's not known if that information was conveyed to the 911 dispatcher.

Still, police should have known Abdi's behaviour at the time of his death was clearly indicative of someone who had mental health issues, Greenspon said.

For the past five years, Dr. Peter Boyles, an emergency room psychiatrist at The Ottawa Hospital, has been working side-by-side with an officer in the police force's mental health unit to train other officers in enhanced crisis intervention.

While his course has been described as the "gold standard" by senior officers, Boyles hasn't been asked to teach a course this year.

Boyles has accompanied Ottawa police on 911 calls, and told CBC News that officers are dealing with an increasing number of mentally ill people and are often put in extremely dangerous situations because they have limited information.

They may know a person has a mental illness, Boyles said, but not if he or she is bipolar or schizophrenic.

When people are mentally ill, I think the interaction has to slow down ... but frontline officers are extremely busy.Dr. Peter Boyles , Ottawa Hospital psychiatrist

Boyles said he knows his two-day course doesn't turn officers into "experts," but he aims to help them recognize the symptoms of different illnesses and the do's and don'ts of how to react.

In teaching officers how to handle violent and suicidal people, Boyle often brings in some of his patients who have had dealings with police to answer questions about how they were treated and what measures were effective in calming them down.

Boyles stipulated that he teaches communication, not de-escalation. He said he's concerned Ottawa police officers are too often under pressure to resolve issues quickly.

"When people are mentally ill, I think the interaction has to slow down — meaning it is going to take more time to deal with calls with mental illness," Boyles said. "But frontline officers are extremely busy."

Boyles said patrol officers who are the first on scene would benefit the most from his course. But he said he's noticed recently that vacancies are sometimes filled by special constables or civilian staff.

Matt Skof, president of the Ottawa Police Association, said the lack of training is linked to an inability to backfill officers.

"We're short-staffed, so you don't have enough officers on the front lines capable of going out of service to take a course," Skof said.

But even without the mental health course, officers are adequately trained, Skof said.

"The training we have falls within provincial standards," he said.

Bal said the mental health unit is in the process of "expanding their pool of experts" and reaching out to other psychiatrists to teach the course, instead of solely relying on Boyles.

Ottawa police haven't set targets for mental health training, Bal added, beyond trying to ensure all new recruits get it. The force hopes to have two courses scheduled for officers by the end of November, he said.

For now police are focused on scheduling mandatory annual use-of-force training for their officers so they can improve their de-escalation techniques, even though a recent Ontario Ombudsman report found that training to be insufficient in dealing with people who are mentally ill.

Bal also refused to say if Daniel Montsion and Dave Weir, the two constables being investigated by the province's Special Investigations Unit for their role in Abdi's death, received mental health training.

That's a question Lawrence Greenspon says needs to be answered.

"The whole point of taking the course is to enable officers on the street to handle [mentally ill people] more effectively in a more humane fashion," said Greenspon.

"To say they are too busy to be properly educated to do their job is a poor excuse ... if that training was received by officers in the Abdi case, would there be a different result?"