Ottawa's police chief says there's no question that it took longer than anticipated for Canada Day revellers to get through Parliamentary Protective Service checkpoints onto the Hill, but that their number 1 priority was to keep people safe.

Safety objective achieved, but waits of up to 5 hours to pass through security 'not acceptable' 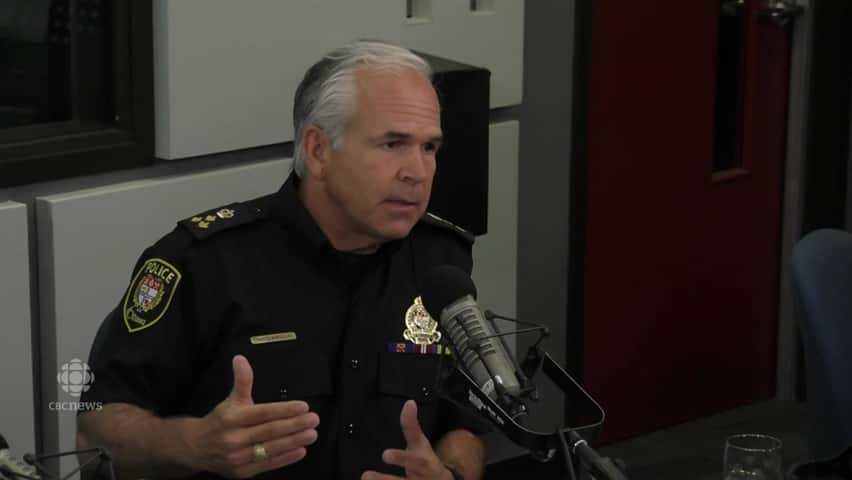 4 years ago
0:58
Ottawa police Chief Charles Bordeleau says security checkpoint lineups took too long to get through on Canada Day, but that safety was priority number 1. 0:58

Ottawa's police chief says there's no question that it took longer than anticipated for Canada Day revellers to get through Parliamentary Protective Service checkpoints onto the Hill, but that their number 1 priority was to keep people safe.

"We knew that our change in our security posture would have an impact, and we talked about what's acceptable and what's not acceptable as far as the impact that's going to have on people. And clearly, the number of people that were flowing through the security checkpoints was slower than we anticipated," Chief Charles Bordeleau told CBC Radio's Ottawa Morning on Tuesday.

"We wanted to make sure that the public wasn't inconvenienced too much. However, waiting three, four, five hours in a lineup to get to the Hill, clearly that's not acceptable."

Ottawa police will be taking part in a debrief session with RCMP and the Parliamentary Protective Service, the two agencies responsible for the two screening checkpoints, "to see how we can improve things for the following years," Bordeleau said.

"There's no question that it took longer than we anticipated to flow people through security checkpoints. I'm not too sure why that was the case, whether we needed another tent as well to flow more people through. But clearly a huge number of people came down to the downtown core to go onto the Hill and people needed to be there early to get on," he added.

'Very pleased that there was no major event'

But Bordeleau said the security measures taken that day — for the biggest event held in the nation's capital — were necessary.

"Our number 1 priority was to keep people safe, so we achieved that objective," Bordeleau said.

"We're very pleased that there was no major event of significance. Things from that perspective went extremely well, and I'm very proud of the officers who worked that day."

One thing that contributed to the delays was the rainy weather, Bordeleau said. Some people left when it rained or decided not to come at all, and later came back or decided to come once the weather improved, causing a bottleneck. And flooding on Parliament Hill for a time prevented officials from filling up the Hill to capacity.

Another contributor was freezing access to the Hill when certain VIPs arrived, including Prince Charles and the Duchess of Cornwall. The freeze was planned, Bordeleau said, but officials didn't realize the impact it would have on the crowd trying to get in.

Listen to the entire interview with Bordeleau here.