Including this week's $8-million grant to Trinity, councillors have approved $70 million in brownfields grants over the past decade. But are we subsidizing projects that would have been built anyway?

Trinity joins other local large developers in receiving millions from the city to remediate contaminated lands, including Cadillac Fairview that received money to expand the Rideau Centre, and the Regional Group that received the largest-ever brownfields grant — more than $15 million — to clean up and develop a 900-home community on the former Oblate Fathers' lands in Old Ottawa East.

In fact, since the brownfields policy came into effect in 2007, councillors have approved more than $70 million worth of grants for about 35 projects, usually with little or no discussion.

And yet, it's not clear whether the grants are, in the words of urban studies professor Chris De Sousa, "subsidizing something that would have happened anyway without the subsidy."

City has awarded $70M in brownfields grants since 2007

Ottawa is far from alone in offering developers incentives to build on contaminated lands, known as brownfields. The policy has been tweaked in 2010 and 2015, and today generally amounts to paying a developer for half the clean-up costs.

The city doesn't cut these companies big cheques. Instead, the money is doled out over a 10-year period in the form of property tax rebates.

In theory, the grants are supposed to spur projects that wouldn't have otherwise gone ahead, so giving up a fraction of future property taxes isn't a big deal because the city wouldn't have been receiving those taxes anyway, right?

Do these projects really hinge on city money?

An inherent problem with economic development incentives is it's almost impossible to prove the money is going to projects that would otherwise not have gone ahead.

It's hard to imagine, for example, that Cadillac Fairview would have cancelled its Rideau Centre expansion without the city's $3.2 million brownfields rebate, or that Walmart would have backed out of its Baseline location if it wasn't for that $1.7-million incentive.

That's not to say the grant isn't part of a developer's overall plan. A decade after its inception, the brownfields policy is so well-established it's become baked into the purchase price.

"When we did our due diligence it was on the assumption we'd be participating in the city's brownfields program," Ryan Moore, Trinity's VP of development, said of the 900 Albert proposal. "So our financials had contemplated that."

Asked directly if Trinity would have gone ahead with its massive project that proposes retail shops, offices and more than 1,600 condos in three 55-storey towers, without the $8 million in brownfields money, he simply answered: "It's hard to say."

Incentives other than money

At Tuesday's finance committee meeting, Moore and city staff both spoke about how the project is a wonderful "opportunity" for city building. That's because 900 Albert is right near the future Bayview light rail transit stations, the only place where the Confederation and Trillium lines will intersect.

The city wants intensification around the stations of the new $2-billion LRT system. To that end, the city has increased densities and heights in the areas surrounding most of the new stops.

But isn't the light-rail system its own development incentive? After all, other cities' experience shows that property near rapid transit increases in value because people want to live near it.

Some municipalities encourage brownfields redevelopment by changing the zoning and density of land, according to De Sousa, a professor and the director of Ryerson University's school of urban and regional planning.

For example, in most major Canadian cities, rezoning industrial land to residential will increase the property's money-making potential.

Benefit to owners of contaminated land

Like other proponents of brownfields policies, De Sousa was at pains to point out that remediating contamination was a public good, and in many cases, a responsible use of taxpayer money. Mayor Jim Watson said that, as the city was sometimes responsible for adding to the contamination, the policy amounted to "paying for past sins."

But wouldn't it be fairer if property owners themselves paid for the past sins?

The brownfields program essentially subsidizes owners — sometimes the very ones who are responsible for the contamination, or who perhaps bought the land in the past at a discount.

Consider that city taxpayers may be on the hook for $60 million in brownfields grants for the Zibi development, even though it was Domtar that was responsible for the bulk of the contamination.

That's why cities must examine whether their brownfields grants continue to be necessary, said De Sousa.

"Cities have to ask themselves, 'What would happen without the subsidy?'" he said. "They have to crunch the numbers to see if the subsidy is being abused or is still needed."

He pointed out that in Ontario, where urban boundaries are being kept in check, developers may become more willing to to take on brownfields projects due to the increasing scarcity of land.

LeBreton Flats is a prime example.

There is no question those lands are contaminated and remediating them would be beneficial. But it's also a rare chunk of downtown land in the national capital. Is it a burden to be allowed to develop those 21 hectares, or a commercial privilege?

And should the price of clean-up be built into the purchase price the National Capital Commission is offering, or borne by the taxpayers of Ottawa?

It's a discussion we should have rather soon, as the question of how many tens of millions of dollars the city should be spending to clean up LeBreton will be coming to City Hall next month. 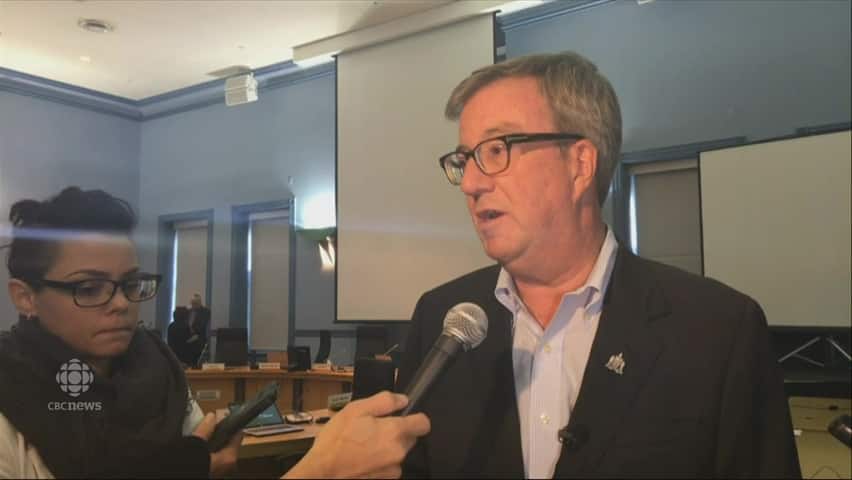