It’s been 10 years since OC Transpo buses ground to a halt for what would become a 51-day strike.

We heard from you about your memories of the transit strike 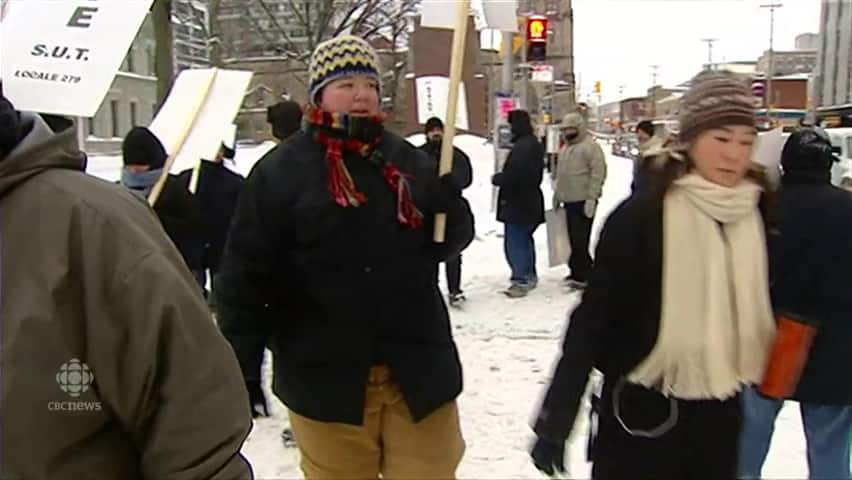 2 years agoVideo
0:35
It's been 10 years since an OC Transpo strike left commuters struggling. 0:35

It's been 10 years since OC Transpo buses ground to a halt for what would become a 51-day strike.

For people living in Ottawa at the time, it meant a lot of walking, carpooling and working from home. On the first day of the strike, Dec. 10, 2008, the region was hit with a heavy snowfall, making the commute even more challenging.

The strike was eventually settled with a threat of federal back to work legislation, pushing both sides to agree to arbitration. The biggest sticking point was scheduling, with drivers not willing to accept changes the city wanted on how shifts were set.

Here's some of what you had to say about what the strike meant to you.

Had an exam the morning after the strike. I slept on campus to not miss my exam and walked from@Woodroffe to Walkley ghe next day...Yes I was bitter until I got home to see my mum (rip ma’) waiting for me with a nice bowl of soup

I mean, in positive news, the strike caused me to move in with my girlfriend, ostensibly to be nearer to work - it was. 10 years on and I still haven't left.

Wow that long. I recall moving to Ottawa that year and having to car pool just to get to work.